Tiffany Haddish Attends ''Jungle Cruise'' Premiere Despite not Starring in it 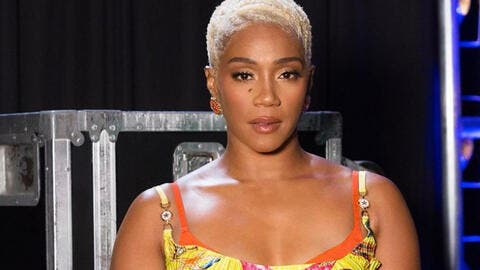 Even though the comedian did not appear in the movie, she said she loves The Jungle cruise and decided to attend the premiere.

And online database information website IMDb revealed that Dwayne Johnson's new movie Jungle Cruise will be shown in French theaters on July 28, to be released on July 30, in the United States of America, and the producing company had released the trailer of the movie, which won the admiration of thousands of people waiting for work on the YouTube video site.

The release of the movie Jungle Cruise has been postponed for a whole year, as it was scheduled to be released on July 24 of last year, 2020.

Jungle Cruise is about a Disneyland amusement ride, where a group of travelers take a small riverboat through a forest full of dangerous animals and reptiles, but with a supernatural element.