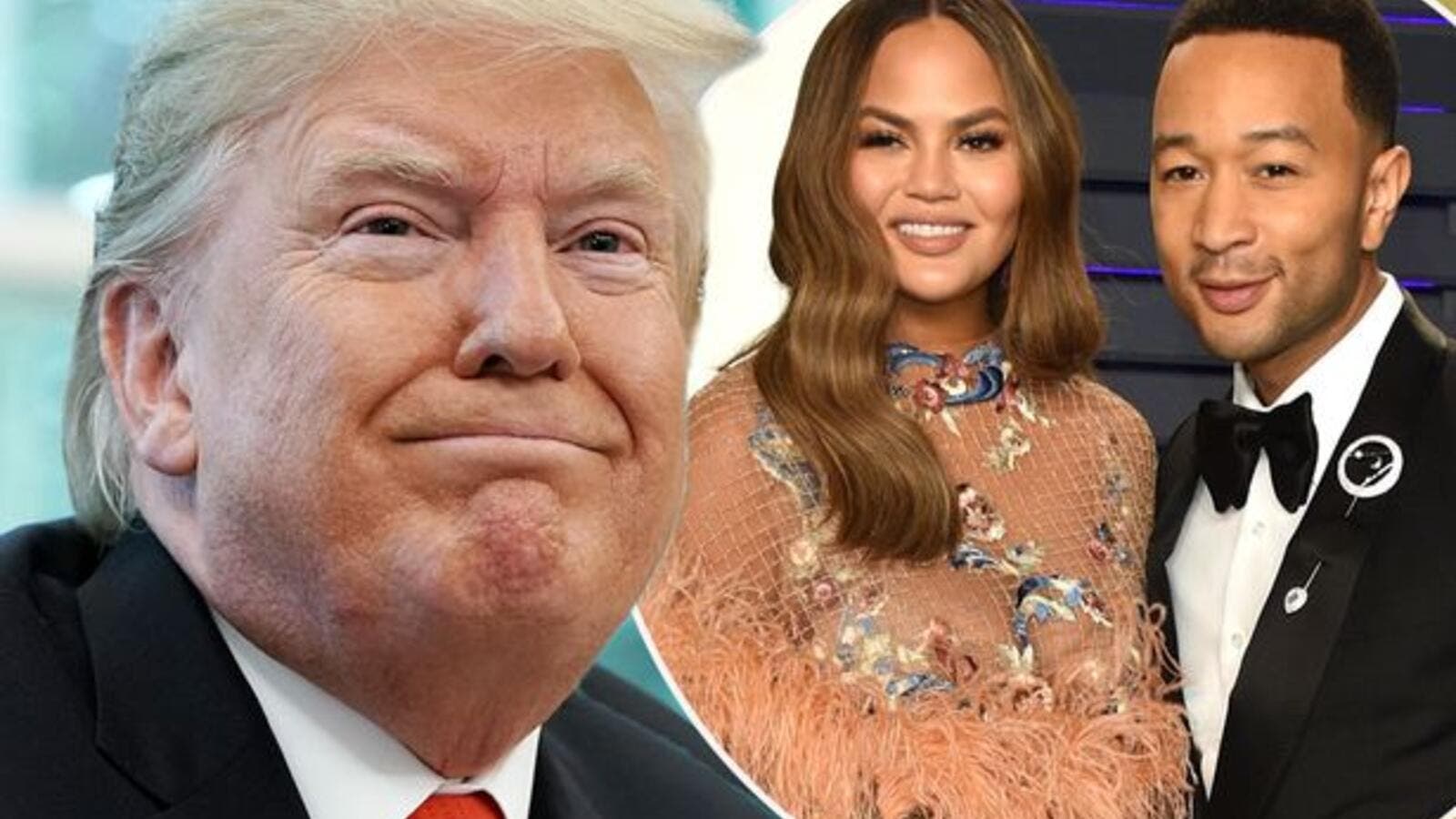 President Donald Trump has slammed 'boring' John Legend and his 'filthy mouthed wife' Chrissy Teigen for stealing all of his credit for new criminal justice reforms in late-night Twitter war.

The president was having what Teigen called a 'meltdown' Sunday night on Twitter when he took aim at the TV host and model and her multiple Grammy award-winning husband.

The special featured Legend, who is the founder of FREEAMERICA, an organization that raises awareness for criminal justice reform.

'When all of the people pushing so hard for Criminal Justice Reform were unable to come even close to getting it done, they came to me as a group and asked for my help. I got it done with a group of Senators & others who would never have gone for it. Obama couldn’t come close,' Trump wrote in the first tweet.

'A man named @VanJones68 and many others, were profusely grateful (at that time!). I SIGNED IT INTO LAW, no one else did, & Republicans deserve much credit. But now that it is passed, people that had virtually nothing to do with it are taking the praise. Guys like boring.....

'....musician @johnlegend and his filthy mouthed wife, are talking now about how great it is - but I didn’t see them around when we needed help getting it passed. “Anchor”@LesterHoltNBC doesn’t even bring up the subject of President Trump or the Republicans when talking about...' the president continued.

Trump did not mention Teigen by name nor did he tag Teigen, who has been an outspoken critic of Trump for nearly a decade, in his tweets.

'Imagine being president of a whole country and spending your Sunday night hate-watching MSNBC hoping somebody--ANYBODY--will praise you. Melania, please praise this man. He needs you,' Legend wrote.

'Your country needs you, Melania,' Legend continued before sharing a GIF of the first lady and Justin Trudeau with the caption: 'Ah yes, Melania is otherwise occupied. My apologies, @realDonaldTrump.'

Unlike her husband, Teigen did not mince words.

'lol what a p*ssy a** b**ch. tagged everyone but me. an honor, mister president,' Teigen tweeted.

She followed that one up with a photo of herself and her family's dog Luna that had the caption: 'Luna, remember the night before your first day of school? When mommy was making your sign and the p*ssy a** b**ch president had his 9th meltdown of the day.'

Luna, remember the night before your first day of school? When mommy was making your sign and the pussy ass bitch president had his 9th meltdown of the day pic.twitter.com/ZFZHJYrDPG

Teigen didn't stop there and added a GIF of her own with the caption: 'the absolute best part of his tweet is I literally didn't speak in the special, nor was I mentioned. I'm cackling at the pointless addition of me because he cannot not be a b**ch.'

the absolute best part of his tweet is I literally didn't speak in the special, nor was I mentioned. I'm cackling at the pointless addition of me because he cannot not be a bitch pic.twitter.com/9ZkV7bh4FA

In his tweets, the president was apparently referring to criminal justice reforms such as the First Step Act, which Congress passed last year.

Nearly 3,100 inmates were freed from federal prisons in July, just months after the new bill recalculated their good-behavior time in prison.