Dancing With The Stars contestants brought plenty of magic on Monday's red carpet prior to the much anticipated Disney night.

And leading the pack was DWTS' host and supermodel Tyra Banks, who rocked a Minnie Mouse inspired ensemble.

The gorgeous star, 46, gave major Minnie vibes in her polka dot patterned frock with her coordinating Minnie ears for a perfectly magical look.

Tyra looked amazing in the crimson number, which featured a solid hued top half with polka dots of different sizes in white and silver on the skirt.

The train of the dress featured small silver dots as well; both the skirt and the train had silver Mickeys emblazoned on it as well.

Tyra rocked a large diamond necklace which perfectly matched her elaborate Minnie ears, which featured black and silver ears with a sequined red bow in the center.

She finished off her look with pointed yellow heels and her tresses loose and in waves around her. 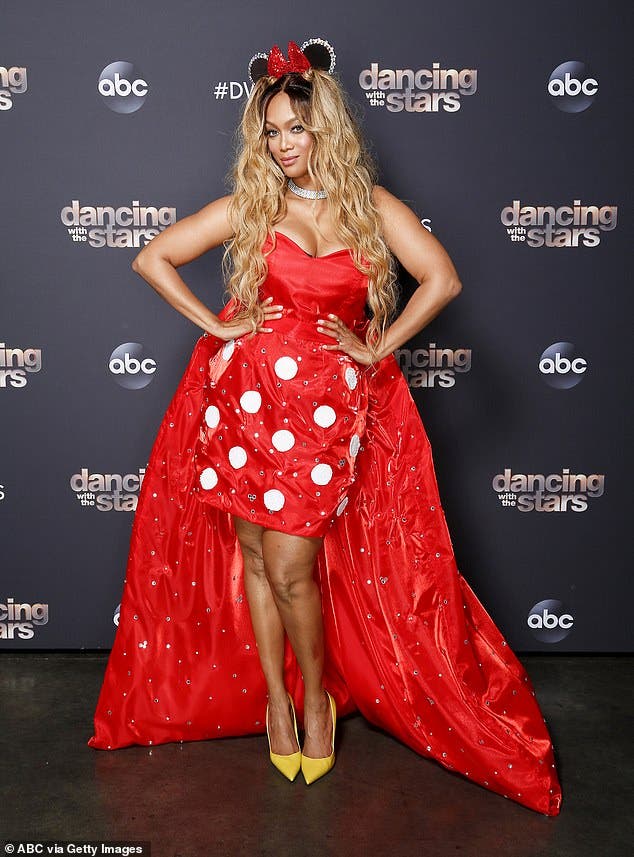 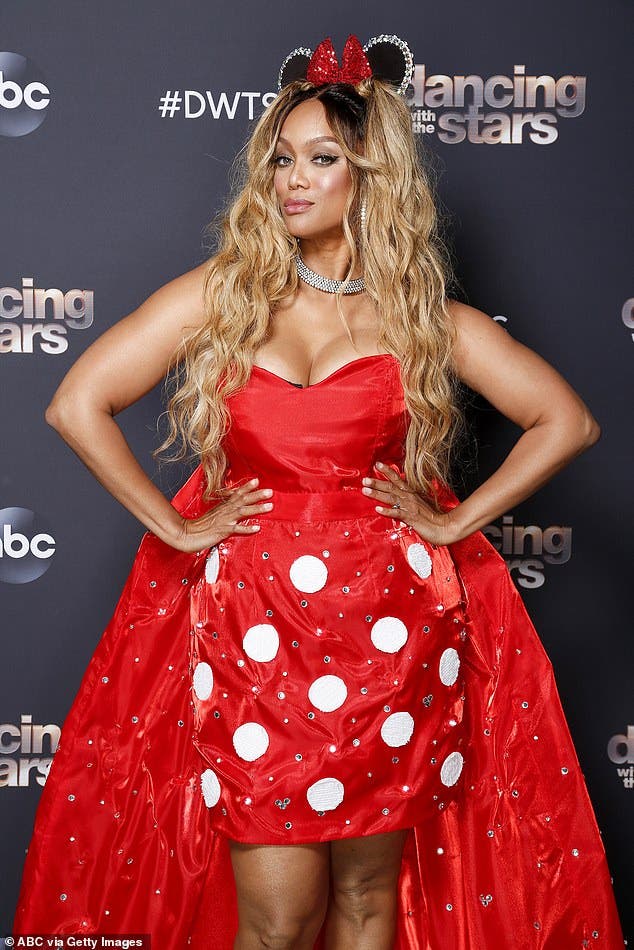 Hope I make you proud, @minniemouse. I’m channeling you tonight on the @dancingabc. ?❤️