Published July 31st, 2021 - 08:20 GMT
The show will be released in 190 countries
Highlights
Netflix has released the trailer of its Arabic Original production, ‘Al Rawabi School for Girls’ 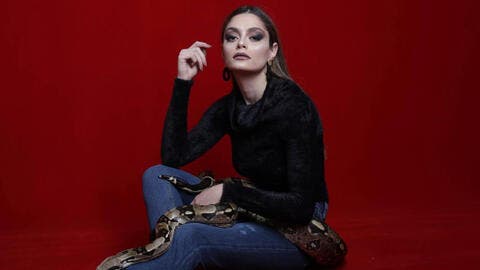 The new series which is directed by Jordanian actress Tima Shomali tells the story of a girl named Mariam (played by Andria Tayeh) who is bullied in her all-girls high school, she ends up gathering a group of outcasts and together they plot the perfect revenge to get back at their tormentors and send the students and administration into a spiral. Set amongst school and home life.

And on Thursday, Netflix shared a glimpse into the world of AlRawabi School in the new trailer, where the characters face challenges during this critical stage in their lives.

Shomali previously revealed her vision for the new show as she admitted it was her 'long life dream project', ''As a teenager, I felt the lack of shows that talked about young girls at that age. There wasn’t something that I could relate to that also entertained me. Today, there is still limited content directed at young people, particularly girls. That’s how the idea of creating a show that young girls around the world would relate to was born.'' she said.

The Jordanian producer also wanted to 'shed light on the challenges that young women face in high school'.

''The one thing I always found lacking in most shows that talk about women is the female perception on their issues. So I gathered around a brilliant team of women to work on developing and executing the show’s creative vision. Together, we envisioned and built the elements of the Al Rawabi world, starting from the characters, set design, colors, lighting and even the music.'' she stated.

Al Rawabi School For Girls will be available on Netflix on the 12th of August.

The show will be released in 190 countries around the world and available in over 32 languages.

The series is the second Arabic Original show from the streaming giant, the first being ‘Jinn’ in 2019.