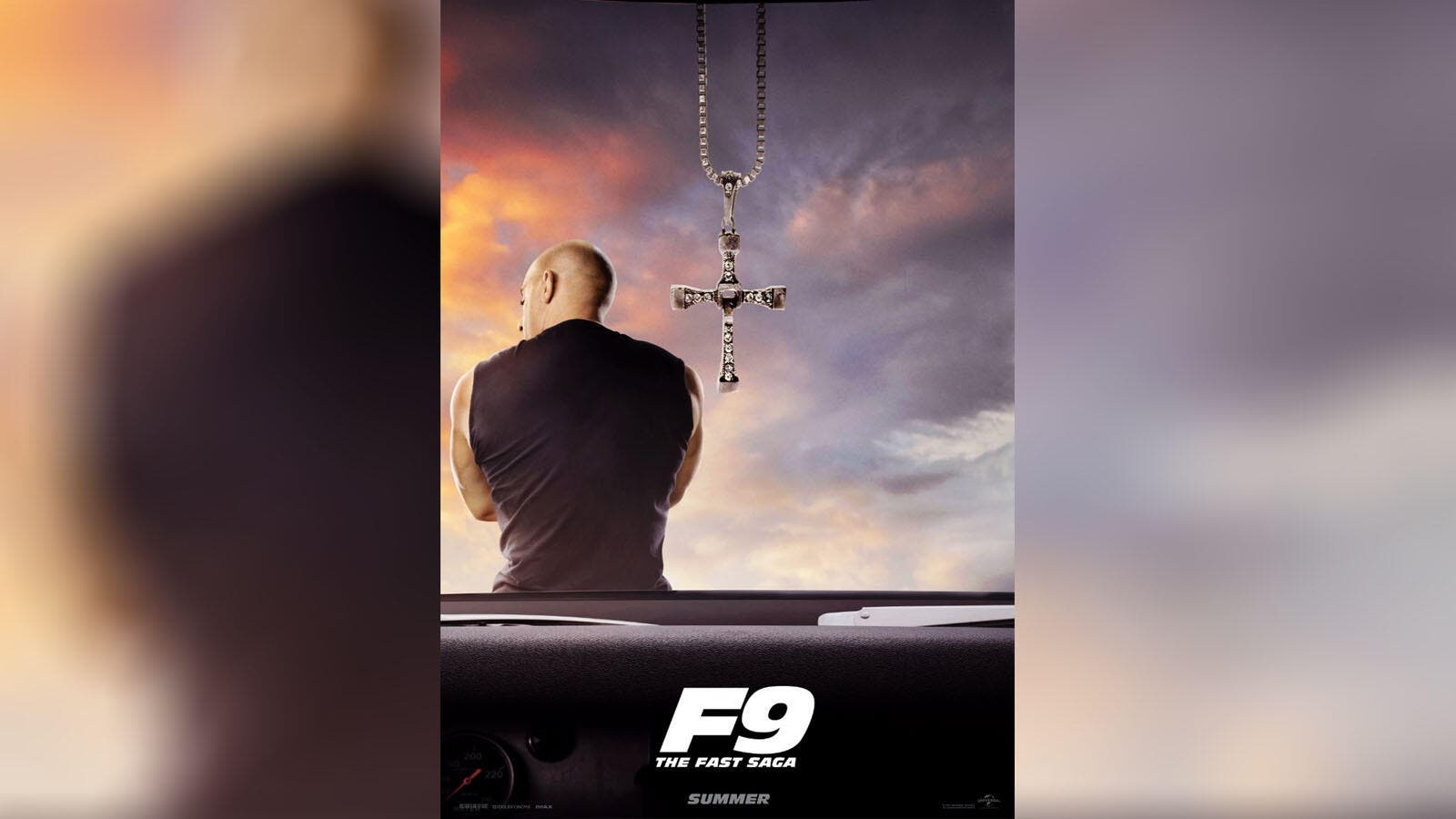 F9 opens in theaters May 22
Highlights
Vin Diesel returns in a first teaser trailer for F9.

The preview for the new Fast & Furious movie features Diesel as his character Dominic Toretto, a former criminal and retired professional street racer.

The teaser shows Toretto (Diesel) living a quiet life with his wife, Letty Ortiz (Michelle Rodriguez), and their son, Brian. Toretto is seen caring for Brian, named for his friend Brian O'Conner, played by the late Paul Walker in previous films.

"Things change. Now that I am a father, I can't live my life a quarter mile at a time anymore," Toretto says.

The teaser ends with Ortiz giving Brian a necklace as "protection from what's coming."

A poster released Tuesday on Twitter shows Toretto and the necklace.

"He's lived his life a quarter mile at a time," the post reads.

A full-length trailer for the film will be released Friday.

F9 is the ninth movie in the Fast & Furious franchise. The most recent installment, The Fate of the Furious, opened in theaters in April 2017.