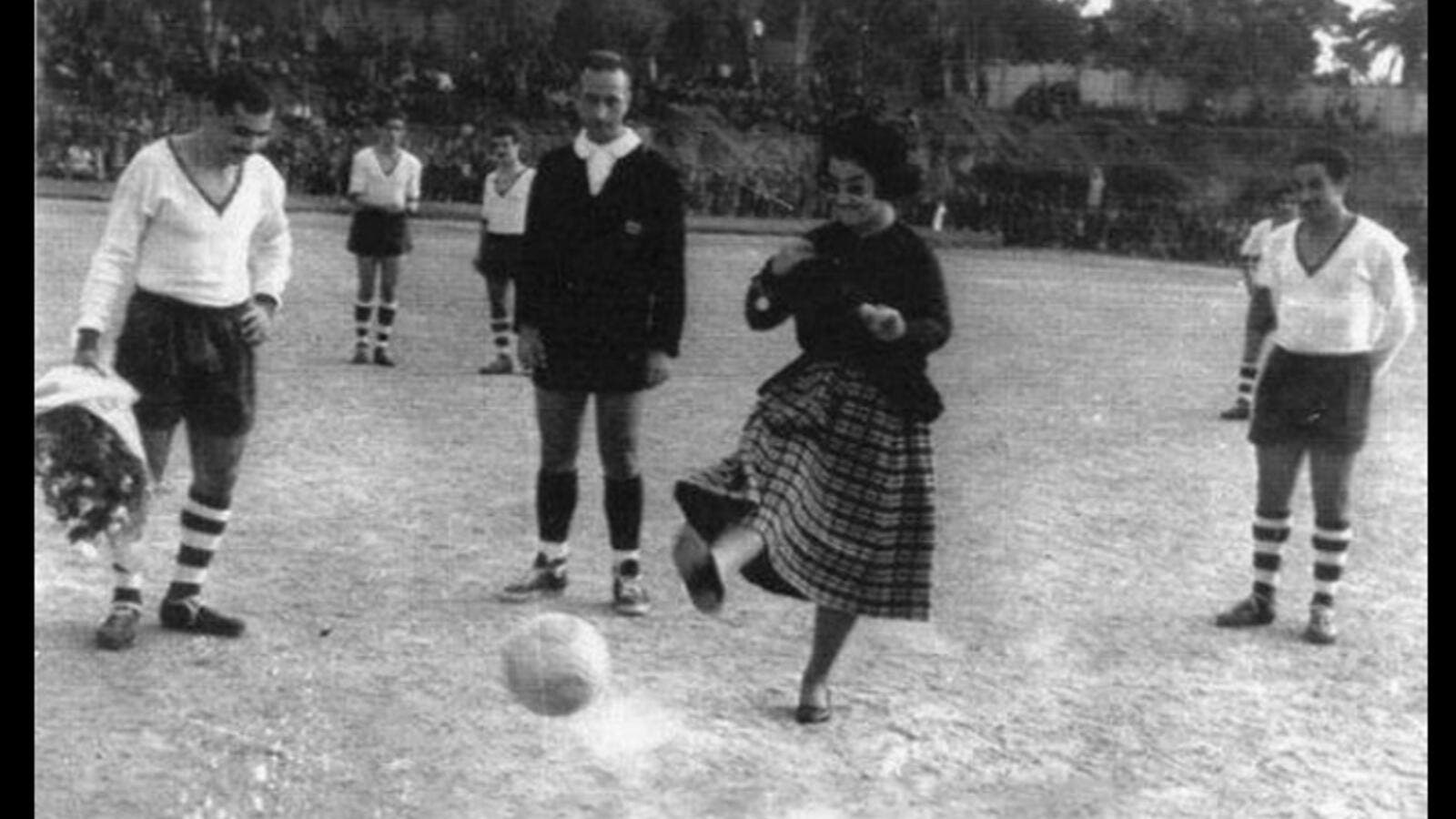 The veteran singer sported a stylish long skirt and sunglasses as she joined in the fun; on the plus side, she was wearing a pair of flat shoes, and left the heels for the stage!

Music and football fans alike were thrilled at seeing the graceful starlet playing footie, which they considered as evidence that all Algerians are truly passionate about the game.

Warda passed away at the age of 73 after encountering a sudden heart attack in her Cairo home in 2012.