Watch: "Everyone Will Betray You," The New Han Solo Trailer is Such a Downer 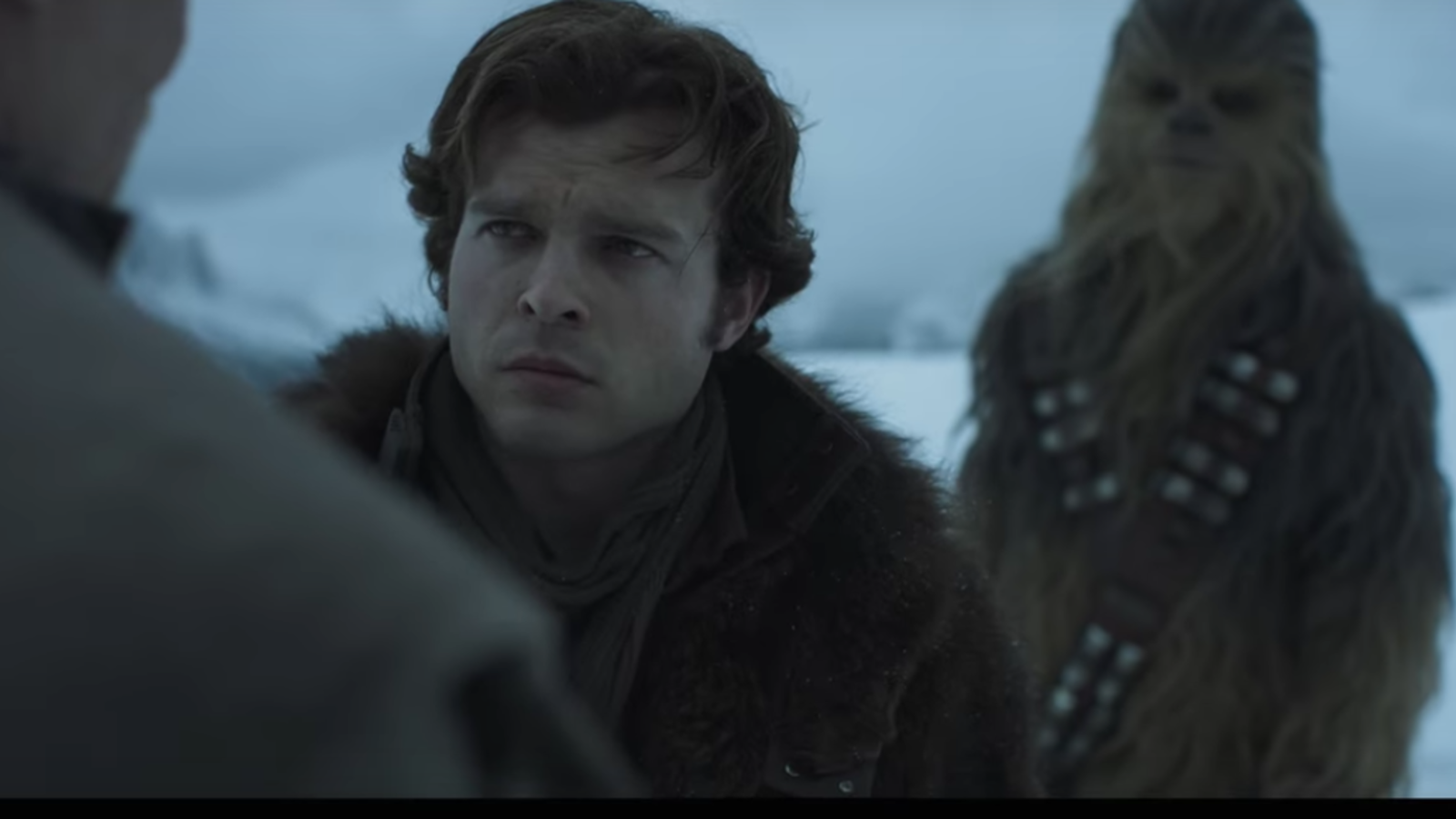 Starring Alden Ehrenreich as a younger version of the wise-cracking hero, the latest chapter in the franchise is set for a worldwide release May 25 after a Cannes Film Festival premiere. Solo will also feature Woody Harrelson, Emilia Clarke and Donald Glover.

This weekend's 2 1/2-minute preview features Han and his Wookiee sidekick Chewbacca [played by Joonas Suotamo] flying their iconic spaceship, the Millennium Falcon. It also shows Han meeting Glover's Lando Calrissian, who was first played in the Star Wars universe by actor Billy Dee Williams. Here, Lando boasts to Han that "everything you've heard about me is true." Clarke's new character Qi'ra tells Han he looks good -- a "little rough around the edges, but good" -- and suggests he is "after something." "Is it revenge? Money? Or is it something else?" she wonders. Harrelson's Tobias Beckett tells Han he's "heard about a job." "A big-shot gangster's putting together a crew," Tobias says. "I'm a driver, I'm a flyer," Han tells him. "I've waited a long time for a shot like this."

Han asks Chewie -- who is revealed in the trailer to be 190 years old -- what he thinks about his plans and the Wookiee shakes his head and makes his signature sound of complaint. "Well, what do you know?" Han brushes him off. "Assume everyone will betray you and you will never be disappointed," Tobias later warns. Han ultimately dies at the hands of his adult son in The Force Awakens