The Weeknd Shaves off Beard and Debuts Handlebar Mustache.. Check Him Out!

The Weeknd debuted a new look in his native Toronto on Monday.

At the Toronto International Film Festival premiere of the new movie Uncut Gems, the 29-year-old singer revealed he has shaved off his beard.

The pop act, who was making his first red carpet appearance since his latest reported breakup with Bella Hadid, kept a handlebar mustache and stubble. 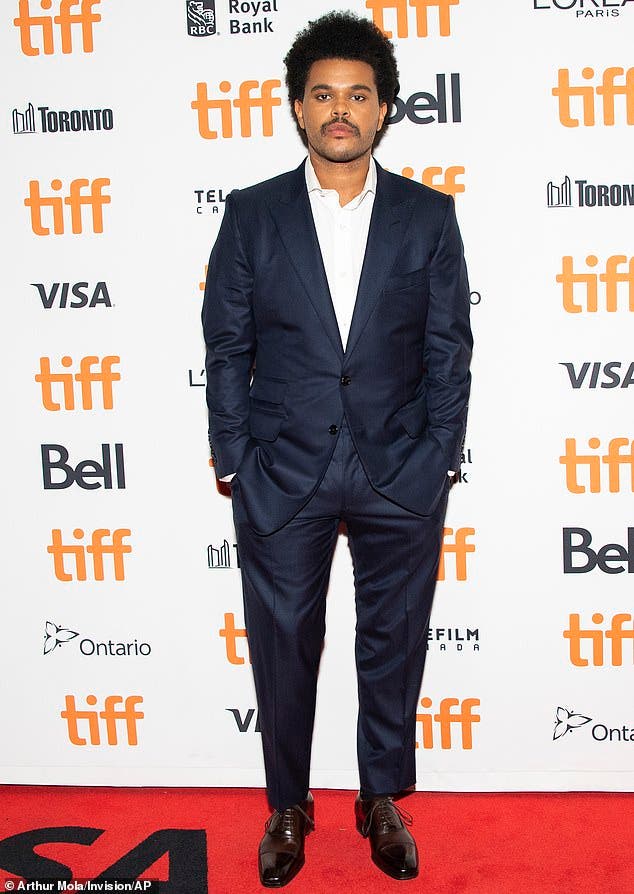 He arrived at the event in a stylish blue suit with a bit of sheen, leaving the top button of his dress shirt undone and going without a tie.

The three-time Grammy-winner rounded off his ensemble with a pair of walnut brown shoes and posed up with his hands in his pockets. 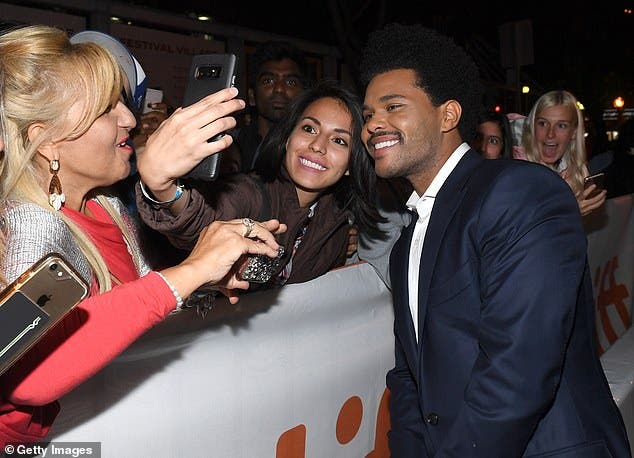 He could be glimpsed mingling at the premiere with ex-basketball player Kevin Garnett, who at 6'11" towered over the 5'8" singer.

The Weeknd has a cameo as himself in Uncut Gems, which stars Adam Sandler as a sleazy New York City diamond dealer.