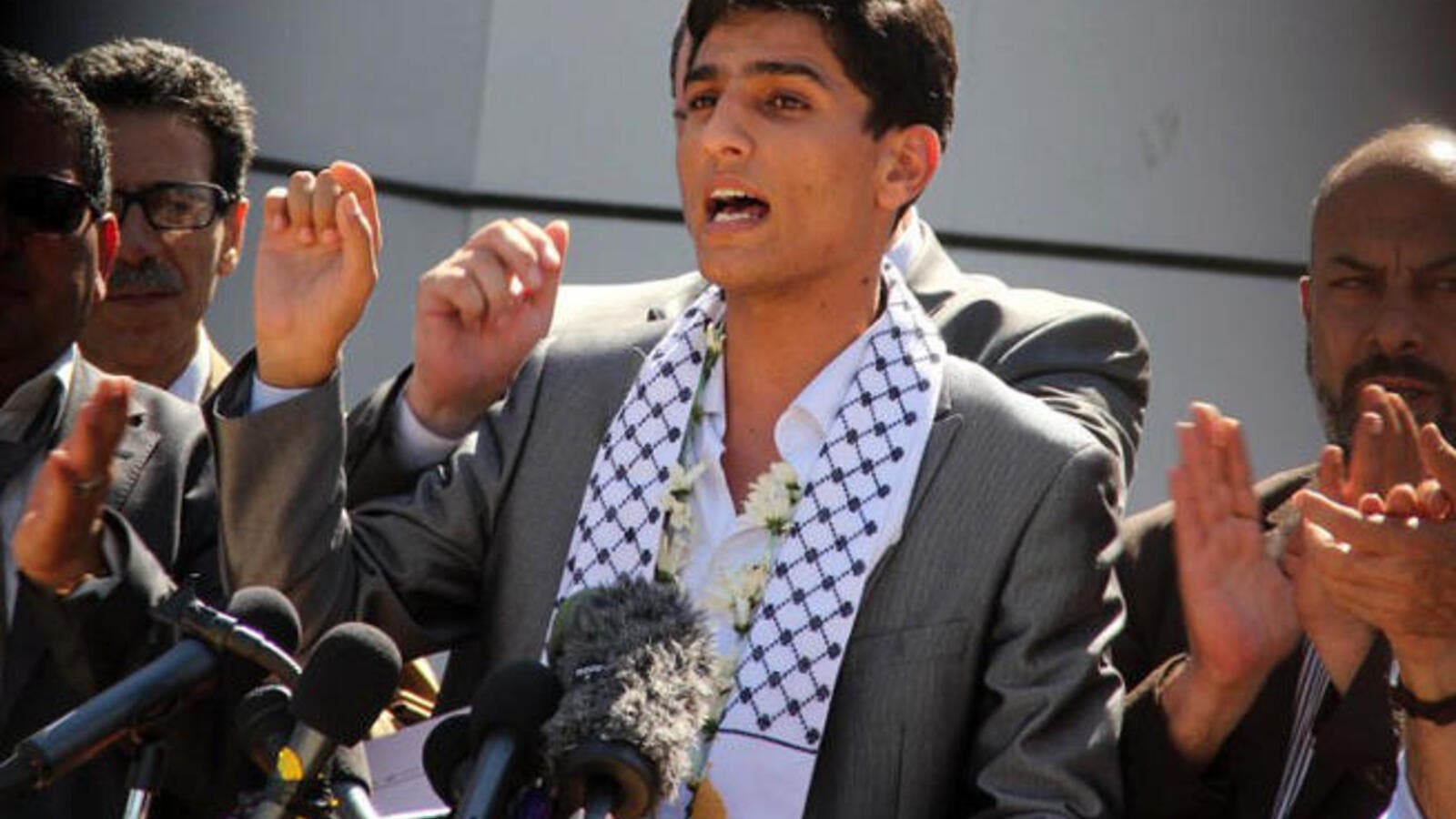 Thousands of Gaza residents Monday awaited since the first hours of the morning the arrival of the 23-year-old Palestinian inspiration, the winner of the Arab Idol singing contest, Muhammad Assaf.

Since early morning, people started to gather at the M shaped Rafah crossing, which links Gaza to Egypt in hope to see the Palestinian Idol and goodwill Ambassador and express their happiness for his return.

With the Palestine and Lebanon flags flying among the crowd and posters of Assaf hanging on surrounding buildings, Rafah crossing was crowded as people saw it a chance to welcome who has been described as the Rocket and a Hero by Arab Idol’s jury.

A loud cheering echoed across the crossing when the vehicle carrying Assaf entered as tens of youngsters surrounded the vehicle hoping to get to speak or shake hands with Assaf.

Fatah member Jihad Abu Anza told WAFA that hundreds have been waiting for the star, who was able to capture and draw world’s attention to the outstanding talent of Palestine, which deserves nourishing and respect.

Abu Anza said that Assaf has been able to achieve what politicians failed to accomplish which is peoples’ unity in favor of one cause.
Fatah member of Central Khan Younis region, Muhammad Irbei’, said that the presence of thousands of Palestinians to receive Assaf is a message to all politicians on the importance of ending Palestinian division which has been harming the Palestinian cause.
Gaza resident Muhammad Madi said that he decided to leave his work and join everyone in receiving the Arab Idol and goodwill ambassador
Madi said that Assaf’s win is not only his, but every Palestinian as well as their just cause.
Another young man, while anxiously awaited under the burning sun with the Palestinian Kuffiyah draped around his shoulders said, “We are waiting for the joy of Palestine. We will not leave until Assaf arrives.”
Meanwhile across the Gaza Strip, hundreds of Assaf’s friends, relatives, neighbors and fans gathered in front of his house in the modest refugee camp of Khan Younis to be reunited with their inspiration, Assaf, after four months of absence on his quest to compete in the prestigious contest.
A living example of paradox was the reception of Assaf; the damaged and cracked walls of the refugee camp which continue to carry the marks of the latest Israeli assault and the love of life which vibrates from the posters carrying the face of a star whose smile captivated millions around the globe.
According to Abdullah Kamil, the official representative of the National Campaign to Support Assaf, the young star is going to stay in Gaza for three days, before he takes off back to Dubai to prepare for his first TV series theme song.
Assaf is expected to return to Amman on June 6 and then arrive in the West Bank on July 1, where he is reportedly going to meet President Mahmoud Abbas, after an arranged official reception in Jericho, his arrival station, and throw three main concerts in Jenin, Bethlehem, and Ramallah, according to Kamil.
By: Malak Hasan