The American artist, producer and star of the series Suits in its original version, expressed his happiness to present the translated version of the series, Suits in Arabic, which was shown during Ramadan 2022.

And Wendell Pierce’s Arab followers aroused his interest in the series "Suits" in Arabic.

Wendell Pierce asked his followers to put a link or video for him to watch the Arab work, after they asked for his evaluation of the series Suits. 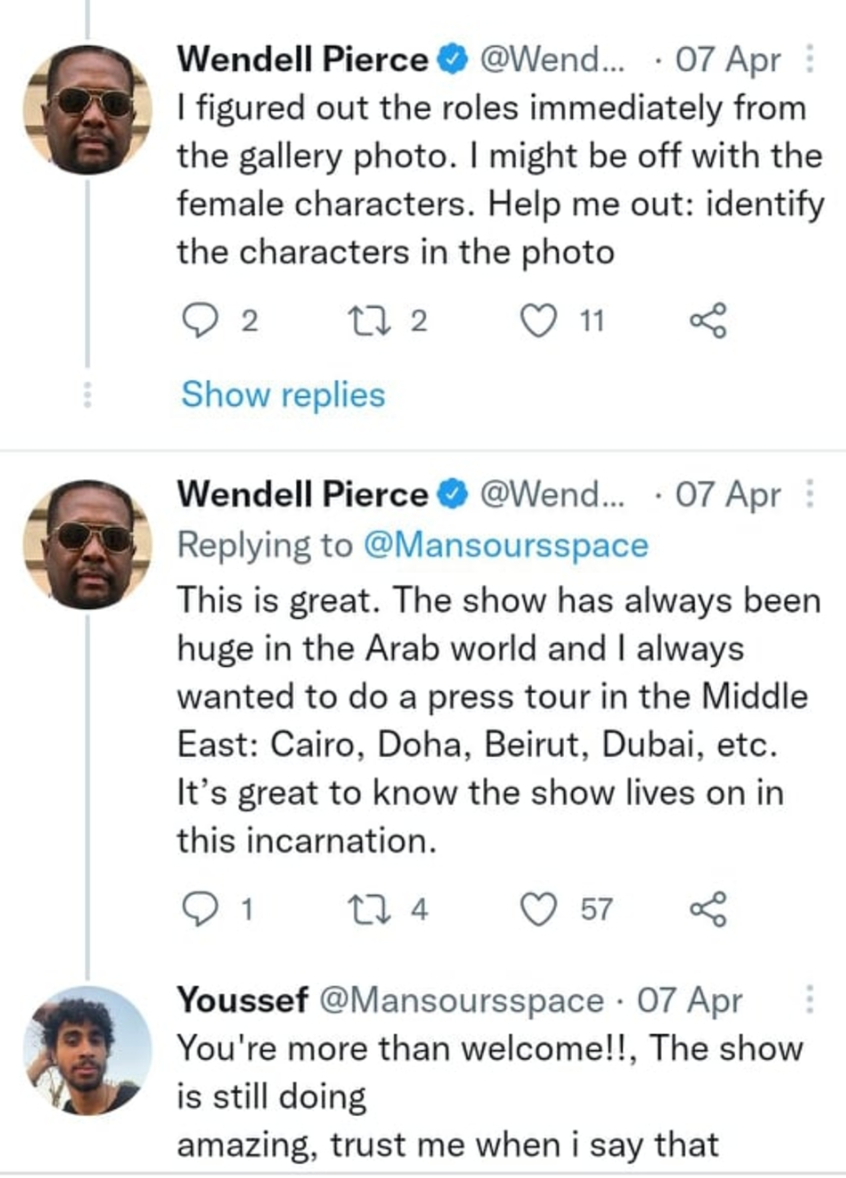 He continued: "This is great, The show has always been huge in the Arab word, and I always wanted to  do a press tour in the Middle East: Cairo, Doha, Dubai, Beirut and etc.'' 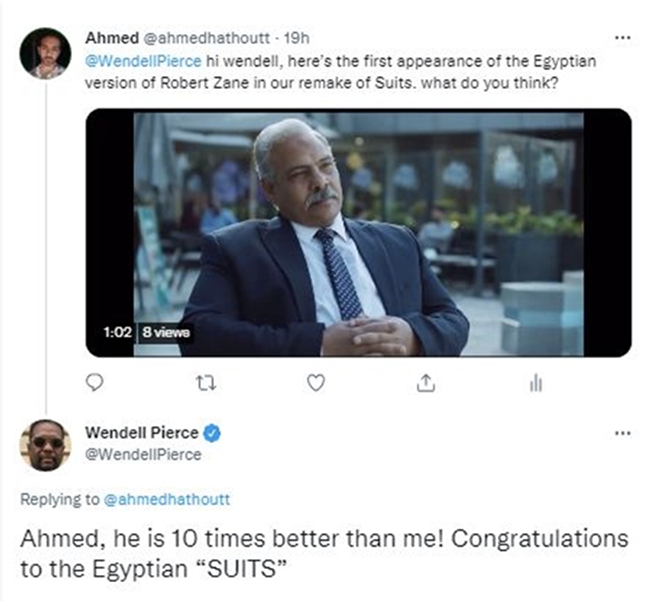 Wendell added: ''It's great to know that the show  lives on in this incarnation.'''