Zain Karazon Who?! Abdullah Kanaan Is Engaged to This New Jordanian Beauty 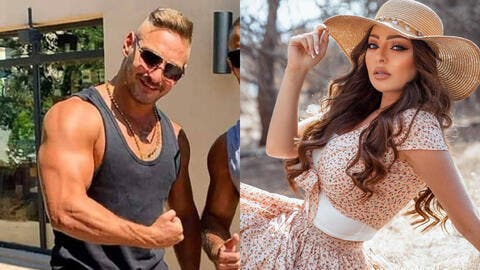 It Happened a Week Ago! The Full Story Behind Arresting Zain Karazon's Fiancé

Kanaan appeared in several spontaneous and comic videos that gathered him with his current fiancée, and achieved a high viewership on his official page on TikTok, and also published them on Instagram.

It is noteworthy that Abdullah Kanaan was not spared from the public's comments, which referred to his previous relationship with the star Zain Karazon, between congratulatin his new relationship, and those who criticized him for publishing public videos with his new fiancée, without taking into account the feelings of his former fiancée Zain Karazon, according to them.

One of the followers defended the latest videos of Abdullah Kanaan, accompanied by his fiancée, Doaa, and wrote: 'Girls it's enough, every new video this guy posts you say the same thing. He was engaged to so-and-so and left her and he's dating a new one. Leave the man alone.'

The audience flirted with the beauty of Abdullah Kanaan's new fiancée, noting that her beauty is natural, and that she suits him more, unlike his former fiancée Zain Karazon, who resorts to beautification from time to time, according to the followers' comments.