Published November 15th, 2021 - 07:27 GMT
Dozens of migrants have been detained after crossing into Poland from Belarus, Warsaw said on November 14, warning of a possible larger breakthrough ahead of an EU meeting to widen sanctions on Belarus. (Photo by Oksana MANCHUK / BELTA / AFP)
Highlights
Country to send first flight on Nov. 18 for Iraqis who want to return voluntarily, says Foreign Ministry spokesman

Iraq announced Monday that 571 Iraqi citizens have been detected in eight camps on the border between Belarus and Poland. 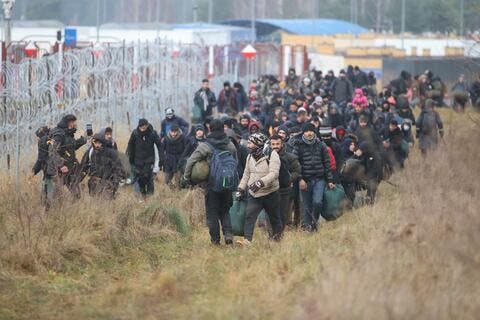 ▪️Iraq announced Monday that 571 Iraqi citizens have been detected in eight camps on the #Poland-#Belarus border. pic.twitter.com/WFNK7hPLrK

Foreign Ministry spokesman Ahmed Al-Sahhaf said it is not possible to know the exact number of Iraqis there since the border length of the mentioned countries is 680 kilometers (422 miles).

He said the country is planning to send its first flight on Nov. 18 to repatriate Iraqis who want to return voluntarily.

Noting that the government did not have the means to prevent its citizens from going to another country from abroad, Sahhaf said that after coordination with Turkey, Iraqis were prevented from going to Belarus and they had started coordinating with other countries. 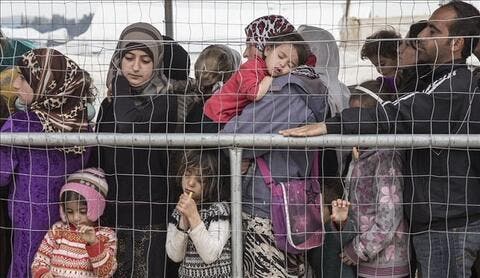 The Iraqi government announced last August that 690 citizens who had stayed in the border area between Belarus and Lithuania were brought back.

Iraqi authorities have announced that on November 18, the first special flight from #Belarus to Iraq will evacuate Iraqi citizens from the border with Poland pic.twitter.com/20oFyJspC3