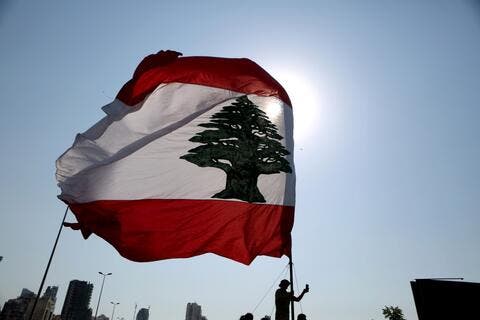 In Lebanon Who Wags The Tail, Judges or Politicians?

The footage documented by the Wataawanou Association charity, sparked public outrage when broadcast on news channels on Friday.

It highlighted poor conditions in rooms and corridors at the Santa Maria Healthcare Center in Byblos that caters for 55 male and 15 female patients with neurological and mental illnesses.

Shots showed skeletal-looking patients sitting or lying on dirty beds, unable to speak, and some with their hands strapped to the bed. Pots with spoiled food and loaves of moldy bread were seen in a kitchen, and other images appeared to depict unhygienic bathrooms.

After the video went viral, Lebanese Health Minister Dr. Firas Abiad and Minister of Social Affairs Hector Hajjar visited the center on Saturday to inspect the premises along with a team of experts from the World Health Organization’s office in Lebanon.

“An investigation has been opened to hold those responsible accountable and define the reasons why the center reached such a deteriorating state without informing the ministry, which has a duty to ensure that its patients are treated in good conditions,” Abiad said.

The ministry has arranged for the Santa Maria patients to be moved to other facilities pending the completion of a clean-up operation there.

A similar health scandal was exposed in February 2019 at Al-Fanar Hospital in Al-Msayleh, in southern Lebanon. Again, patients were transferred to other health centers, including the one at Byblos which received 38 people out of around 90.

Following the airing of the latest footage, officials at Santa Maria Healthcare Center reportedly attempted a swift clean up and prevented journalists from entering the premises.

Abiad told Arab News: “Despite the attempt to clean up, what we have seen shows great neglect and the extent to which the economic crisis in Lebanon has affected the center.”

Lebanon is in the midst of an economic and financial meltdown which has left 55 percent of the country’s population below the poverty line.

“All social welfare centers in the world are facing problems, but many reasons have led us here in Lebanon,” Abiad added. “The patients’ families do not check on them. They leave them in the centers and forget about them. If one family had complained, we would have acted.

“In addition, the health observers affiliated with our ministry are no longer doing their job. The health observer who is supposed to visit the center said that the cost of coming here from Beirut has become equivalent to half of his monthly salary.

“The Ministry of Health pays the center 24,000 Lebanese pounds ($15.88) per day on behalf of each patient it hosts, but this amount is no longer worth anything.

“The director of the center told me that the state is no longer pumping water in the region because of the lack of diesel in the stations, and he has to buy water himself, which is extremely costly, so it is natural for cleaning services to worsen and consequently the patients’ hygiene,” the minister said.

However, he pointed out that none of these issues justified the situation at the healthcare center.

Abiad noted that there were around 50 other centers in Lebanon offering similar services, and that the ministry had distributed 2,000 cards to patients this year allowing them access to the facilities.

“Thousands of others already have this card while other patients have been placed in such centers by their families who cannot provide them with the required health services,” he said.

Santa Maria Healthcare Center director, Joseph Harb, said he had “not received the fees the center is due since the beginning of 2021, amounting to 900 million Lebanese pounds, which constitutes a major obstacle to securing water, fuel, and food.” 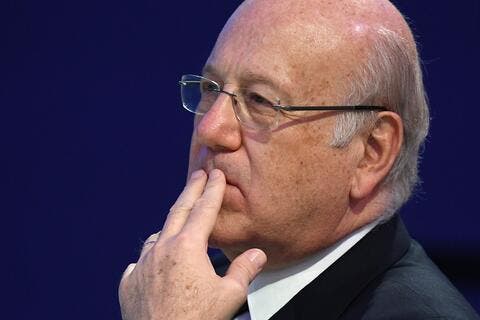 Lebanon: Mikati Urges Kordahi to Resign But Will He?

Abiad added: “These centers have not received their dues because of the delay in contracts awaiting transfer of credits for payment. The unpaid dues are calculated based on the official rate, that is 1,507 Lebanese pounds to the dollar, while the costs these centers have to endure are very high. This also applies to first-class hospitals and associations, which causes a major problem.

“The healthcare system in Lebanon is unfair. The severe economic crisis has further revealed its flaws and disadvantages,” he said.