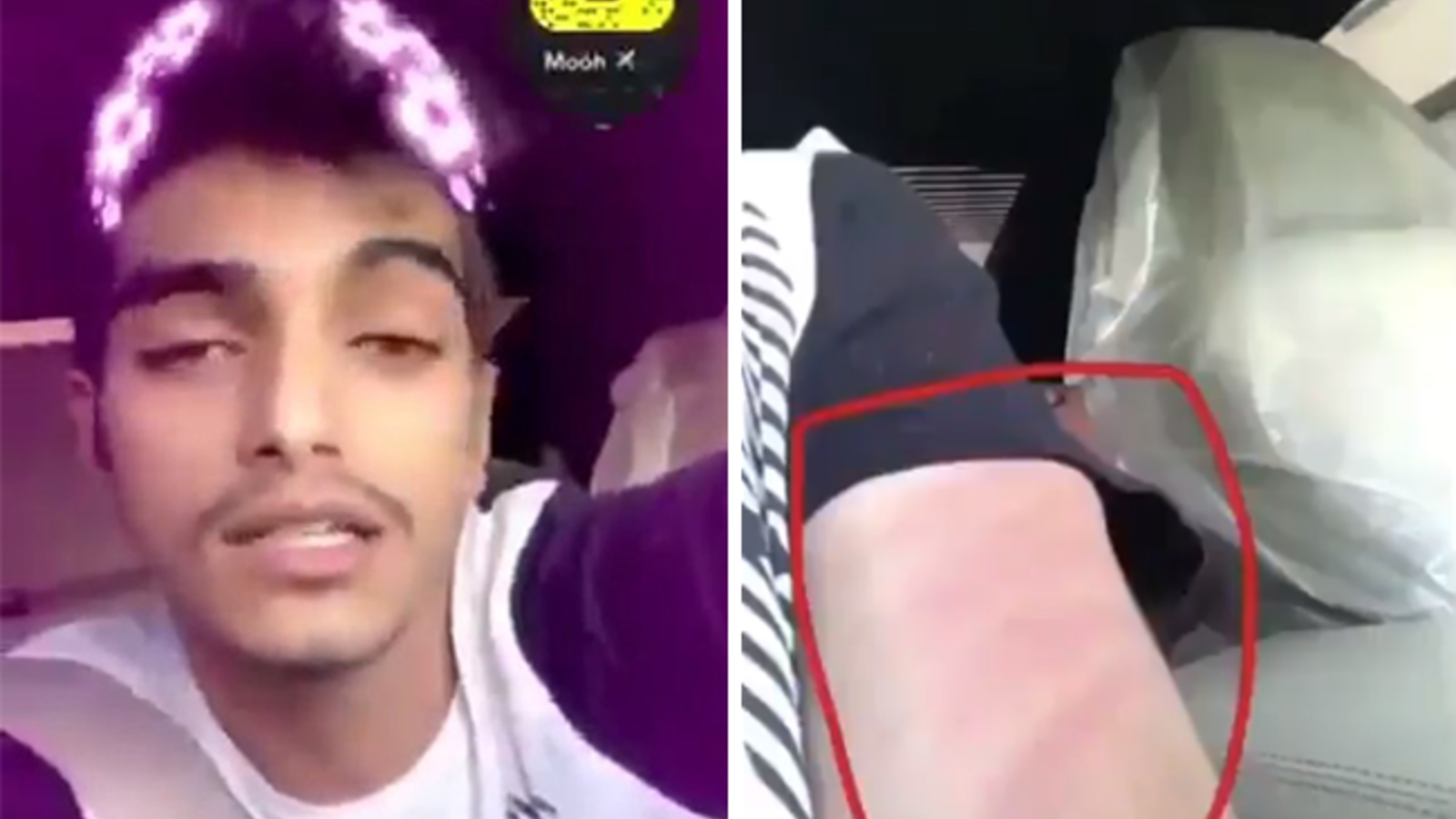 Screenshots taken from the Snapchat stories posted by this Saudi young man who claimed he prevented a girl from meeting with a stranger guy in the ultra-conservative Kingdom of Saudi Arabia.

A Saudi young man who works for one of the ride-hailing apps, has posted a series of video stories on Snapchat in which he narrates how he tried to prevent one of his female customers from going on a date in Riyadh.

The video came shortly after hashtag شاب سعودي يختطف فتاة “A Saudi man kidnaps a girl” went viral among Saudis, as a Saudi woman accused a driver of kidnapping and sexually harassing her.

In what appeared to be an act to acquit himself from kidnapping the girl, he records himself while narrating the details of the incident, specifying how he heard the girl talking on the phone to arrange the date, which raised his doubts that she was about to see a stranger.

The man goes on mentioning how he refused to ride the girl to her destination and locked the doors of the car to prevent her from getting in the car, as he wanted to protect her.

In the video, the man appeared with his arms scratched. This has raised doubts that the girl was trying to escape the car, or possibly resisting a sexual advance. The video provoked an outcry among Saudis who accused the man of actually kidnapping the girl, and recording this video only to acquit himself from the crime.

Ibrahim Al Muneif, a Saudi writer went on to share the video and called the Saudi authorities to take serious action against him. Translation: “It seems that the man feared the girl actually filing a sexual harassment lawsuit against him so he decided to outrun her and release a video to show people how he was the hero of the story who is protecting his honor and to gain people’s support. The girl will not scratch you just to tell you let me get off the car! She also can open the car’s door from the lock! It is obvious that the scratch was a reaction to something you did to her.” Translation: “Let us say that the girl was actually going to meet someone! It is not your business! Who are you? The police do not take any action against any suspension unless they make sure and find an evidence. Who are you to judge her based only on you suspicions? It is a mess, whoever suspected anyone will punish him!”

While there is still no official comment from the Saudi government, social media users went to raise calls to find this man and set him an example for the Saudi man.

However, many users went to defend the man for his “honorable” act as he refused to let a Saudi woman commit a wrong.

Translation: “He did the right. God bless him if he thinks this way. May God find more people like him and lessen the likes of some people.”

Some users went to call for giving more space to the religious police, known as “Committee for the Promotion of Virtue and the Prevention of Vice”. They were stripped of their powers in April 2016. Today they are left with the responsibility of observing suspects and forwarding them on to the regular police.