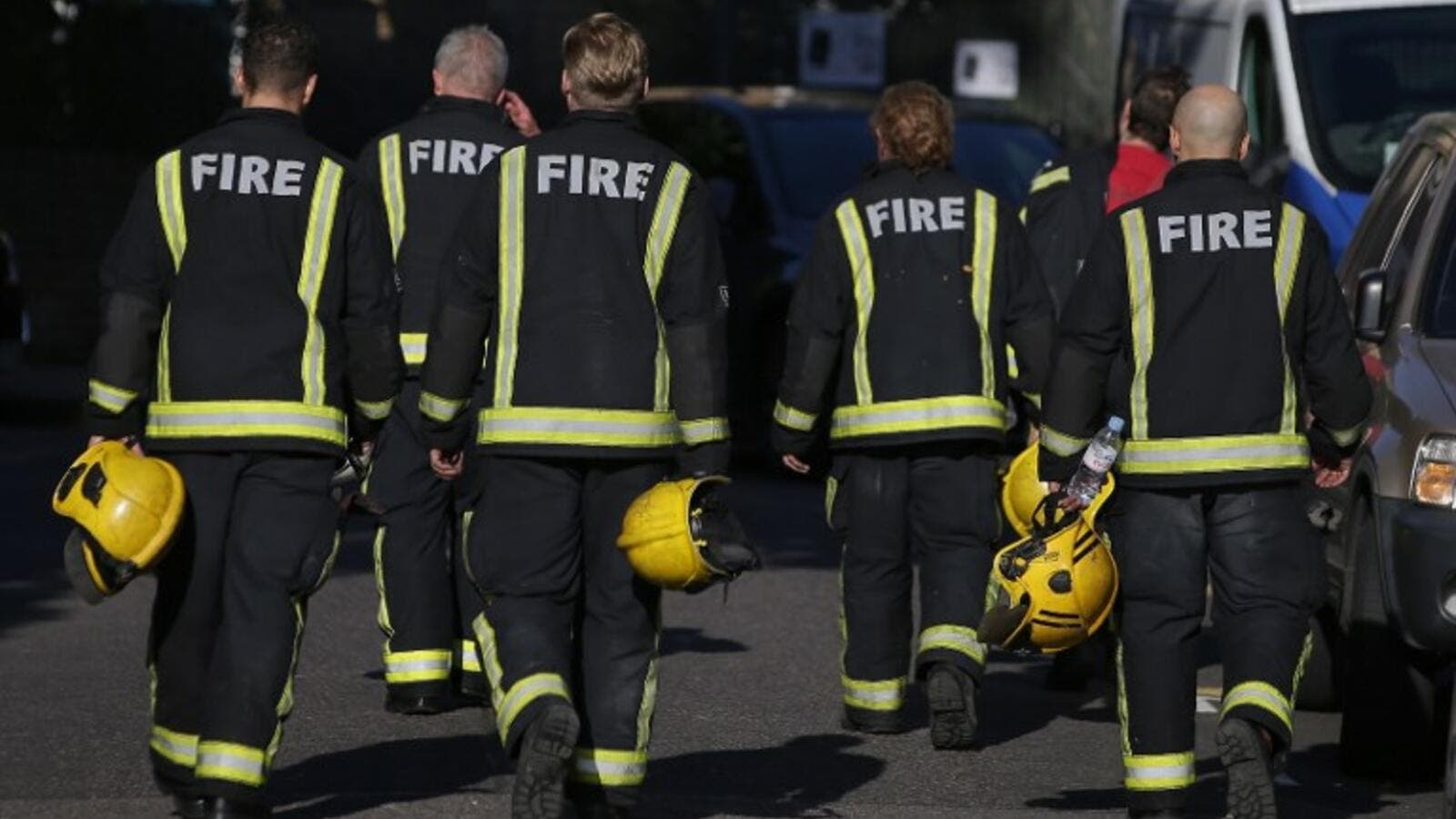 After a devastating fire tore through a west London tower block last week, expressions of support have poured in from across the world.

Among the floods of condolences, one message in particular has received interest online: that of the Syrian Civil Defence (SCD) organization.

Nicknamed the “White Helmets”, the volunteer group has gained worldwide attention for its rescue efforts in rebel-held areas of Syria.

In a series of images shared widely on social media, several young men in SCD uniforms hold up placards written in English in front of buildings reduced to rubble. The pictures purport to have been taken in rebel-controlled Idlib province in northern Syria.

Solidarity to the heroic London firefighters responding to the #GrenfellTower Fire
from the #WhiteHelmets#LondonFire pic.twitter.com/JG7Sv0qDmW

The signs read: “Long distans prevents us coming to help, but we felt London’s pain thru last night events [sic]”

“Our hearts are with you.”

The White Helmet’s Twitter account also shared a link to a letter “to the heroic London firefighters responding to the Grenfell Tower fire” from SCD volunteers in the southwestern city of Daraa.

“We feel your pain because this horror is our daily reality,” it reads.

“Just like you, our teams are rushing towards the blazes and we do all we can to rescue the injured.”

The letter claims that “the past 16 days have seen 88 people killed and nearly 35,000 civilians displaced from their homes.”

The so-called “cradle of the revolution” Daraa has seen heavy fighting over recent weeks as rebels and regime forces battle it out for control of the city. Opposition groups control around 60 percent of the city, making it one of their key remaining strongholds.

“We send you strength for your mission and we hope to meet you one day,” the message concludes.

More than 200 firefighters were called to the blaze in a 24-storey tower block in the north Kensington area of Britain’s capital on Wednesday night. Thirty people are so-far known to have died, but the numbers are expected to be higher, with many predicting casualties in three figures.

Firefighters told the BBC that they had witnessed scenes of complete “devastation and horror” and that they had seen “nothing like it” during their careers.

While some online welcomed the expression of solidarity, others expressed criticism of what they described as “point-scoring” and “propaganda.”

Nominated for the Nobel Peace Prize last year, in a campaign backed by the mainstream media and many high-profile organizations and individuals, the White Helmets have been widely praised for their work. Their 3,000 volunteers claim to have saved over 90,000 lives since the organization's foundation in 2013.

However, the group has been accused by certain journalists and observers of involvement with operations carried out by Jabhat Fatah al-Sham,  Al-Qaeda's Syrian branch. It is not clear whether these allegations have any basis in fact.