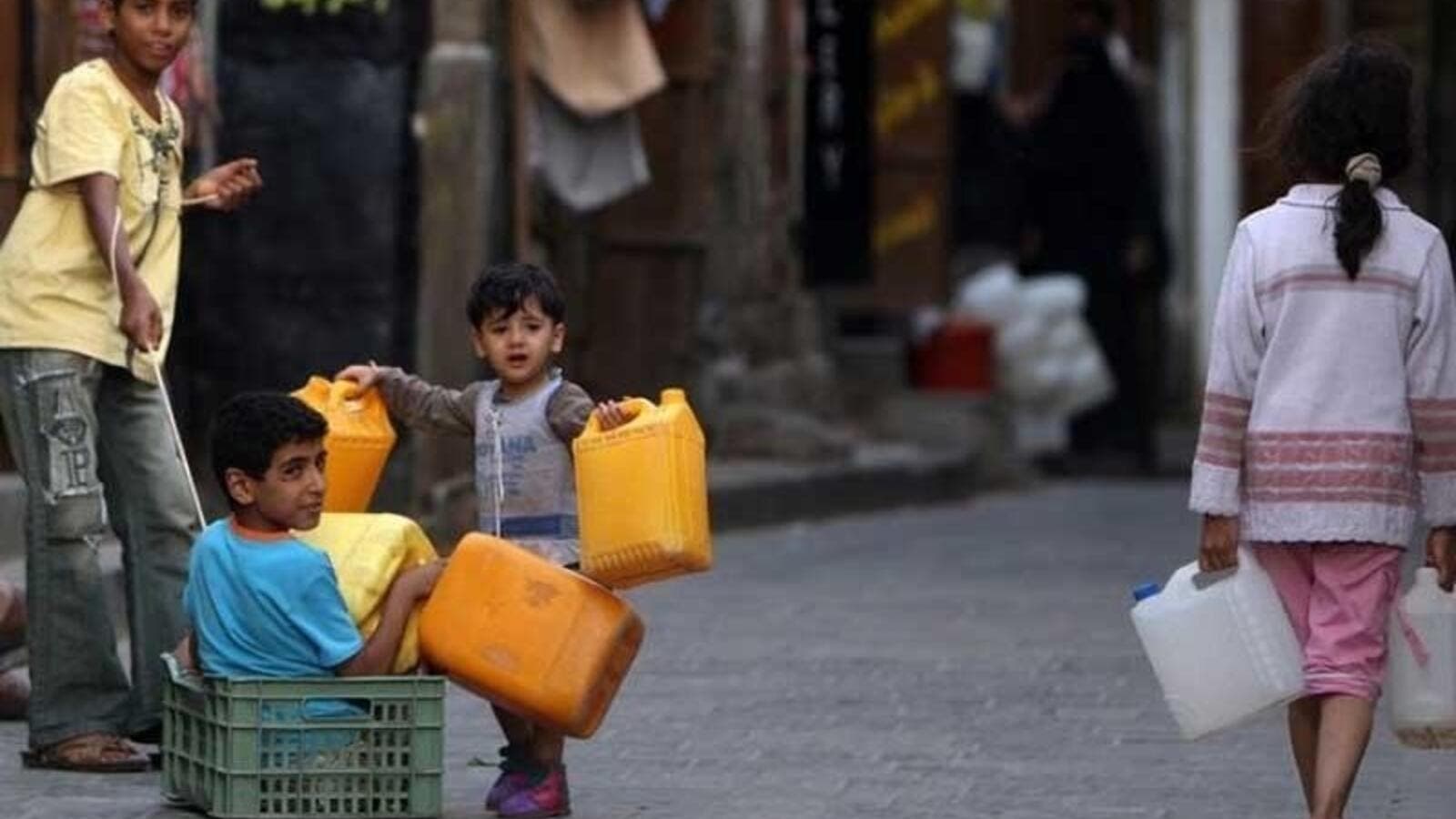 Yemeni children gather fuel, one of the basic needs that's seen a shortage in the country. (AFP/File)

It's been seven months since the Saudi-led coalition began conducting airstrikes in Yemen. And though we've heard about the mass number of casualties and the significant need in humanitarian aid, little has been said about the daily lives of the country's residents.

War always comes with a slew of unexpected problems — here are a few you may not have known much about.

Consumption: There's been little to no electricity in the country, meaning refrigeration is out of the question. Yemenis have been eating and drinking perishables, like milk, fresh as soon as they get it.

With no electricity in #Yemen milk goes bad, so we're drinking it fresh. Tastes a bit weird & can't help but wonder~ pic.twitter.com/XmbBySmXhR

Internet disconnections and censorship: In areas controlled by the Houthis, websites that include independent media outlets are constantly blocked. Access of information has become increasingly difficult to maintain for Yemeni residents in rebel-held areas that include the capital, Sanaa.

Imported goods: Before the conflict, Yemen imported more than 90 percent of the country's food. While some situations have improved — the port of Aden reopened in August — the conflict has made it nearly impossible to import the necessities Yemen's residents relied on so heavily.

Waiting: The shortage of necessary items, from fuel to water, has left Yemenis spending a good portion of their days waiting in line. There are days when thousands of the country's citizens have to line up for a chance to get basic goods.

Qat trading: Demand for the narcotic plant remains high despite the war. According to the World Bank, one in seven Yemenis make a living off of it.

The route to get to the plant, though, is more dangerous than it's ever been for qat traders. The two-hour drive from Aden to qat center al-Dhale consists of checkpoints through Houthi rebels, tribesmen and al-Qaeda-held territory, Reuters reported. Al-Qaeda in May tried to ban the substance, but it's unclear how easily it's enforced.