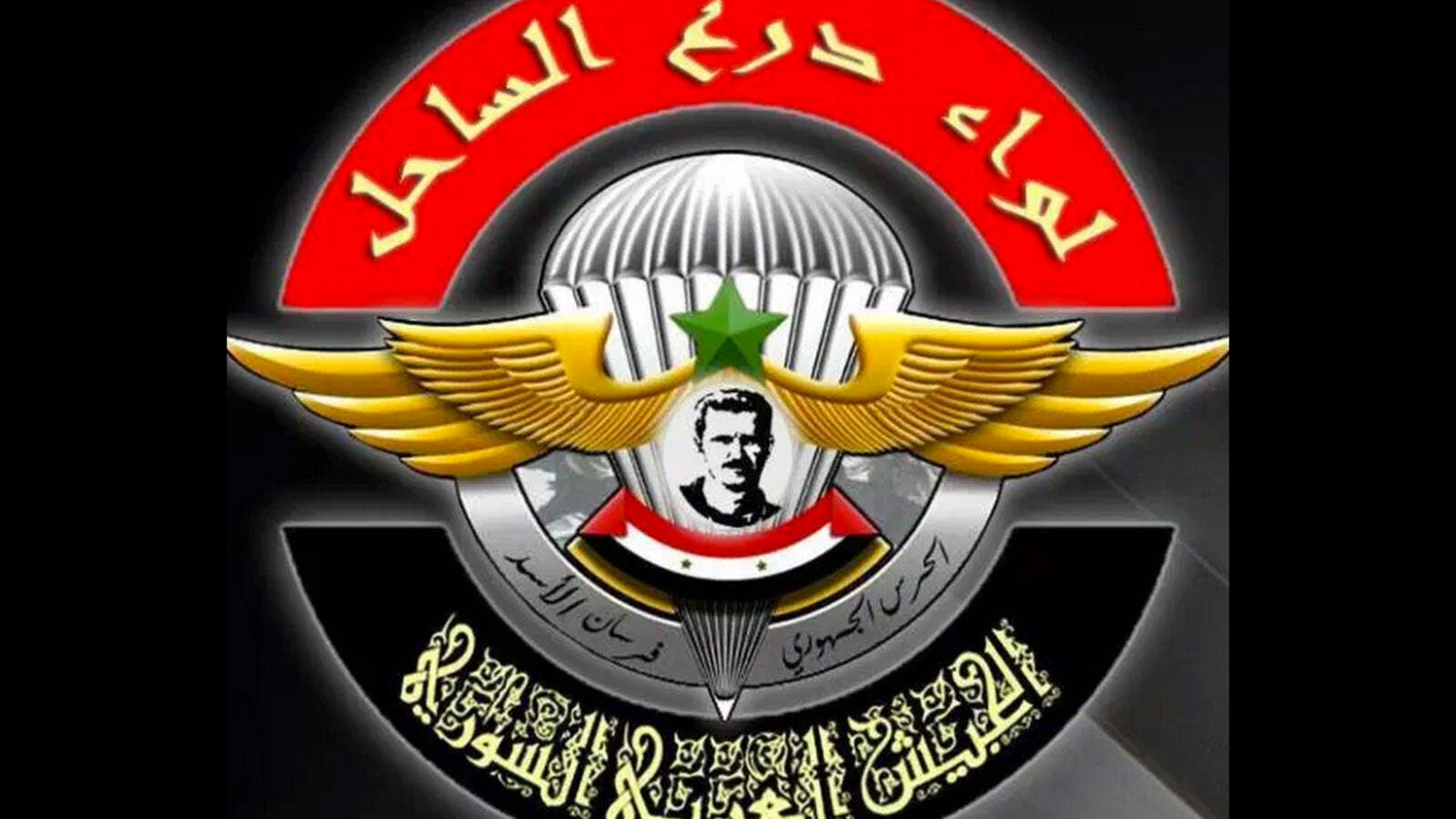 The emblem of the Coastal Shield Brigade as part of the Syrian Arab Army declares the new militia "knights of Assad."

A new militia formed by Syrian President Bashar al-Assad is recruiting, and the regime is hoping its strategy will win over Syrians this time.

The Republican Guard of coastal town Qardaha, Assad's hometown, over the past few months sent out recruitment ads for the Coastal Shield Brigade, a newly formed militia hoping to protect the Latakia province. Syrian Arab Army troops have been on the defensive lately, as their strategy to survive focuses more on provinces they still dominate rather than those they've lost.

But there's more we can learn from the state of the SAA from this recruitment ad.

Here's a translation, provided by Aymenn Jawad al-Tamimi on joshualandis.com:

The Republican Guard, Coastal Shield Brigade, is accepting those who desire recruitment contract for two years, or permanent, and required for reserve and compulsory service. Commission is accepted for employees in government foundations and offices. Sorting out of affairs for desertion and those who avoided service before 1 March 2015. Ages from 18 to 45 years. Service on the Coast [Latakia]. To submit applications and for any inquiry, head to the Jableh Republican Guard Centre/al-Qardaha Naval College/School of Arts.

1. The regime is targeting the poor for recruitment. The 40,000-pound (over $200) monthly salary is well over typical troops' incomes, making it very tempting for families who are struggling.

2. It's also appealing to the Alawites, a Shiite minority in Syria that Assad's family is a part of. Its logo and name are marketed toward local residents of Qardaha and the coastal region of Latakia, thinking there may be more supporters in Assad's hometown (though a leaked document showed even a link to Assad isn't a guarantee for loyalty).

3. The government is looking for longterm commitments. The advertisement calls for a two-year or "permanent" contract with the militia, locking in those soldiers regardless of whether they have a change of heart.

4. The new militia's ads confirm the regime's getting a little desperate to recruit. It called on defectors and excused those who have avoided military service before March 1, 2015. (The ad originally said Jan. 1 — it extended the deadline later.)