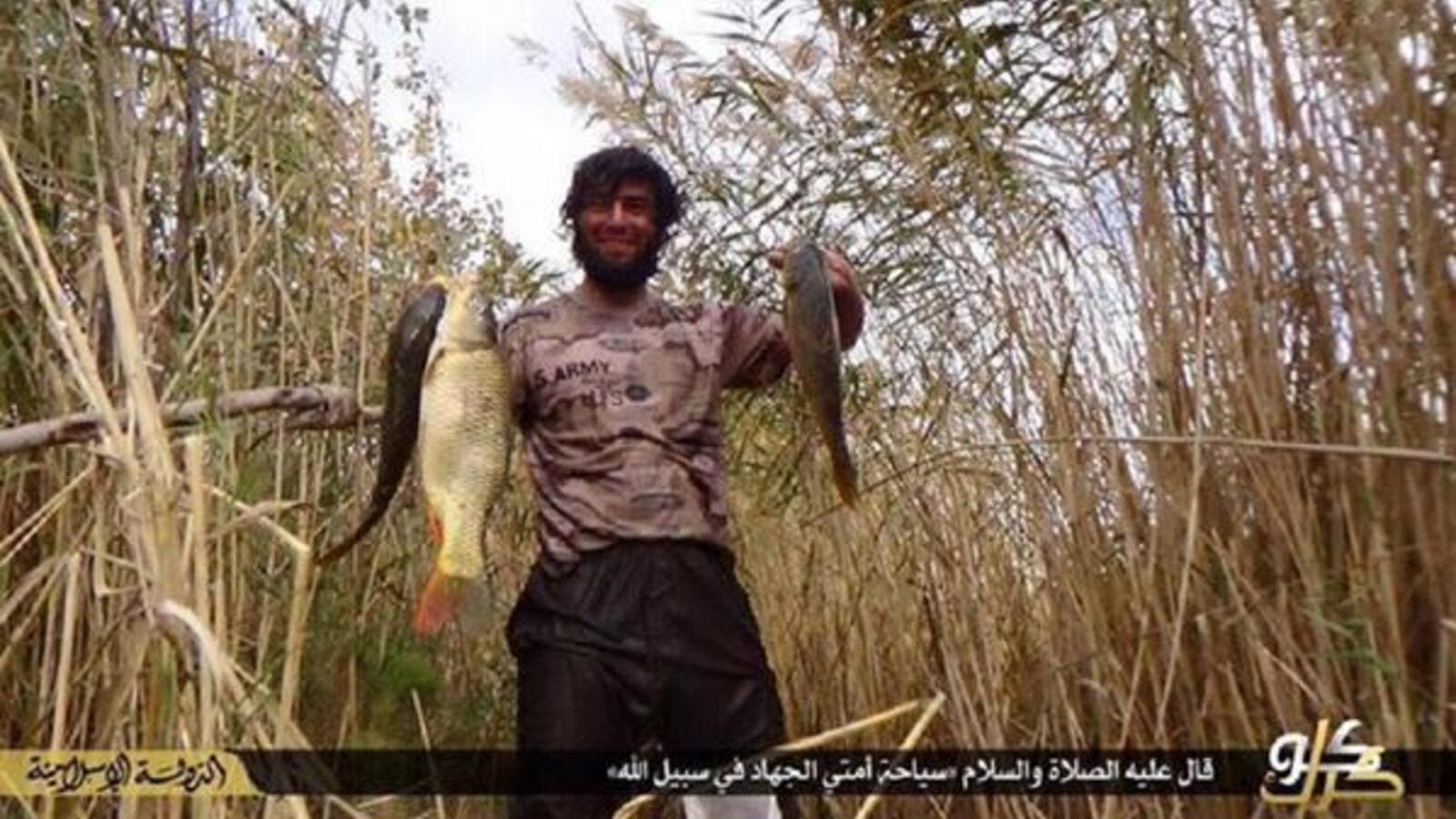 A Daesh militant shows off the fish he caught on a fishing trip. Note the U.S. Army logo on his shirt. (Twitter)

Daesh is known to release horrifying videos of its ruthless executions. However, a recent analysis by Quilliam Foundation found that Daesh propaganda focuses on six main themes: utopia, war, victimhood, brutality, belonging, and mercy.  Displays of brutality are only a meager portion—just 2.1 percent—of the militant group's social media output, while a whopping 52.6 percent of the content portrays the utopian society of the 'caliphate.'

In April, Daesh released a video advertising the Islamic State Health Service (ISHS) with branding that strongly resembles that of the UK's National Health Service (NHS). Another post showed images of a fishing trip. While western media poked fun at these posts, they serve the important purpose of establishing an image of the 'caliphate.' Depictions of utopia portray Daesh as a functioning state, not just a militant group. Moreover, they demonstrate the group's ability to provide stability and security within conflict-ridden Syria and Iraq.

Isis stole NHS branding for Islamic State Health Service http://t.co/5Qiwaq60He How does copyright fit in with their version of Sharia Law?!

Displays of brutality serve to horrify Daesh opponents and deter disobedience. However when it comes to attracting members to the cause, and establishing control of territory, reinforcing the idea of Daesh's 'statehood' is crucial.