Muslim Tunisians Are Arguing For the Freedom to Eat in Ramadan 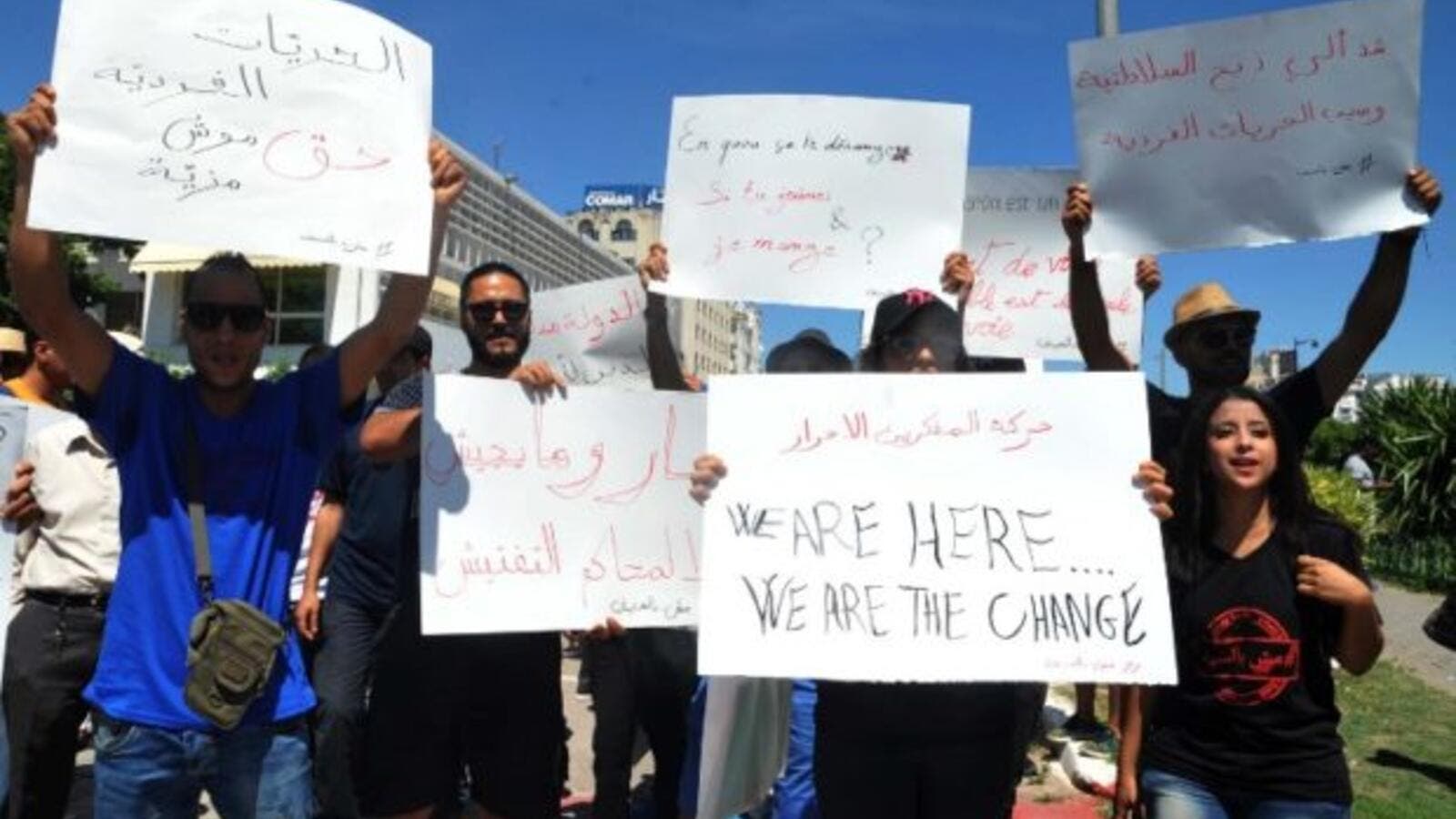 Tunisians protest for the right to eat and smoke in public during Ramadan, on June 11, 2017. (AFP)

Jailing someone for eating or drinking in public during Ramadan has always been a debatable topic between conservatives and liberal activists in Arab countries with Muslim majorities.

In Tunisia, campaign “مش بالسيف” or “MouchBessif” which means: “Nothing can be against our will”, was launched by the beginning of Ramadan 2017. Tunisian activists of Association des Libres Penseurs protesting for the right to eat and drink in public during Ramadan.

It all started in May 2017, after the Tunisian authorities arrested five men on the charges of “public indecency” after smoking a cigarette or eating in public during Ramadan.

Tunisia is a the Muslim majority country with a secular orientation, several people demanded the the government to respect their religious freedom, especially as there are no explicit laws in the country require individuals to fast or prevent them from eating in public.

Activists of the “MouchBessif” campaign are calling people to participate in a protest on May 27, 2018, for the second year in a row demanding their right to break their fast as they wish without being jailed or fined.

Since the ousting of President Zayn al-Abidine Ben Ali in 2011, Tunisia became known as the most liberal country in the Arab world as the country’s constitution was amended guaranteeing freedom of religion for everyone. In addition to scoring progress on human rights issues, including laws on violence against women, activists in several Arab countries are trying to follow their steps.

On social media, Tunisian users rowed over the campaign using hashtag “مش بالسيف”, with some activists calling for freedom of religion for all individuals:

Translation: “Dear Interior Minister, the country keeps its religion in places of worship not in the streets.”

Other protestors called on authorities to look after the hungry poor people who can’t find food, instead of chasing non-fasters in Ramadan:

Translation: “Look for the hungry before chasing non-fasters during Ramadan”

On the other hand, many conservatives called to respect the holy month of Ramadan:

Translation: “Either nothing pleases Tunisians or they understand freedom wrong, they want to become like French people. Even Christians respect fasting of Muslims and they don’t eat in front of them while you are demanding the cafes and restaurants to open all day!”

An Egyptian user tweeted in support of the campaign wishing they can launch the same campaign in Egypt:

Translation: “Tunisians launched the campaign “MouchBessif” to break their fast during Ramadan in public because of personal freedom. Wishing they could do it here in Egypt.”