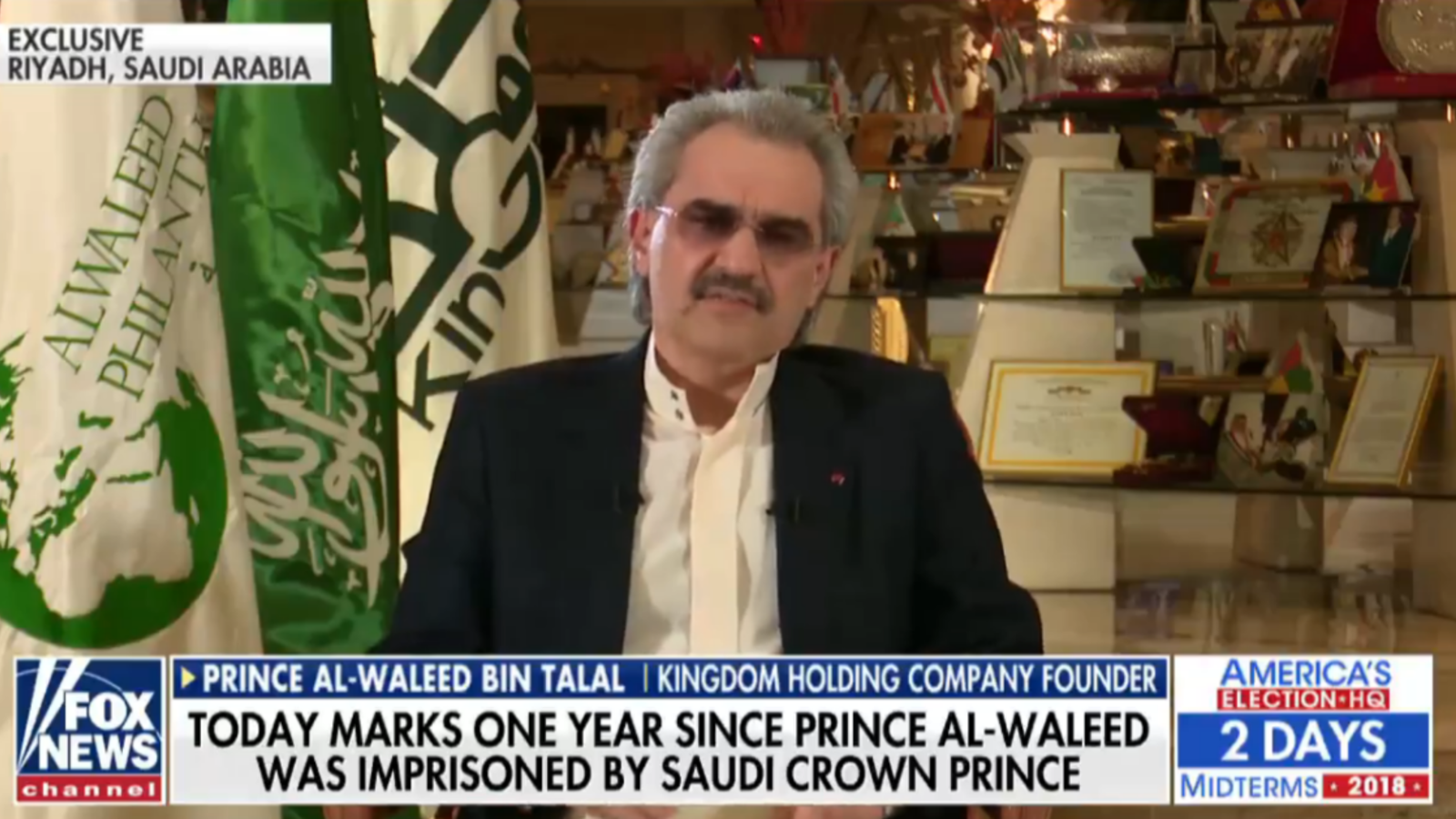 Prince Al Waleed bin Talal was one of the richest Arab men in the world before he was detained as part of the MBS crackdown on businessmen in 2017.

Amid a growing backlash toward Saudi Arabia in the global community over Jamal khashoggi murder, Prince Al Waleed bin Talal, one of the most influential Saudi businessmen and a member of the Saudi royal family appeared on an interview on Fox News on Sunday to defend MBS and his government.

Prince Al Waleed was detained in Ritz Carlton earlier in 2017 as a part of Crown Prince Mohammed bin Salman’s crackdown on corruption. He was released in January 2018 after reportedly giving up almost half of his fortune to the Crown Prince.

On Sunday, the prince, who is also a friend of murdered journalist Khashoggi, was interviewed on Fox News where he expressed support to MBS and the Saudi government. During the interview that was shocking for some, Prince Al Waleed confirmed an investigation has been carried out by the Saudi government into Khashoggi’s death and the results will exonerate the country’s de-facto power, MBS.

He also asked his government to make their investigation public as possible and went to say: “whereby I believe the Saudi Crown Prince will be 100 percent vindicated and exonerated.”

On his detention, the prince praised MBS’ decision to detain dozens of businessmen and royal members, as it was a vital step to get rid of the corruption in Saudi Arabia.

He also confirmed that his “so-called detention” was ““forgiven and forgotten”, denying reports that he was tortured and stripped of his wealth. Prince Al Waleed’s remarks came as a surprise to the world, especially after he was detained and reportedly banned from traveling outside the country. The interview timing was also a topic of debate. Few hours before the interview took place, Saudi royal family members posted on social media to confirm that Al Waleed’s brother, Prince Khalid bin Talal was freed from detention after spending a year.