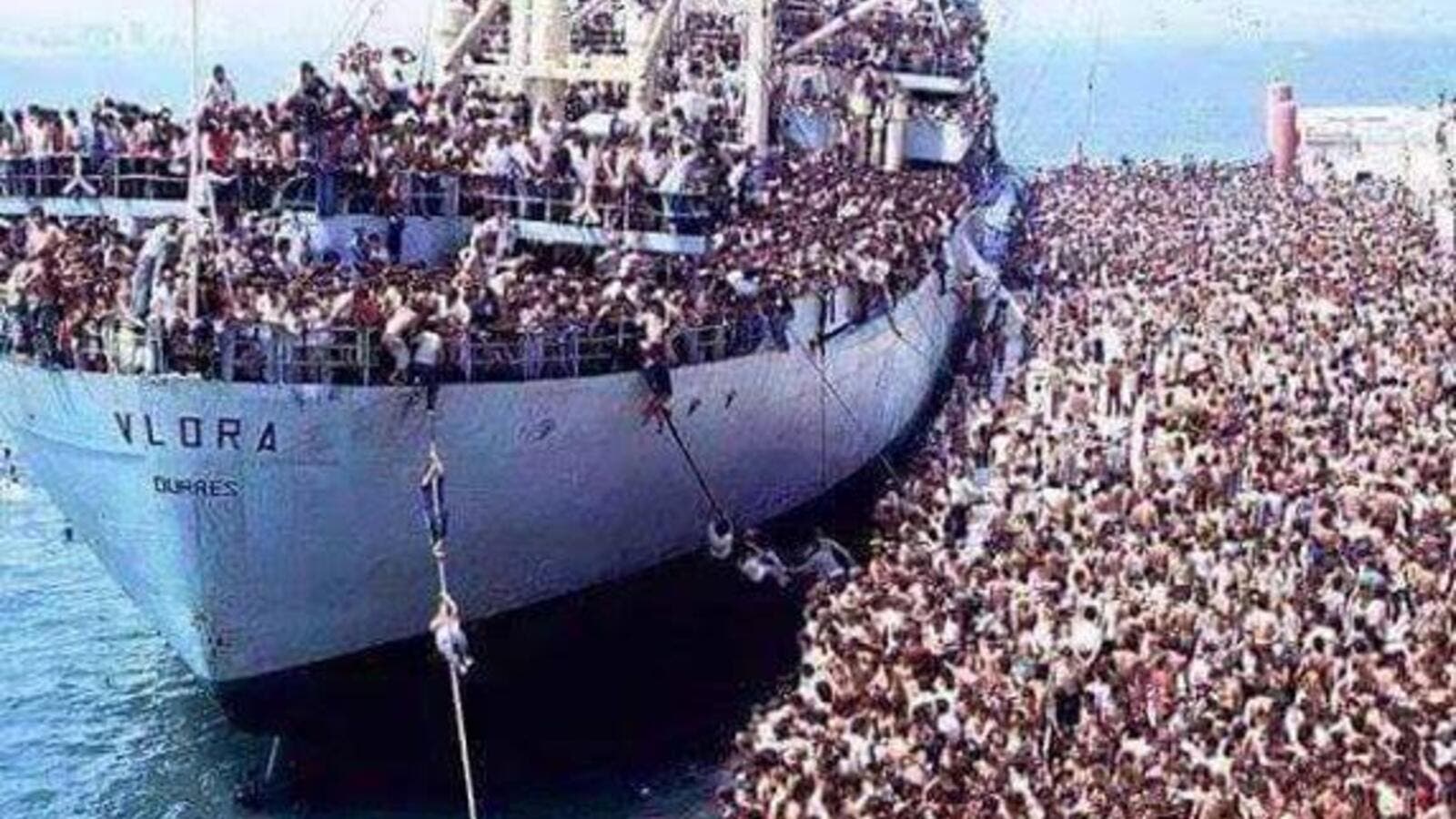 As hundreds of thousands of desperate refugees flee their war-torn homelands to Europe, we’ve seen plenty of Internet memes crop up to promote a political stance on the matter. The problem is that all too often, they’re completely inaccurate.

Think back a few months, when a 2012 photo of clashes at an anti-Islam rally was paraded around as a current image of Daesh-sympathizing refugees attacking European policemen.

ISIS flags among the refugees in Germany .They are soon gonna regret welcoming them . pic.twitter.com/UCXYt9O7HO

That was quickly debunked. But now a new blunder is happening with a photo trying to make the opposite point, purporting to show a boat overflowing with European refugees arriving in North Africa during WWII. Have a look below.

These aren't Syrians they are Europeans trying to get to N Africa Think about this before you close your boarders pic.twitter.com/nHdHdvxxaS

The meme aims to expose the hypocrisy of Europe’s failure to accept refugees from the Islamic world. It’s a valid point, since several European countries have shown unsympathetic policies towards those fleeing persecution and war in the Middle East.

But the photo is a hoax no different from countless others making rounds on Internet.

In reality, it shows the arrival in Italy of around 15,000 Albanians fleeing their country in 1991. A disastrous economy and political situation after decades of isolation had pushed many over the edge back then, leading them to seek new lives in Europe. As is the case today, they were not always welcomed with open arms.

Just another reminder that social media, while a powerful platform to expose tragedies, start revolutions and topple regimes, is also a hotbed of inaccuracy.