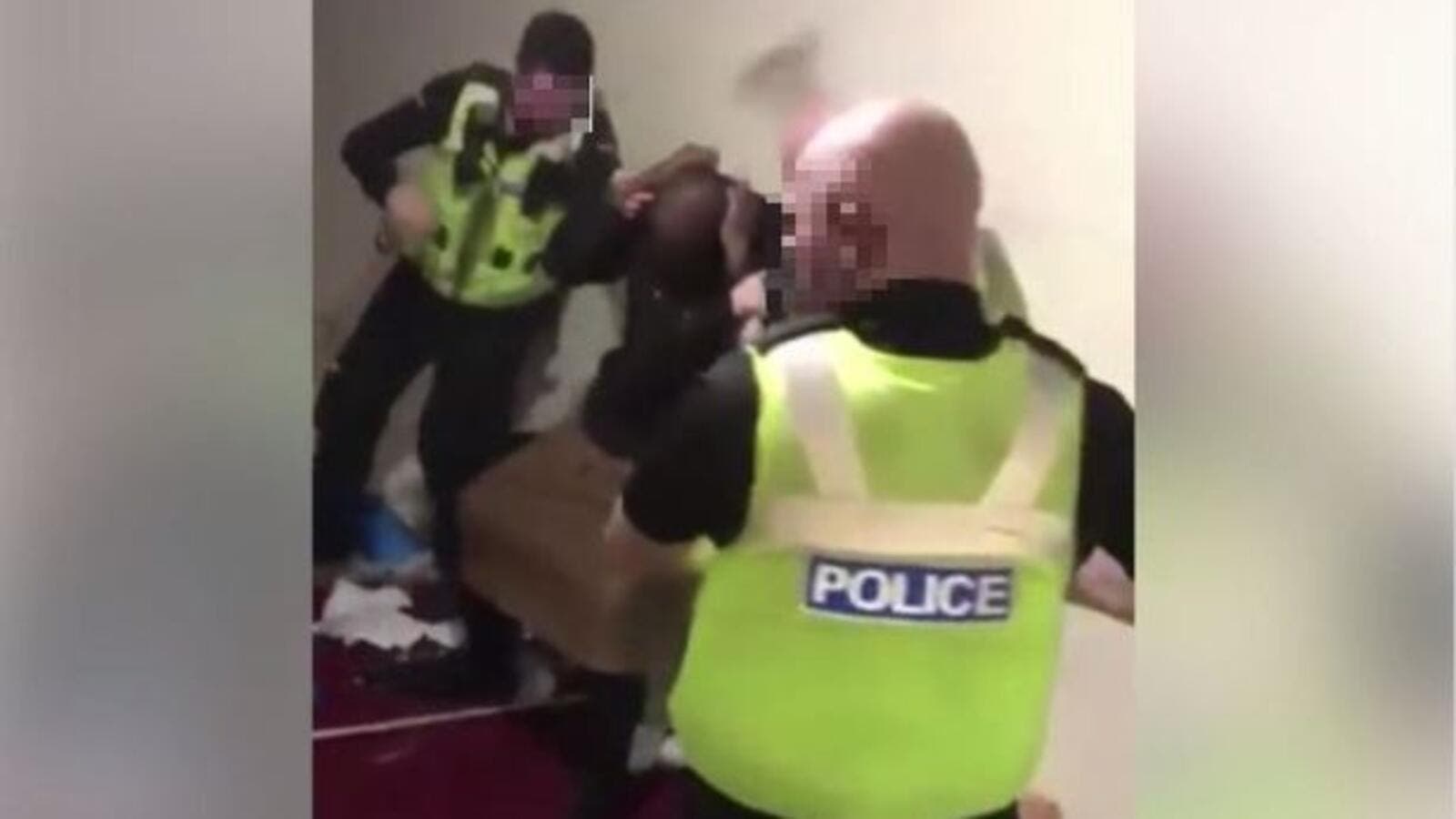 An online clip shows UK police officers assaulting a Muslim man has been widely circulating the social media for the past few days.

In the video, four police officers appear surrounding a man while one of them repeatedly hits him on the head as he tries to shield himself.

The video was seen million times and has gone viral, yet its time and place are still unclear. Twitter users have shared the news that confirms six Humberside police officers were suspended on Thursday for breaching the force’s standards of behavior speculating it could be related to the viral video.