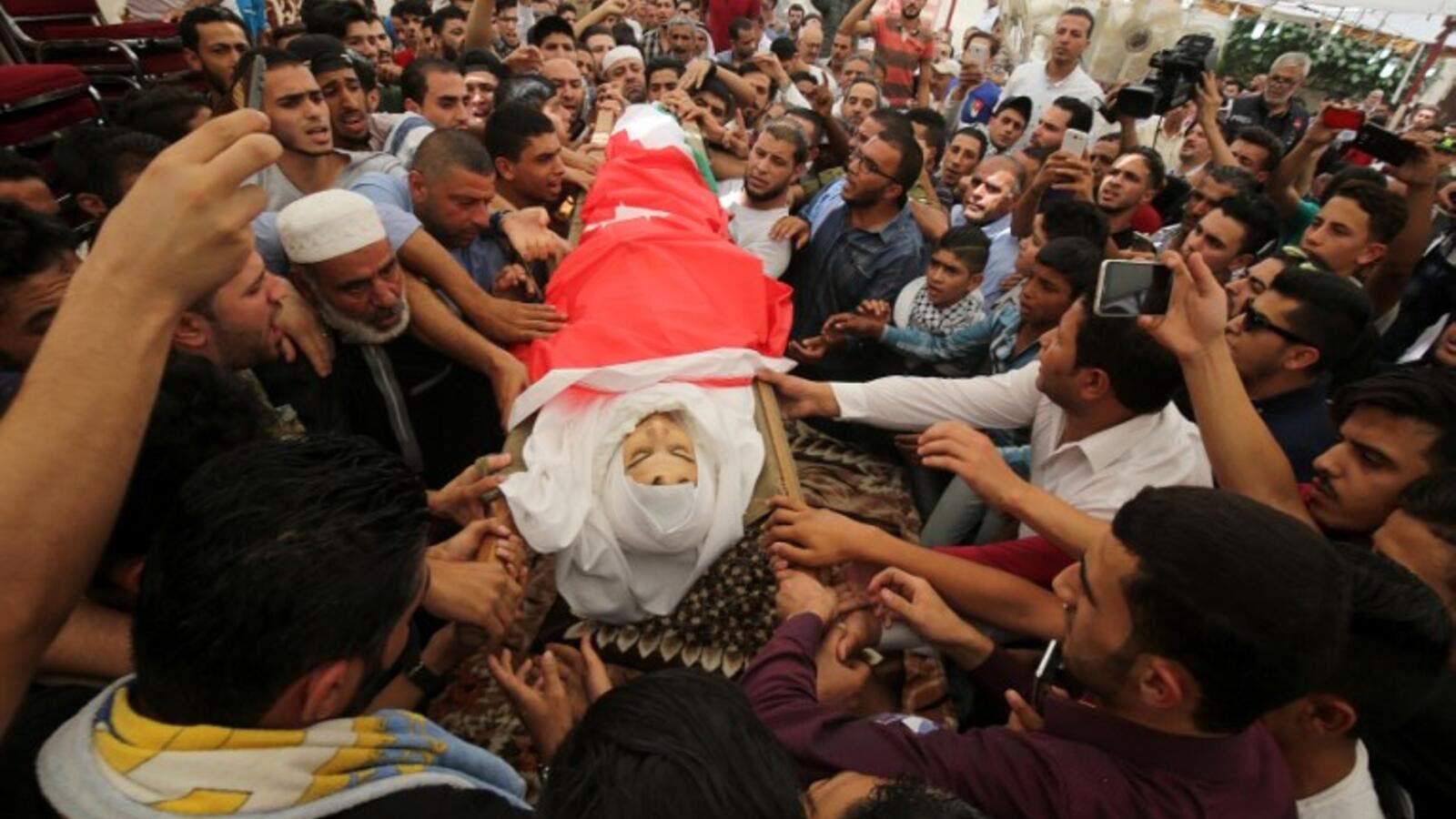 Thousands of Jordanians called for "death to Israel" as they attended the funeral of Jawawdeh who was shot dead by an Israeli embassy security guard. (Khalil Mazraawi/AFP)

An image of Israel’s Prime Minister embracing the security guard who shot and killed two Jordanians within Israel’s embassy in Amman on Sunday has gone viral, stirring already heightened tensions.

The unattributed pictures show Benjamin Netanyahu meeting with the guard, ‘Ziv’, after he and the rest of the embassy staff returned to Israel on Monday night, following negotiations between the two governments.

The Jordanian authorities had been insisting upon questioning Ziv, who shot dead 16-year-old Mohammad al-Jawawdeh, after he attacked the Israeli with a screwdriver. The guard’s landlord, Bashar Hamarneh, was also injured, later dying of his injuries.

The photos of the meeting were shared widely in the Arab world, with many expressing their anger both at the guard’s release and at the apparently warm welcome he received.

The killer of Mohammad [al-Jawawdeh] in the embrace of Netanyahu... I wonder how Mohammad's father feels when he sees this image... #Jordan #Jerusalem #Amman

Netanyahu warmly receives the Zionist murderer of [two] Jordanians, and says to him: You acted well and you represent the "State of Israel" Be the alternative media: share this and expose them

Netanyahu receives the guard who murdered Jordanians and the Ambassador. A step which challenges all the feelings of Muslims. Learn, Arabs: This is how to take care of sons of the state!

Netanyahu: I am happy to see you and well done, you represent "State of Israel"

*The murderer of Jordanians is rewarded in Israel!

*The murderer of Israelis is jailed in Jordan!

The response to these images is revealing of sentiments in Jordan following the killings. Left-leaning Israeli paper Haaretz reported on Tuesday morning that “public anger in the Jordanian capital is palpable following the embassy incident”.

Videos shared on social media appeared to show protesters in Amman blocking roads and hailing al-Jawawdeh as a "martyr" on Monday night.

"My son took two bullets in the chest. This is cold-blooded murder," al-Jawawdeh’s father told Jordanian media. "I demand that the government and foreign office take action under the law, because my son was a Jordanian citizen for all intents and purposes."

Anti-Israeli sentiment in Jordan, which has a large number of citizens of Palestinian origin, was already running high in response to controversial security measures introduced by Israel at the Al-Aqsa complex in Jerusalem. Thousands protested in the capital on Friday against the changes which are perceived as a threat to the delicate status quo at the contested site.

However, the Jordanian authorities have stressed that the incident was the result of a personal dispute, playing down any religious or political motive.