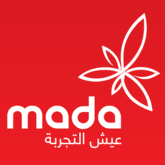 Being connected with people whenever and wherever they are in today's fast-paced world, is what had inspired Mada Jordan to deliver next generation networking communications solutions, which include high quality wireless broadband access, internet communication services, Fiber Optics, and managed solutions that preserve a true competitive advantage and exceed customers' expectations.

Under their partnership agreement, Darb 1718 center is going to hold screenings of three films distributed by MAD Solutions within its August programme.
Read more