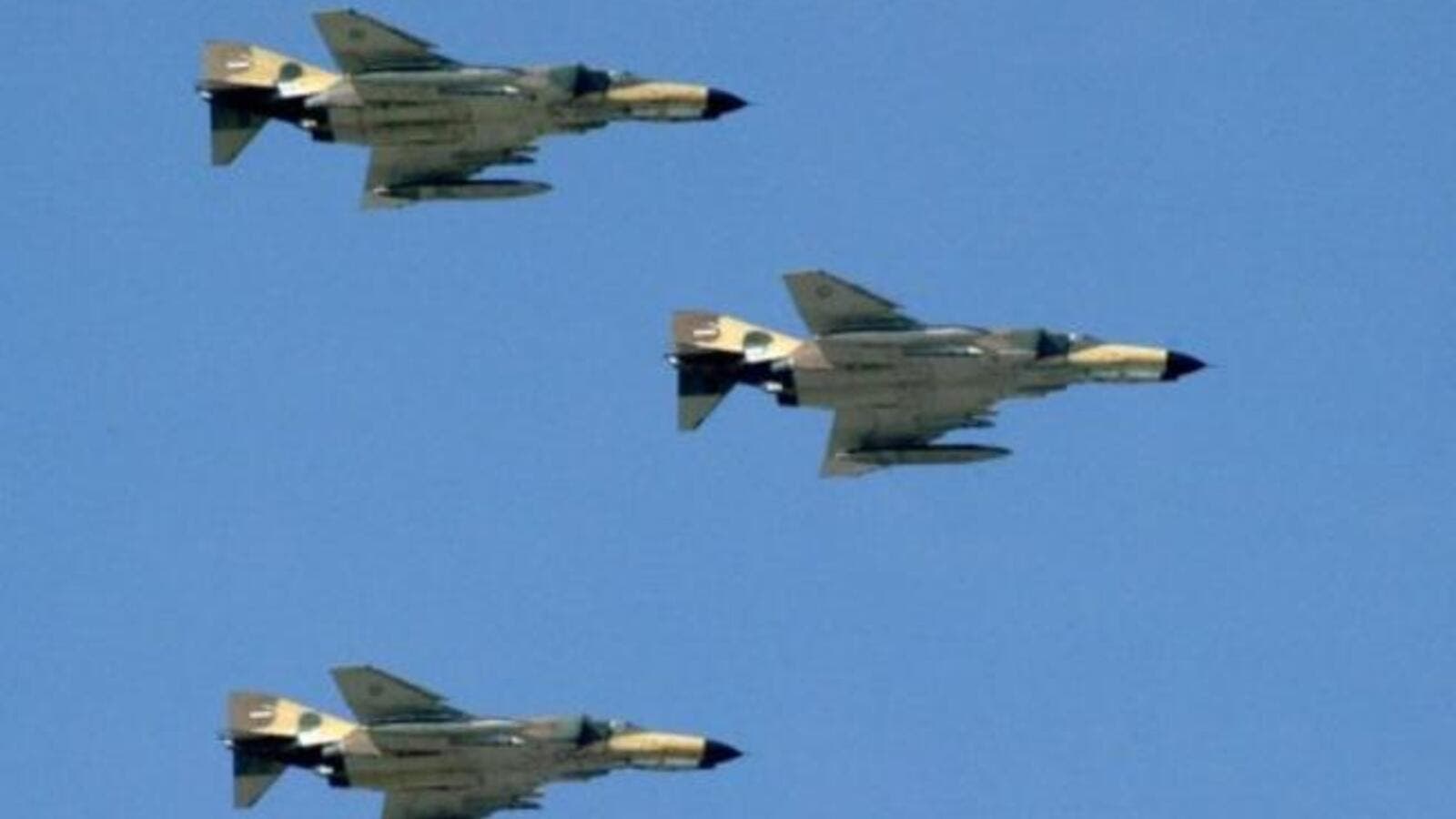 An Iranian air force jet fighter crashed Tuesday in the southern province of Bushehr which houses a nuclear power plant, reported Mehr news agency, which added the two airmen on board ejected and survived. The aircraft, a US-made F4 jet fighter, went down about five kilometres from the Bushehr Special Economy Zone, the report said.

The English-language Press TV channel's website conveyed the jet crashed near Shif island, about 40 kilometres north of Iran's first nuclear power plant in Bushehr which the Islamic republic plans to activate on Saturday.

"Fortunately the two pilots were successful in ejecting themselves and have been taken to a hospital," Bushehr emergency services chief Gholam Reza Keshtkar was quoted as saying by Mehr.

Provincial official Mohammad Hassan Shanbadi, said the crash was the result of technical faults." Shanbadi added the jet went down in a desert area and "caused no problem to anyone."

Tehran has intensifed up defensive measures at the plant to protect it from Israeli or US attacks. When asked about a possible Israeli attack on the Bushehr plant, Iranian foreign ministry spokesman Ramin Mehmanparast said earlier Tuesday that "these threats had become repetitive and lost their meaning." "According to international law, installations which have real fuel cannot be attacked because of the humanitarian consequences," he said, according to AFP.

As Iran prepares to launch the Bushehr plant, the former representative of the United States at the United Nations, said Israel had eight days to carry out its threat to attack the Iranian nuclear reactor. John Bolton, said in an interview aired on Tuesday that "after the injection of uranium, you can not attack a nuclear reactor because it leads to the spread of nuclear radiation which risk the lives of civilians in Iran."

"If Israel wants to carry out a military operation against the Bushehr nuclear facility it should do so in the next eight days to prevent Iran from reaching the goal." Saying this, the former U.S. official ruled out the possibility Israel will attack the facility, saying, "I can not imagine this  happening .. Unfortunately they are wasting the opportunity."