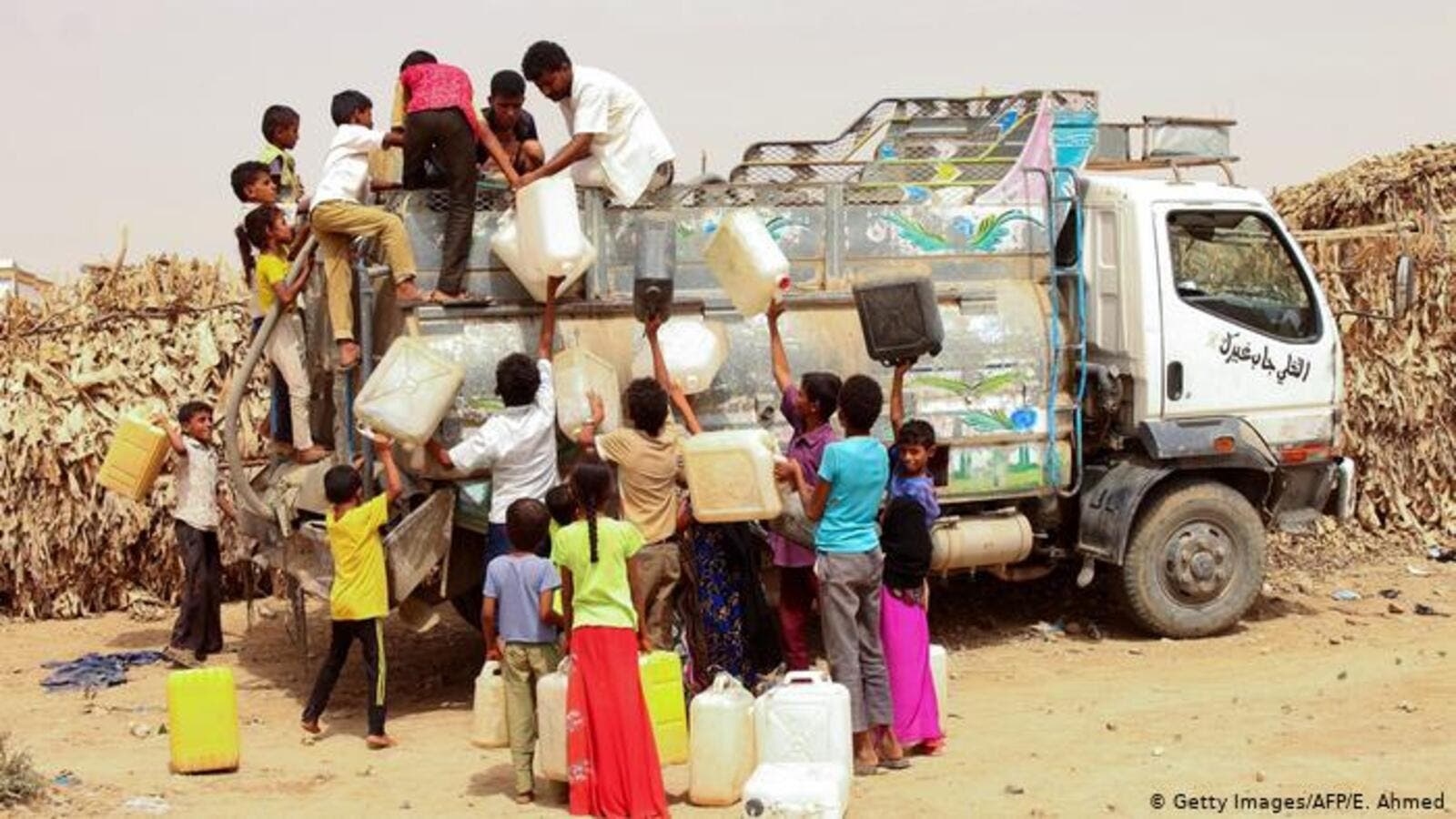 The conflict has displaced as many as 3.3 million Yemenis and 24.1 million need aidز (AFP/ File Photo)
Highlights
Shelling by Saudi-led militia kills 10 African refugees in Yemen.

At least 10 African refugees have been killed and 35 others wounded after mortar shells launched by Saudi-backed militiamen targeted a district in Manba border town in Yemen’s northern province of Sa’ada.

Despite the ongoing Saudi-led military campaign and escalating humanitarian crisis in Yemen, this year has seen a spike in the number of arrivals of East African refugees and migrants to Yemen.

Many of these refugees and migrants intend to transit through Yemen en route to Saudi Arabia and other Persian Gulf countries.

In its latest report, the International Organization for Migration (IOM) said some 84,378 East African migrants entered Yemen in the first six months of 2019, representing the highest number of arrivals since data became available in 2006.

Yemen, the poorest country on the Arabian Peninsula, has been battered by what the UN describes as the world’s worst humanitarian crisis, which has come as a result of a devastating campaign launched by Saudi Arabia and a number of its regional allies since March 2015.

The US-based Armed Conflict Location and Event Data Project (ACLED), a nonprofit conflict-research organization, estimates that the war has claimed more than 91,000 lives over the past four and a half years.

The war has also taken a heavy toll on the country’s infrastructure, destroying hospitals, schools, and factories. The UN says over 24 million Yemenis are in dire need of humanitarian aid, including 10 million suffering from extreme levels of hunger.

The chaos has prompted many to flee violence and poverty in the Horn of Africa into Yemen, where they hope to ultimately make it to the wealthier Arab countries of the Persian Gulf.

Confidential reports by the UN have also suggested that Saudi Arabia has also contributed to the plight of African refugees in Yemen.

Some 42 civilians were killed in March 2017, when a helicopter, allegedly belonging to the Saudi-led coalition, opened fire on a vessel carrying more than 140 refugees in the Red Sea off the Yemeni coast.