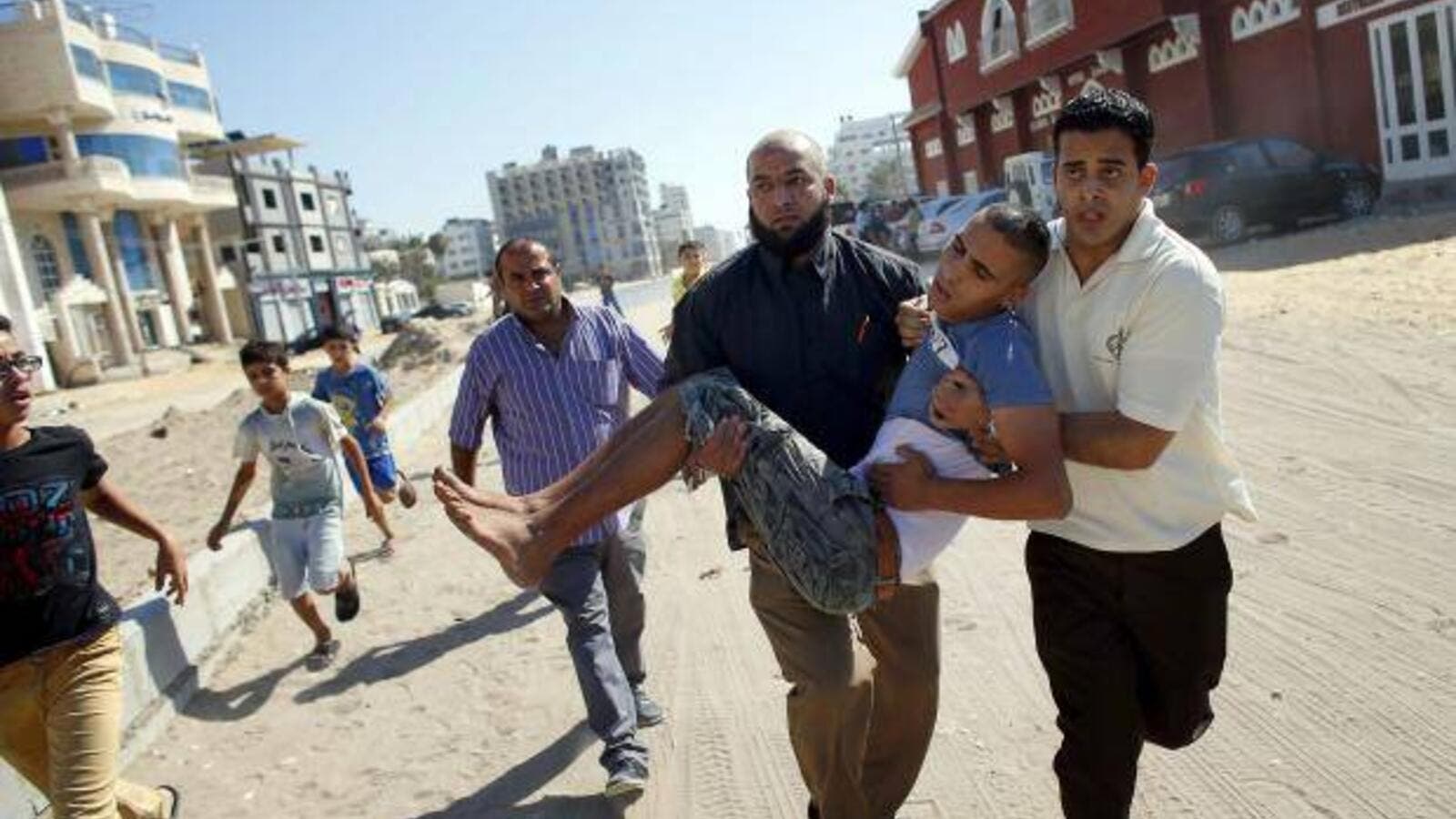 At least 10 Palestinians were injured by Israeli soldiers Sunday during demonstrations in the Gaza Strip.

He said medics in the area also responded to those injured by tear gas used by Israeli soldiers.

Separately, a 17-year-old Palestinian was run over by Israeli soldiers in a military vehicle Sunday in the West Bank town of Hebron.

Rateb al-Cubur, a Hebron coordinator of the Palestinian resistance movement, told Anadolu Agency that Israeli soldiers ran over Naser Abdurrabu in Yatta district after chasing him in the vehicle.

Abdurrabu was riding his motorcycle on the roadside and suffered broken bones and wounds when the jeep-type vehicle ran over him. He is currently being treated at a local hospital.

At least 31 Palestinians have been martyred by Israeli forces since March 30 when the peaceful demonstrations began, according to the Palestinian Health Ministry.

The rallies are part of a six-week demonstration that will culminate on May 15, which will mark the 70th anniversary of Israel's establishment -- an event Palestinians refer to as the "Nakba" or "Catastrophe".

Demonstrators demand that Palestinian refugees be granted the “right of return” to their towns and villages in historical Palestine from which they were driven in 1948 to make way for the new state of Israel.