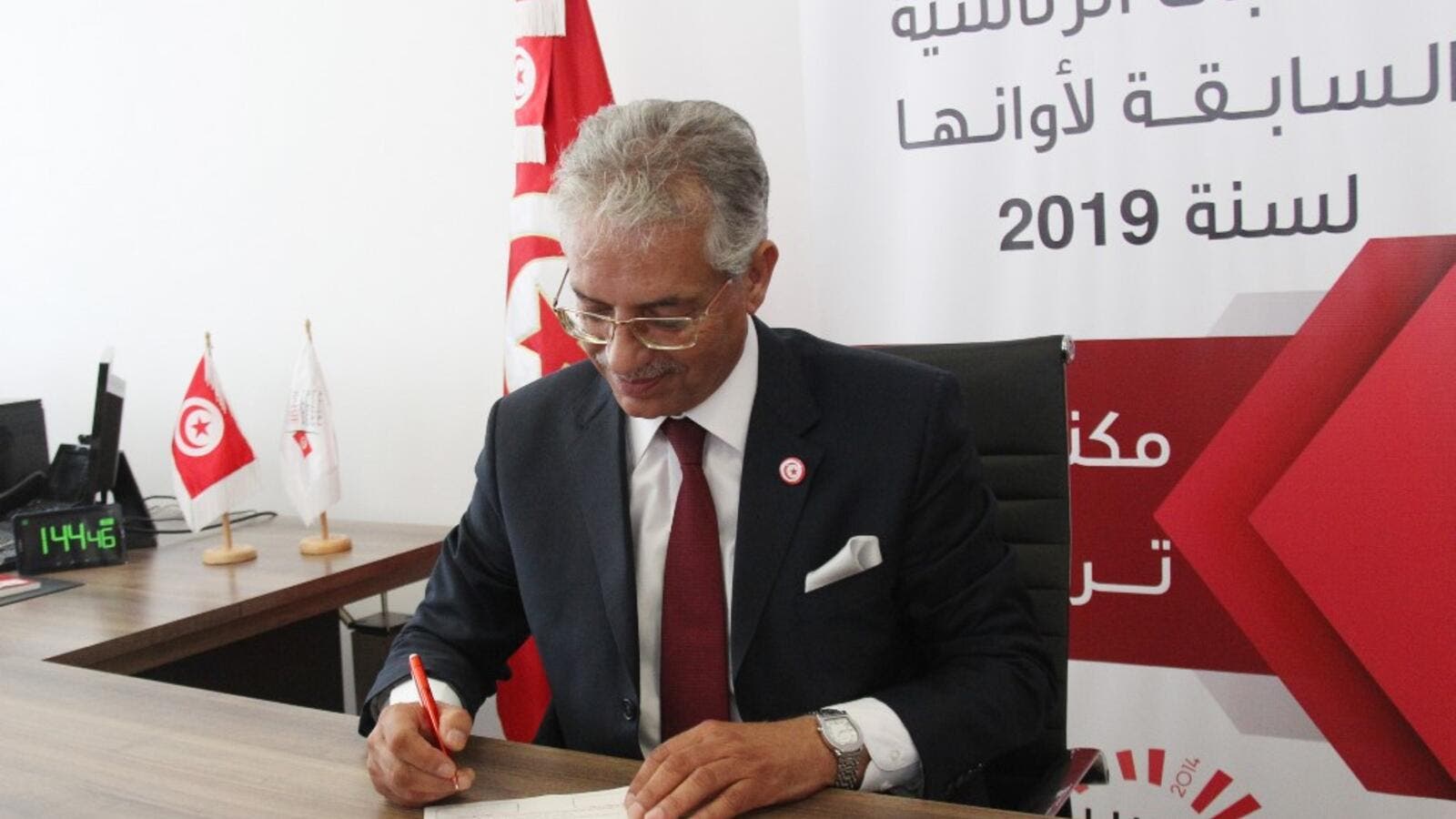 Amor Mansour, Tunisia's former minister of justice, submits his candidacy for the upcoming early presidential elections at the Independent High Authority for Elections (ISIE) in the capital Tunis on August 9, 2019. (AFP/ File Photo)

Appeals will be tackled next week, according to a date set by the country’s administrative court. Verdicts will be issued at the end of hearing sessions.

The country’s electoral commission had approved 26 candidates, including two women, out of a total of 97 hopefuls seeking to contest for the country's top office. Those approved include moderates, Islamists, and liberals.

A final list will be published by August 31st. More so, in its August 14 announcement, the body said the 71 rejected presidential candidates could file for court appeals.

Confusion rocking conventional support bases of political parties coupled with a host of candidates running independently, according to some political analysts, is the reason some candidates, such as Defense Minister Abdelkarim Zbidi, are suddenly gaining massive electoral weight.

“The left is divided among more than one candidate," he said while stressing that there is no apparent advantage to single one out from the running mates.

It is worth noting that Zibidi shares many of the liberal and moderate views championed by Prime Minister (PM) Youssef Chahed, who’s also running for presidency. Shared principals and political views set the stage for a heated competition to take place between the two.

Next to Zibidi and Chahed, each of ex-PM Mehdi Jomaa and Ennahda party vice-president Abdel Fattah Mourou will participate in the race.