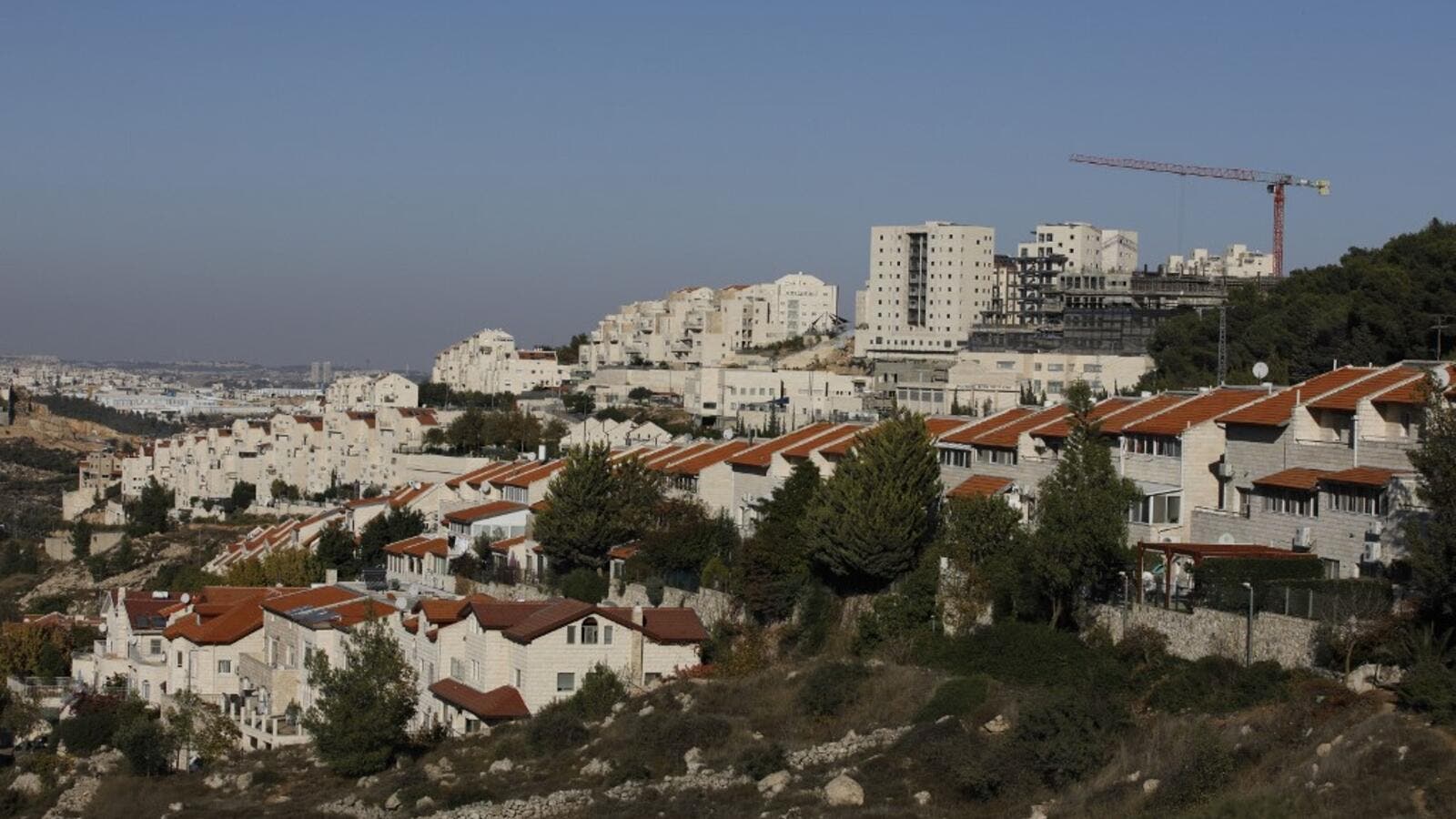 A picture taken on November 19, 2019 shows a general view of the Israeli settlement of Efrat near the Palestinian city of Bethlehem south of Jerusalem, in the occupied West Bank. (AFP/ File Photo)
Highlights
Pompeo’s declaration was surprising but not unusual, reflecting the views of past Republican administrations, which favor Israel over international law.

US Secretary of State Mike Pompeo’s announcement recognizing the legitimacy of Israel’s illegal settlement movement has prompted one of the largest protests challenging Israeli policies in the US Congress.

One-hundred seven members of Congress, all Democrats, signed a letter on Friday (Nov. 22) rebuking Pompeo for his declaration recognizing the settlements.

Only one of House Speaker Nancy Pelosi’s seven-member Democratic leadership team, Majority Whip James Clyburn of South Carolina, signed the letter. That exposes the hypocrisy of Congressional Democrats, including Pelosi, who have criticized President Donald Trump for shifts in longstanding policy on Israel and Palestine, but refrained from challenging those policies directly or offered counter legislation.

Pompeo’s declaration was surprising but not unusual, reflecting the views of past Republican administrations which favor Israel over international law. Even Democratic administrations that criticized the settlements continued to ignore Israel’s settlement expansion which grew under every Trump predecessor at an alarming rate, including President Barack Obama.

“The establishment of Israeli civilian settlements in the West Bank is not per se inconsistent with international law,” Pompeo said, including several important and ignored qualifications. He added the view did not reflect an opinion on the legal status of any individual settlement, nor was Trump declaring that the settlements were not subject to changes through direct negotiations between Israel and Palestine.

But the declaration itself was enough to prompt the 107 Democratics, led by Congressman Andy Levin, to issue a blistering attack on Trump and Pompeo’s actions.

The letter also criticizes Trump’s recent decisions to recognize Jerusalem as Israel’s capital outside of a negotiated settlement, the occupied Syrian Golan Heights as part of Israel, annexation of the Jordan Valley, and other actions including the halting of financial aid to Palestine and the closure of the Palestinian Mission in Washington D.C. as undermining peace and encouraging more violence.

The letter warned that the Trump administration’s actions and Pompeo’s declaration on settlements “would destroy prospects for a two-state solution and lead to a more entrenched and possibly deadlier conflict, this decision erodes the security of both Israel and the US.”

The letter is signed by Jewish, Christian and Muslim members including several who have been consistently outspoken in challenging Israel’s violence against Palestinian civilians such as Ilhan Omar, Rashida Tlaib, Betty McCollum and Alexandria Ocasio-Cortez.

Not included are Congressman Dan Lipinski, whose Illinois 3rd District represents one of the largest concentrations of Palestinian Americans in the country. Lipinski is being challenged by progressive Marie Newman who has embraced the Two-State Solution and criticized Trump’s declarations, and Palestinian-American Rush Darwish. Newman came within 2,000 votes of unseating the five-term Lipinski, while this is Darwish’s first election run.

“This State Department decision blatantly disregards Article 49 of the Fourth Geneva Convention, which affirms that any occupying power shall not ‘deport or transfer parts of its own civilian population into the territory it occupies,’” the letter continues.

“In ignoring international law, this administration has undermined America’s moral standing and sent a dangerous message to those who do not share our values: Human rights and international law, which have governed the international order and protected US troops and civilians since 1949, no longer apply. If the US unilaterally abandons international and human rights law, we can only expect a more chaotic and brutal 21st century for Americans and our allies, including the Israeli people.”

The US Congress has 435 members including 233 Democrats, 197 Republicans and 1 independent. Justin Amash, who was a member of the Republican Party representing the 3rd Congressional District, abandoned the GOP, criticizing Trump’s policies to become an independent. But Amash, who is also a Palestinian-American, did not sign the letter.