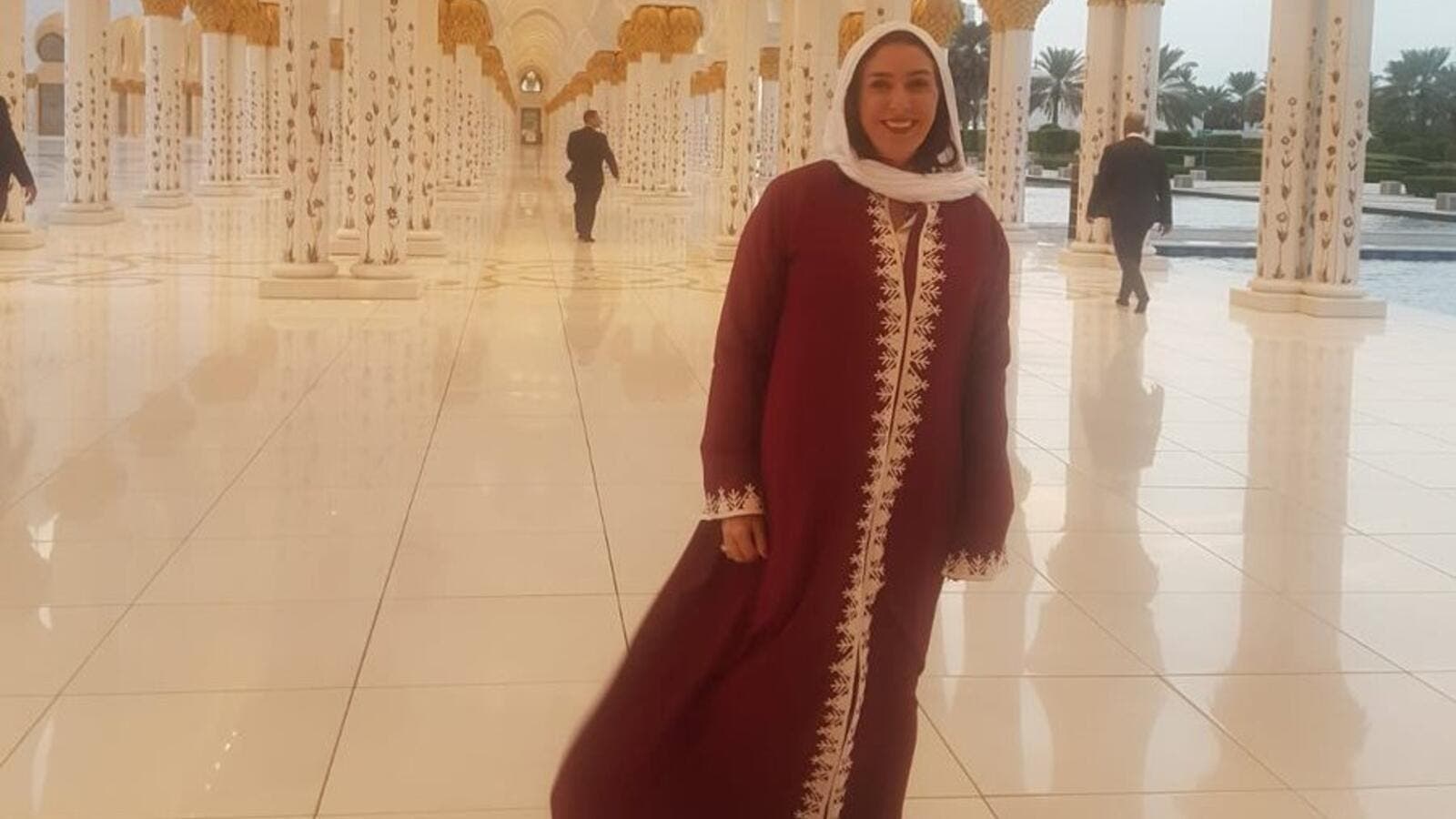 Officials in the United Arab Emirates have taken the Israeli sports minister on a guided tour of the grand mosque of Abu Dhabi as she made the first official visit to the Gulf state.

Miri Regev posted a video of herself at the Sheikh Zayed Grand Mosque in the Emirati capital on Monday in the latest sign of warming ties between Israel and Gulf states.

"I am glad that I have had the privilege to be the first senior Israeli figure to sign the guestbook at the mosque. I chose to do so in Hebrew, to send a message of brotherhood," Regev said, while dressed in Islamic clothing.

She thanked authorities in the UAE for the "official invitation" to visit the country and hailed the trip as "moving and powerful".

Regev arrived in Abu Dhabi on Friday to meet with Israeli athletes taking part in the Judo Grand-Slam, where the Israeli national anthem was performed for the first time in a Gulf state.

Israeli media published images and videos of Regev and the Israeli team, singing Hebrew songs and performing a Sabbath celebration in an Abu Dhabi hotel.

This is the first time an Israeli minister has made an official visit to the UAE and also the first time Israeli athletes have been granted permission to display the country's flag and play the national anthem in a Gulf state.

The developments also come days after Prime Minister Binyamin Netanyahu paid an official visit to the Gulf state of Oman, the first such meeting in over 20 years.

Palestinian officials have strongly condemned Oman for hosting Netanyahu, saying it was a betrayal of the Palestinian people who still live under brutal Israeli occupation in Gaza and the West Bank.

The visit was also criticised by pro-Palestine activists and media outlets.

Netanyahu has frequently boasted of warming, behind-the-scenes ties with Arab states, drawn to Israel in part out of mutual animosity toward Iran.

Israel and the Gulf Arab countries have shared concerns over Iran's activities across the region, including its nuclear programme and its involvement in civil wars in Syria and Yemen.

The UAE, like most Arab countries, does not have official diplomatic ties with Israel.