Published September 11th, 2021 - 02:03 GMT
The nation is marking the 20th anniversary of the terror attacks of September 11, 2001, when the terrorist group al-Qaeda flew hijacked airplanes into the World Trade Center, Shanksville, PA and the Pentagon, killing nearly 3,000 people. Michael M. Santiago/Getty Images/AFP (Photo by Michael M. Santiago / GETTY IMAGES NORTH AMERICA / Getty Images via AFP)
Highlights
DC Insider spoke with Daniel Pipes, historian and president of the Middle East Forum, to gain further insight on that devastating day and the future that it had created. 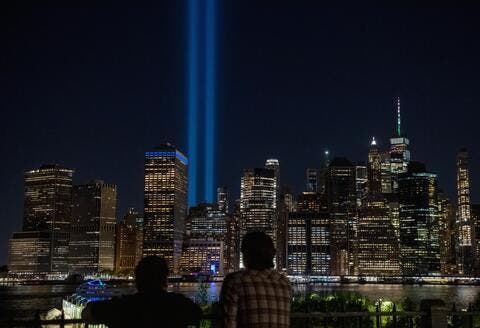 Deemed as one of the most horrific days in the history of mankind, that deadly day ultimately changed the world indefinitely and will always have a cringe-worthy effect on everybody- on a global scale- no matter how much of an impact it had on them due to the extenuating circumstances of the entire catastrophic ordeal.

DC Insider spoke with Daniel Pipes, historian and president of the Middle East Forum, to gain further insight on that devastating day and the future that it had created.

DC Insider: Twenty years later and 9/11 remains a day in history that will never be forgotten; endlessly memorialized. In your opinion, what lesson has the world learned from that tragic day?

Pipes: “The major lesson from 9/11 is that you can kill thousands of people, cause huge amounts of global economic damage, create great political turmoil, and still not achieve your goals. That day created enormous disruption, attention, and change. However, from the Islamist point of view- the Jihadist point of view- it didn’t achieve anything. I believe that the lesson for the Islamist movement is that violence is not useful… What is far more useful is to work through the institutions- educational, legal, political, media and so forth…”

“… What is effective is to work within the system, such as the Southern Poverty Law Center- an organization which [is a catalyst for racial justice in the South and beyond, working in partnership with communities to dismantle white supremacy, strengthen intersectional movements, and advance the human rights of all people.] That's far more effective then killing people and destroying buildings... That didn't achieve the goals that the Islamists had. Point blank.”

DC Insider: Since 9/11, would you say that there has been a rise in terrorist organizations infiltrating American institutions?

Pipes: There is widespread belief that the Islamists had seen the defeat of the Russians in Afghanistan as the key to the collapse of the Soviet Union and so they decided, ‘Okay, one down, just one more to go... Let's bring down the United States.” The idea was that 9/11 would do that but obviously, it didn't come anywhere close to doing that. When it comes to force, our military, our intelligence services, and our law enforcement will defeat them. However, when it comes to ideas, they are doing much better. Thus, ideas- not violence- is the way that they are proceeding. There’s still the occasional violence but it’s far less important and far less effective than the infiltration of American institutions by the Islamists.”

DC Insider: Commencing in the early 1990’s and ongoing to this very day, the CIA and other U.S. government agencies have exploited an intelligence-gathering program concerning the transfer of foreign nationals- that were simply assumed to have had affiliations with terrorism- to detention and interrogation in countries where in the CIA's view, federal and international legal safeguards do not apply. How many of these so-called ‘terrorists’ were actually affiliated with terrorism and would it be possible for this horrid law to come back into effect?

Pipes: “I don't know, but if you press me for a reply, I would say slightly over half [were not affiliated with terrorism.] It's not an area that I focus on so I don't have much knowledge on this, but I would tend to say no. I think that it proved itself unpopular and ineffective and so I would be surprised if it were to return. As the news came out about this set of procedures, most Americans felt much too queasy about it and so it quickly became unpopular and did not work.” 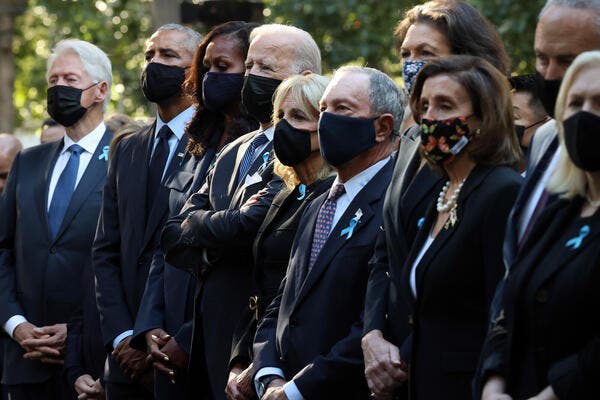 DC Insider: The aftermath of 9/11 led to many sorts of agreements and disagreements on who was responsible for the attacks, what led to the attacks, etc. This was most common between the left and the right which begs the question: Was 9/11 the beginning of the major rift between the two parties that we are seeing today? 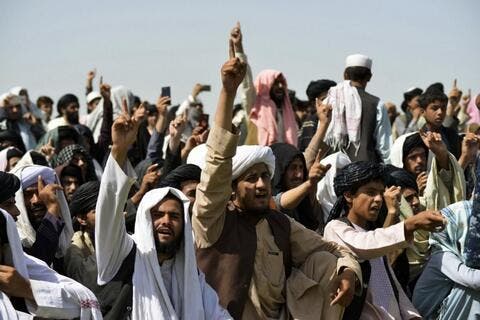 Pipes: “I think that the short-term effect was to bring people together… “United we stand’ was the slogan and it was the reality for a few months but then afterwards, it led to a profound disagreement over the cause of the attack. Conservatives argued that these were extremists who hate us and were trying to hurt us because they're aggressive while liberals countered, “Not so fast… We're not [all that] innocent. We have made a lot of mistakes and so we are partially to blame while in other cases, we are fully to blame.” Thus, this led to a great debate over the causes and repercussions of the attack and I see this, in some ways, as the beginning of the huge differences of opinion between the left and the right in the United States today. There are so many issues in which the left and the right profoundly disagree and I'm not merely saying that 9/11 caused all of that, but I am saying that it definitely contributed to that deep divide between the left and the right.”

DC Insider: As with any other catastrophic event, 9/11 played the role of the catalyst to countless conspiracy theories. Since you wrote the book on these theories, which of them would you say is the most plausible?

Pipes: “There really is only one significant conspiracy theory that is the most plausible: mainly that the US government [was behind the attacks on 9/11] and that this was a way to justify going into Afghanistan and other policies. For example, polls in Europe show that a third of the population- in countries like France- were sympathetic to this idea. This single grand conspiracy indicates that this was an insider job…  Close analysis of the damage done to the Pentagon shows that there was never really a plane [that had supposedly crashed into the government agency], and so if you look at the biographies of the hijackers, they were obviously set up by American intelligence services. I do not consider this at all possible but these ideas are surely significant.”