200 Kids on US Border Removed Into Better Facility 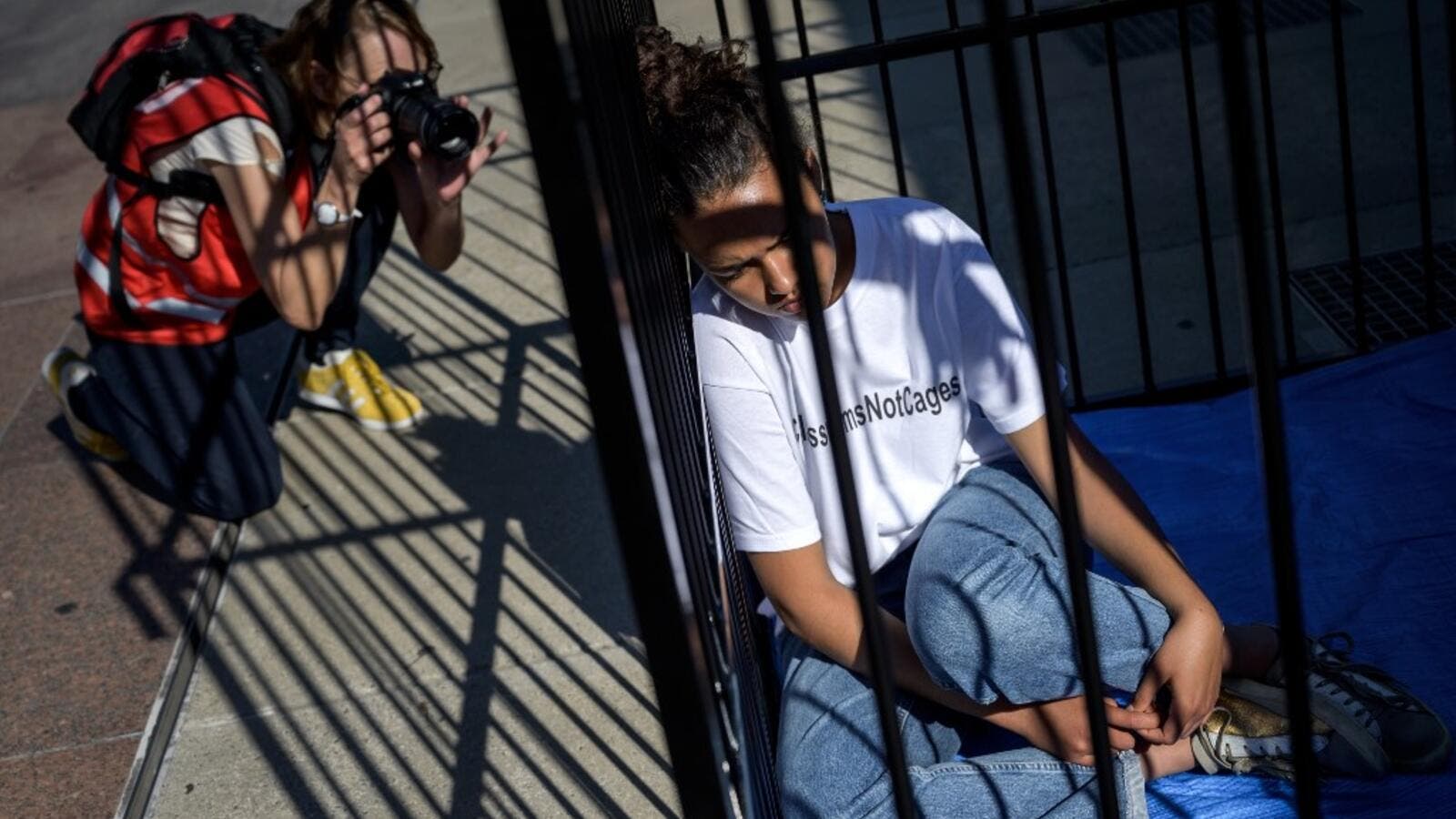 A photographer takes a picture of a teenager sitting in a cage during a protest of international labor groups, civil society and students against the policy of migrant family separation along the US-Mexico border on June 17, 2019 in front of the United Nations offices in Geneva. (FABRICE COFFRINI / AFP)
Highlights
Over 200 migrant children held at an overcrowded border patrol station.

Over 200 migrant children held at an overcrowded border patrol station have been moved following reports last week of hundreds of children detained in unsanitary conditions without adequate food or care.

"Children do not belong in detention and [President Donald Trump]'s failed policies are only harming children and promoting needless and cruel family separation," she said on Twitter.

The announcement comes after lawyers with Human Rights Watch said children had lived in the Clint short-term facility for up to four weeks, well above the 72 hours maximum limit set by U.S. law.

"Many of the kids in the Clint facility are too young to wash or feed themselves, yet they are left to fend for themselves with the help of related older children," said Clara Long, a senior researcher at HRW. "The detained children we spoke with told us about an infant as young as six-months-old being cared for by an unrelated teenager because the baby's mother was in the hospital."

In the letter to Sanders and Provost, Escobar said HRW lawyers found 59 of the 255 children to be under the age of 12 and many of them had been separated from their parents who had no idea where their children were.

"Although the Clint Station is outside of my district and I have never had the opportunity to inspect the facility, I am nonetheless disturbed that children have been kept in these conditions in El Paso County and would ask that you update me while this matter is fully investigated and until these children are released from Department of Homeland Security custody and reunited with their loved ones," she said.

She said she had spoken with both Provost and Sanders the day previous about the allegation, which was the first time either was informed of the issues at the facility.

Between June 2018 and May 2019, more than 700 children had been separated from their parents and placed in federal shelters by U.S. border agents, the Houston Chronicle reported.

"The Trump administration is intent on criminalizing asylum, detaining as many individuals as possible, and on needlessly separating children from their family members," Escobar said in a June 21 tweet following the revelations at the Clint border facility. "It doesn't have to be this way."