56 Palestinian Kids Arrested Over Tearing Down Photos of Al-Assad 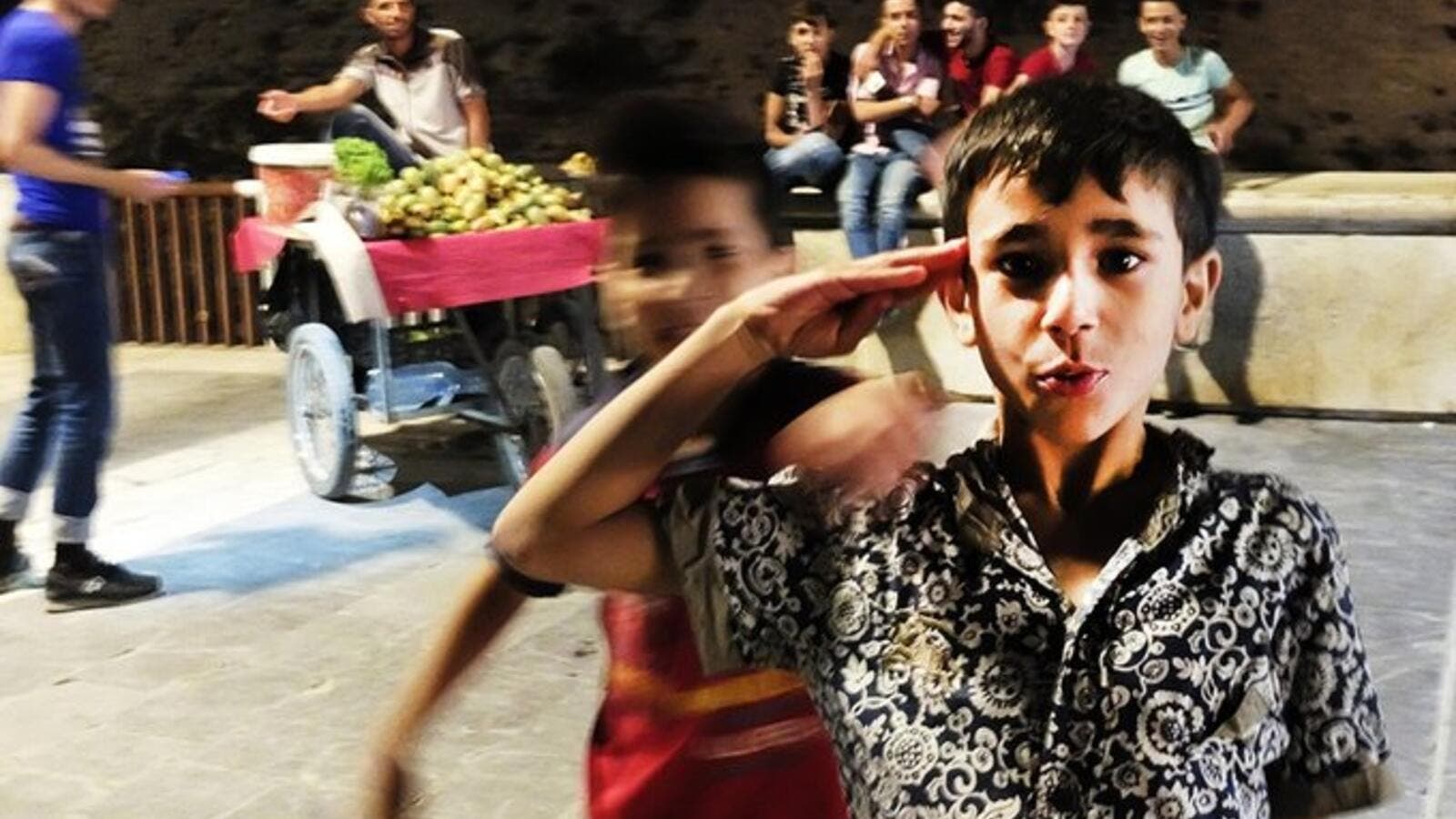 (Twitter)
Highlights
An arrested Palestinian student, who was released during the weekend, said that he was questioned about ISIS. Parents believe investigators are trying to implicate those kids and their families in the charges claimed against them.

The Syrian security apparatus arrested on Sunday 56 Palestinian children in the town of Yalda, south of Damascus, over tearing down photos of President Bashar Al-Assad’s.

The Action Group for Palestinians of Syria (AGPS), a London-based human rights watchdog that monitors the situation of Palestinian refugees in war-torn Syria, said that the Damascus patrol branch raided al-Jarmaq Primary School and arrested 20 students. The patrol then searched the houses of civilians and arrested 36 other Palestinian students aged between 10 and 16.

Several families and leading officials at the Yarmouk Palestinian camp in Syria held contacts on Sunday with the patrol branch to learn about the fate of their children and to secure their release.

The branch’s command refused to release the children and accused them of belonging to the so-called “Caliphate Cubs” that pledged allegiance to ISIS during the period when the organization was present in Yarmouk Camp, south of Damascus.

An arrested Palestinian student, who was released during the weekend, said that he was questioned about ISIS. Parents believe investigators are trying to implicate those kids and their families in the charges claimed against them.

AGPS reported that Palestinian families in the south of Damascus experience tension and fear over the implication of their children in false accusations to take revenge for the tearing down of Assad’s photos.

“Until now, the fate of those children is still unknown as they remain in the custody of the patrol branch in Damascus,” AGPS said.

More than 5,000 Palestinian refugees live in towns and villages south of Damascus under difficult human and security conditions.

Also, the Syrian Observatory for Human Rights quoted sources on Sunday as confirming that the 216th Branch known as “Filastin Branch”, had arrested 38 students of “Al-Jarmaq” Primary School in Yalda town south of the capital Damascus, after they had torn a picture of “Bashar Al-Assad”.