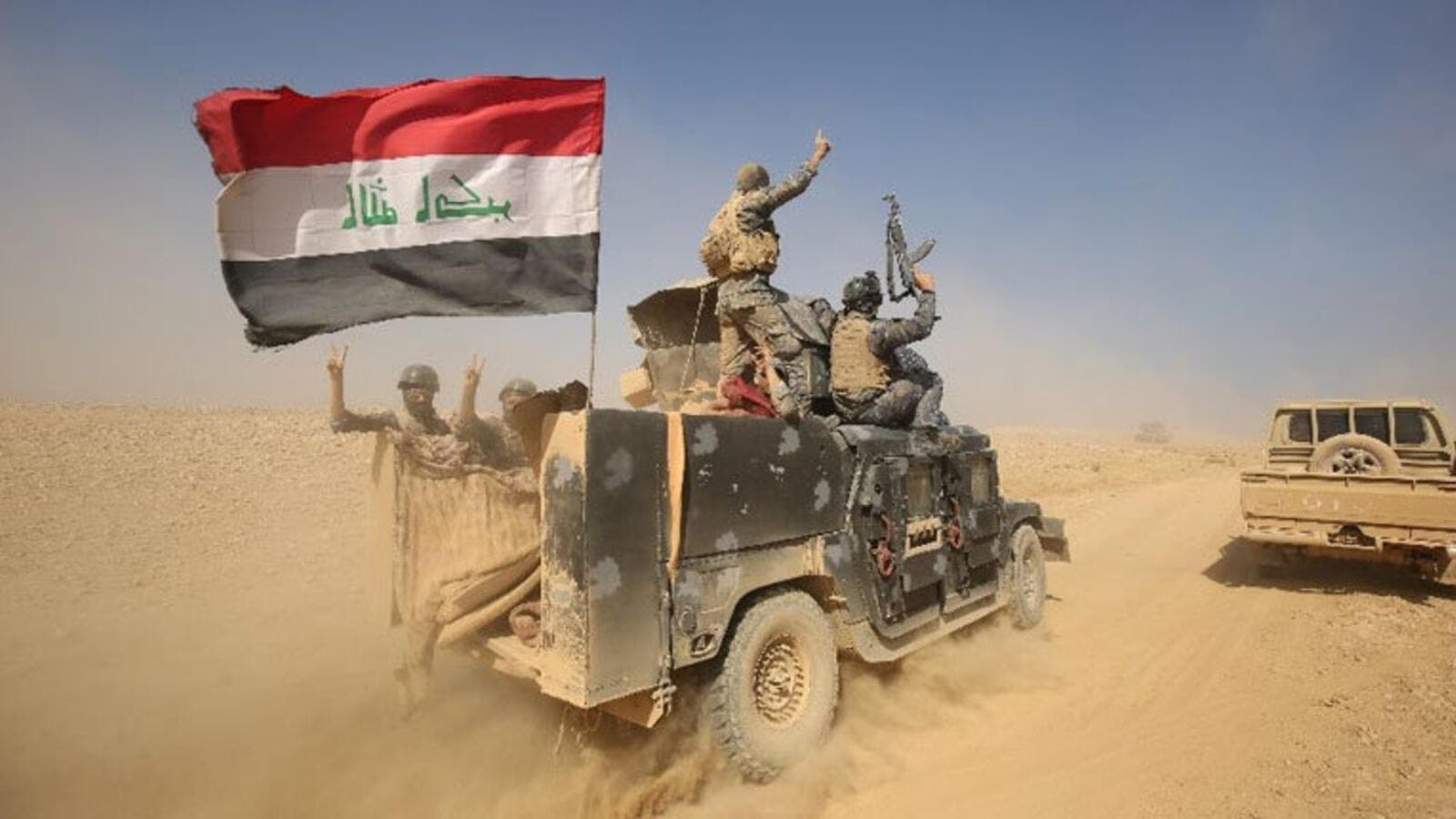 After overrunning vast territories in both Iraq and Syria in 2014, ISIS recently suffered a string of major defeats at the hands of the Iraqi army and a U.S.-led coalition (AFP/File)

Seventy-five ISIS militants were killed during operations in Al-Anbar, in the last 72 hours, according to Brigadier-General Yahya Rasul.

Spokesman for the Iraqi army’s Joint Operations Command (JOC), Yahya Rasul, said that the joint forces of Iraqi army and Hashd al-Shaabi fighters killed 75 terrorists in Al-Qaim district, which was ISIS' last stronghold in the western city of Anbar, since the beginning of the operation on Thursday.

That day, the Iraqi prime minister’s office announced that the army had launched fresh operations aimed at capturing Anbar’s ISIS-held border towns of Al-Qaim and Rawa.

Iraqi forces took control of a wide area including near villages and essential institutions, according to Rasul.

Also, Iraqi warplanes hit eight positions which were under control of ISIS, in Al-Qaim and Rawa, leaving many militants dead, as well as an explosives depot and arms depot destroyed.

After overrunning vast territories in both Iraq and Syria in 2014, ISIS recently suffered a string of major defeats at the hands of the Iraqi army and a U.S.-led coalition.

In August, the terrorist group lost Tal Afar in Iraq’s northern Nineveh province. One month earlier, the city of Mosul -- once the capital of ISIS' self-proclaimed "caliphate" -- fell to the Iraqi army following a nine-month campaign.