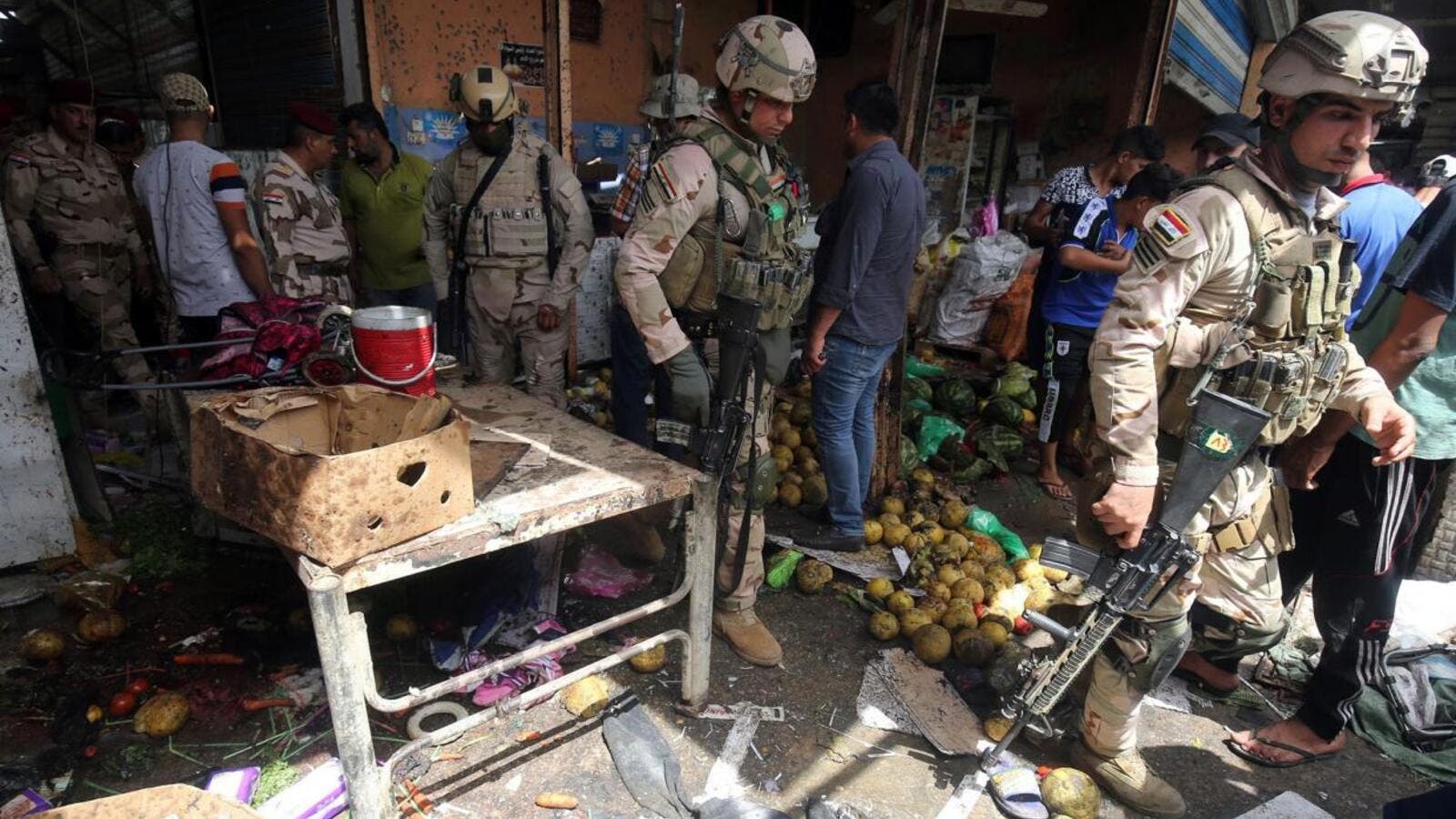 Iraqi security forces gather at the site of a suicide bombing in the Shaab area in northern Baghdad on May 17, 2016. (AFP/Getty/File)

At least eight people were killed and 23 others injured Tuesday in multiple bomb attacks across Baghdad, authorities said.

A police officer was killed when a bomb detonated that was planted in his vehicle in al-Adl in the western area of the capital, according to the country’s interior ministry.

In another attack, a roadside bomb killed one victim and injured three others as a Shia militia, Hashd al-Shabi, patrol car passed in Abu Ghraib, also in western Baghdad.

In separate bomb attacks in Al-Iskan, Suveyb and Ed-Durra areas, six victims were killed and 20 others were injured.

No one has claimed responsibility for the attacks.

Iraq has suffered a devastating security vacuum since mid-2014, when Daesh captured Mosul and overran large swathes of territory in the northern and western parts of the country.