Abbas Allegedly Agrees to Pay $42,000 to a Man's Family Who Killed Two Israelis

Published June 10th, 2021 - 06:10 GMT
Palestinian Authority President Mahmoud Abbas poses for photographs at the European Parliament in Brussels on June 23, 2016. (Thierry Charlier/AFP/Getty Images via JTA)
Highlights
The payment was delivered to the family of Muhannad Al-Halabi who killed two

The president of the Palestinian Authority allegedly approved a $42,000 (£30,000) payment to the family of a killer who stabbed two Israelis to death in 2015. 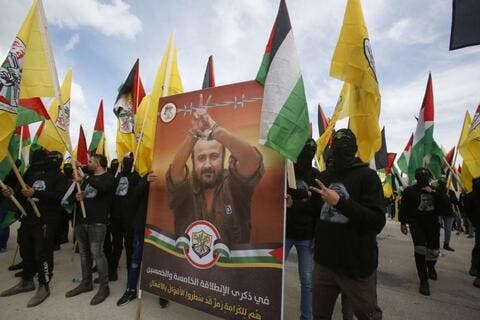 Jailed Marwan Barghouti Set to Become The Next Palestinian President

PA President Mahmoud Abbas orders payment of $42,000 to family of Palestinian who murdered 2 Israelis | The Times of Israel https://t.co/ExGWQdQtIf

Al-Halabi was part of the terrorist group Palestinian Islamic Jihad, and stabbed and killed two Israeli citizens in 2015, according to Fox News.

According to a report from the Middle East Media Research Institute (MEMRI), the payment was 'on behalf of Palestinian president Mahmoud Abbas to "complete the payment of the cost" of their home' which Israel demolished after the attack.

The Washington Free Beacon was the first to flag the report from the MEMRI.

'The governor stressed that the meeting was being held on instructions from Abbas, who had ordered [Ghannam] to handle the issue of the house 'in order to preserve the dignity of the family,' the MEMRI wrote.

'Ghannam thanked Abbas, who she said 'attributes special importance to the families of the martyrs, prisoners and fighters' and is 'like a compassionate father to all our [Palestinian] people.'

In 2015, Al-Halabi stabbed two Israeli citizens to death before he was killed by police.

Criticised by some as a 'pay to slay' scheme that supports terrorism, the fund has received hundreds of millions of dollars in funding from the Palestinian government, according to the U.S. State Department.

The payment from Abbas came after the Biden administration announced a $112 million (£85 million) aid package to the Gaza Strip last month.

The enclave found to the south-west of Israel is controlled by the Palestinian Authority-backed terror group Hamas.

He stabbed a settler, took his pistol & killed another settler pic.twitter.com/dvHqeDGMHD

Abbas has previously told Western leaders that his government does not have any formal involvement with militants or terror organisations, and has denied that he is supporting the so-called 'pay-to-slay' programmes.

The $112 million aid package was announced by the U.S. Secretary of State Anthony Blinken during a tour of the Gaza Strup after recent clahses between Israel and Hamas.

Israel carried out hundreds of airstrikes on Gaza during the 11-day war, in which Hamas and other militant groups fired more than 4,000 rockets at Israel. 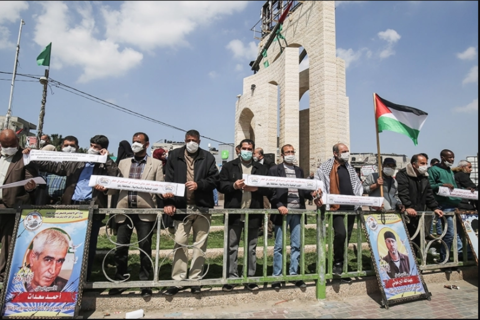 At least 254 people were killed in Gaza, including 67 children and 39 women. according to the Gaza health ministry.

Hamas has acknowledged the deaths of 80 militants. Twelve civilians, including two children, were killed in Israel, along with one soldier.