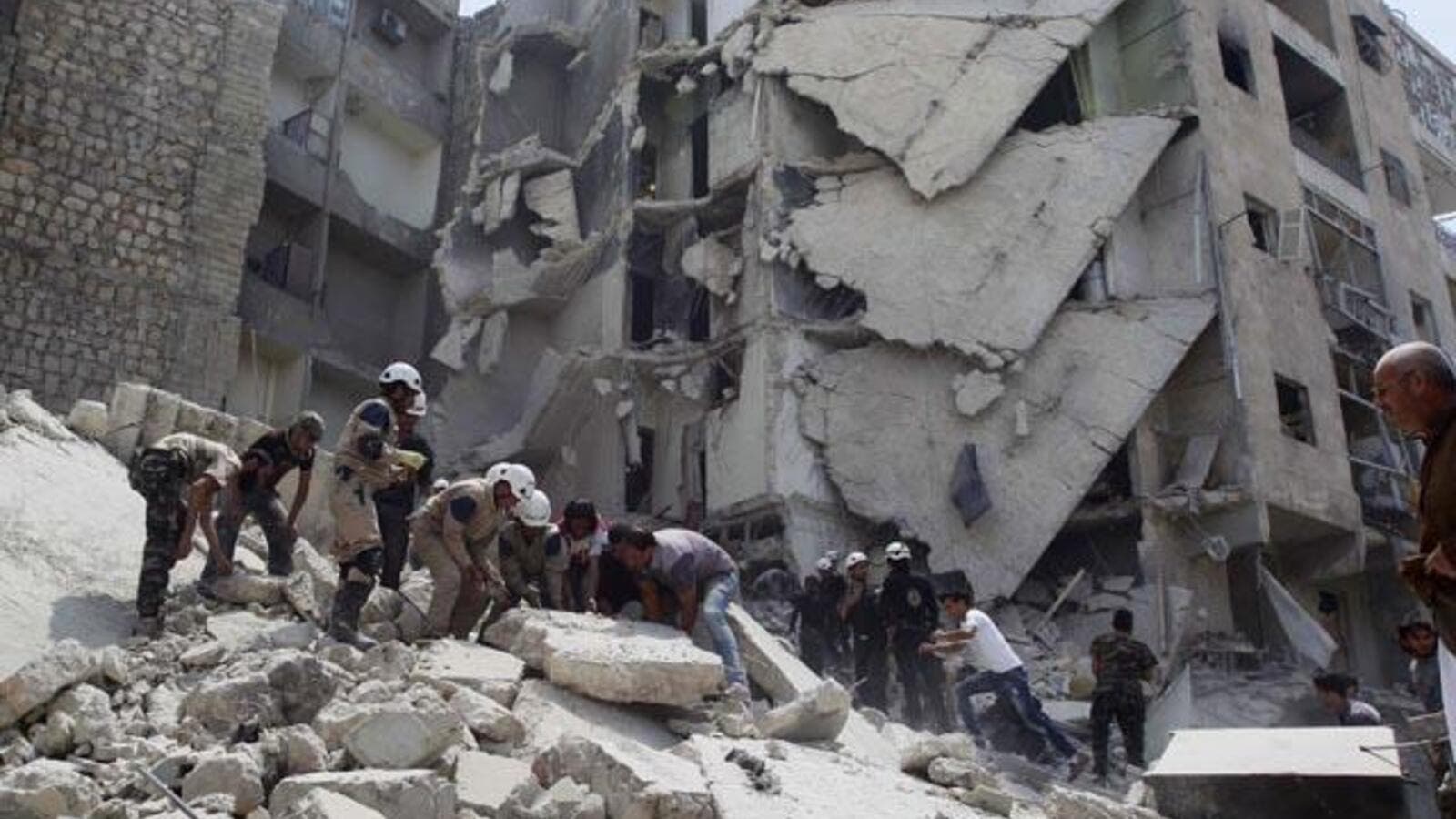 Amid claims of barrel bombs and cluster munitions being used, the French and British foreign ministers are denouncing 'war crimes'. (AFP/File)

Heartbreaking images of a baby girl said to have been rescued from the rubble of a building in war-torn Syria have stirred strong emotions worldwide.

A video uploaded online shows a hardened 'White Helmets' rescuer in tears as he tends to the child, reportedly pulled alive from what remained of a four-storey building in Idlib, after an air strike.

The little girl was taken to hospital, as Russian warplanes and their Syrian government allies continued to batter rebel-held areas of Aleppo on Saturday.

That city's main trauma hospital, known as M10, has already been hit in the past week and has now been destroyed say rebels and aid workers, with two patients killed.

"The hospital is now out of service completely. There's destruction to walls, infrastructure, equipment and generators. There are no more guards or staff left. It's complete darkness," said radiologist Mohammad Abu Rajab.

Amid claims of barrel bombs and cluster munitions being used, the French and British foreign ministers are denouncing 'war crimes'.

Britain's Foreign Minister Boris Johnson is quoted in an interview in the UK's Sun newspaper as saying:

"One thing I think is certainly a war crime is the double tap procedure that they do.

"They drop one bomb and then they wait for the aid workers to come out, civilian people pulling the injured from the rubble, and then five minutes later they drop another bomb.

"We have evidence. We have good ground to believe that the Russians themselves have been doing that.

"We are trying to document that fully because that is in my view unquestionably a war crime."

French Foreign Minister Jean-Marc Ayrault said the shelling of healthcare structures and personnel in Aleppo amounted to war crimes, adding: "Their perpetrators will be held to account."

"The bombing of Aleppo needs to finally stop! Whoever wants to fight terrorists does not attack hospitals!" German Foreign Minister Frank-Walter Steinmeier tweeted.

The United States and its allies have urged Russia, which is trying to crush resistance to Syrian President Bashar al-Assad, to halt the bombing and reach a diplomatic resolution.

Moscow has brushed aside such accusations, insisting its air campaign, started a year ago, will continue.

On the ground, pro-regime forces are fighting on several front-lines, closing in on rebels but also on the 250,000 civilians thought to be trapped in Aleppo.