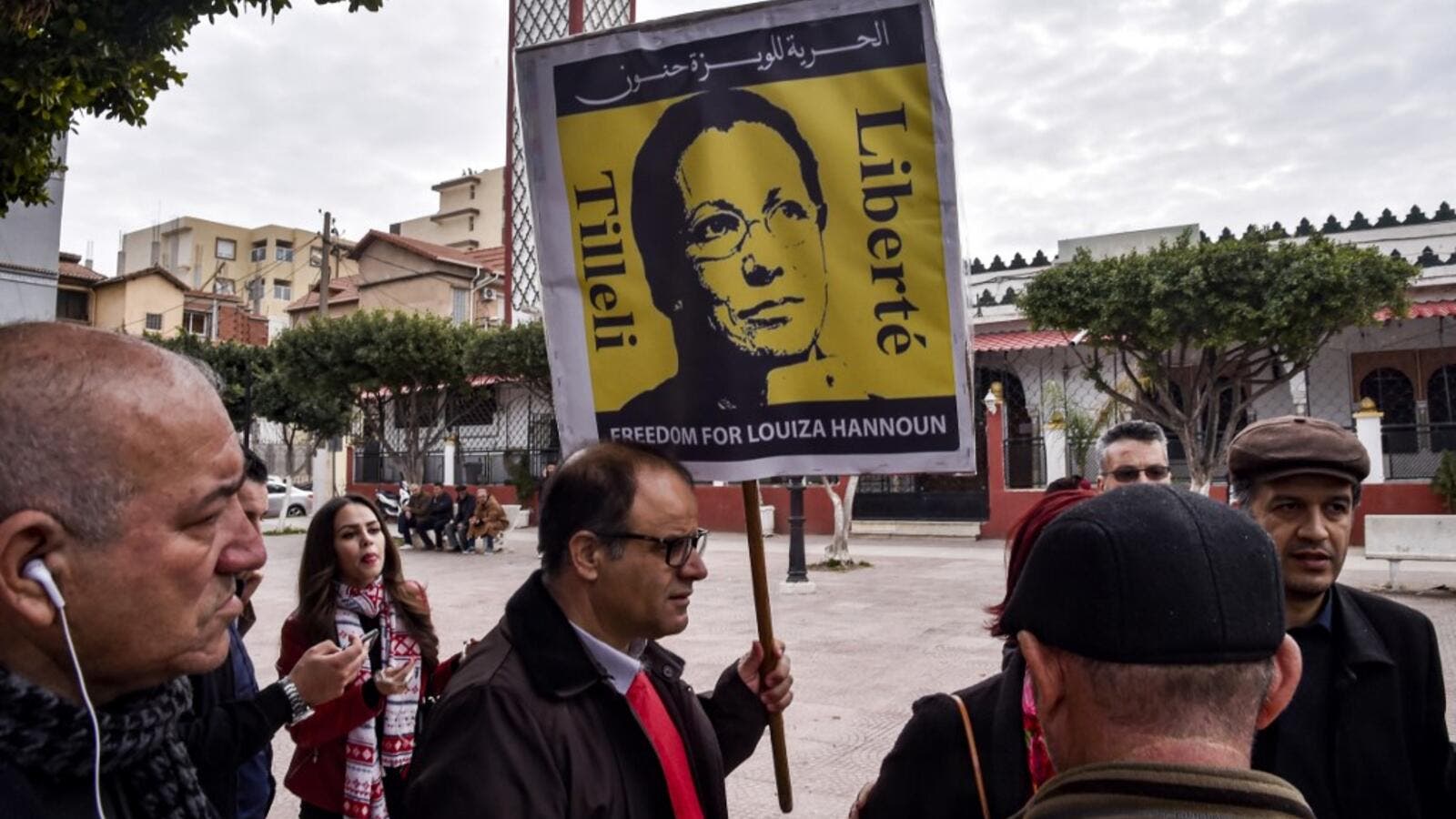 Supporters of Louisa Hanoune, head of Algeria's Workers' Party, gather for a demonstration in the city of Blida, about 45 kilometres southwest of the capital, on February 9, 2020, where Hanoune and Said Bouteflika, the jailed brother of the former president, are due to appear at a military tribunal. AFP

Algerian security forces arrested on Wednesday businessman Mohamed El Eid Ben Omer and 30 other people, most of whom are senior figures in government banking institutions.

The arrests were in line with an order issued by the examining magistrate in a court in the capital, Algiers.

Judicial sources said the order came due to an ongoing months-long probe on suspected “waste of public funds” and giving away agricultural land for industrial projects, which is considered a crime in Algeria.

Ben Omer, the owner of a complex for food industries, had benefited from loans worth hundreds of millions of dinars, according to judicial sources.

The sources confirmed that the loans were given to the businessman as a “preferential treatment” through the backing of influential regime figures during the rule of former president Abdelaziz Bouteflika.

Such illegal practices have led to the imprisonment of many businessmen, three of whom were automotive industry tycoons, who had also obtained privileges thanks to their good relations with decision-makers.

The “car assembly” case has also returned to the courts as a hearing session was held Wednesday in the capital’s court of appeal.

However, the judge postponed the verdict till Feb. 26 after the defendants’ lawyer said he “did not have enough time to review the case.”

The misdemeanor court issued its rulings in this case in December, and the defendants received harsh penalties. Ex-premier Ahmed Ouyahia was sentenced to 15 years in jail while and former PM Abdelmalek Sellal received a 12-year sentence. Ex-industry ministers Mahdjoub Bedda and Youcef Yousfi had sentences of 10 years.

Former industry minister Abdeslam Bouchouareb, who was tried in absentia, received a 20-year prison sentence, and an international arrest warrant was issued against him.

Meanwhile, a court in western Algeria acquitted on Wednesday 30 activists from charges of “obstructing the organization of the presidential elections,” which took place late 2019.

Protesters’ families and demonstrators chanted slogans in support of the popular movement in Ain Temouchent court (400km west of Algiers) as the judge issued the verdict.

The 30 activists were arrested after they organized demonstrations against the presidential candidates, who visited the city as part of their electoral campaign.

Lawyers and political activists had protested the charge against the detainees.