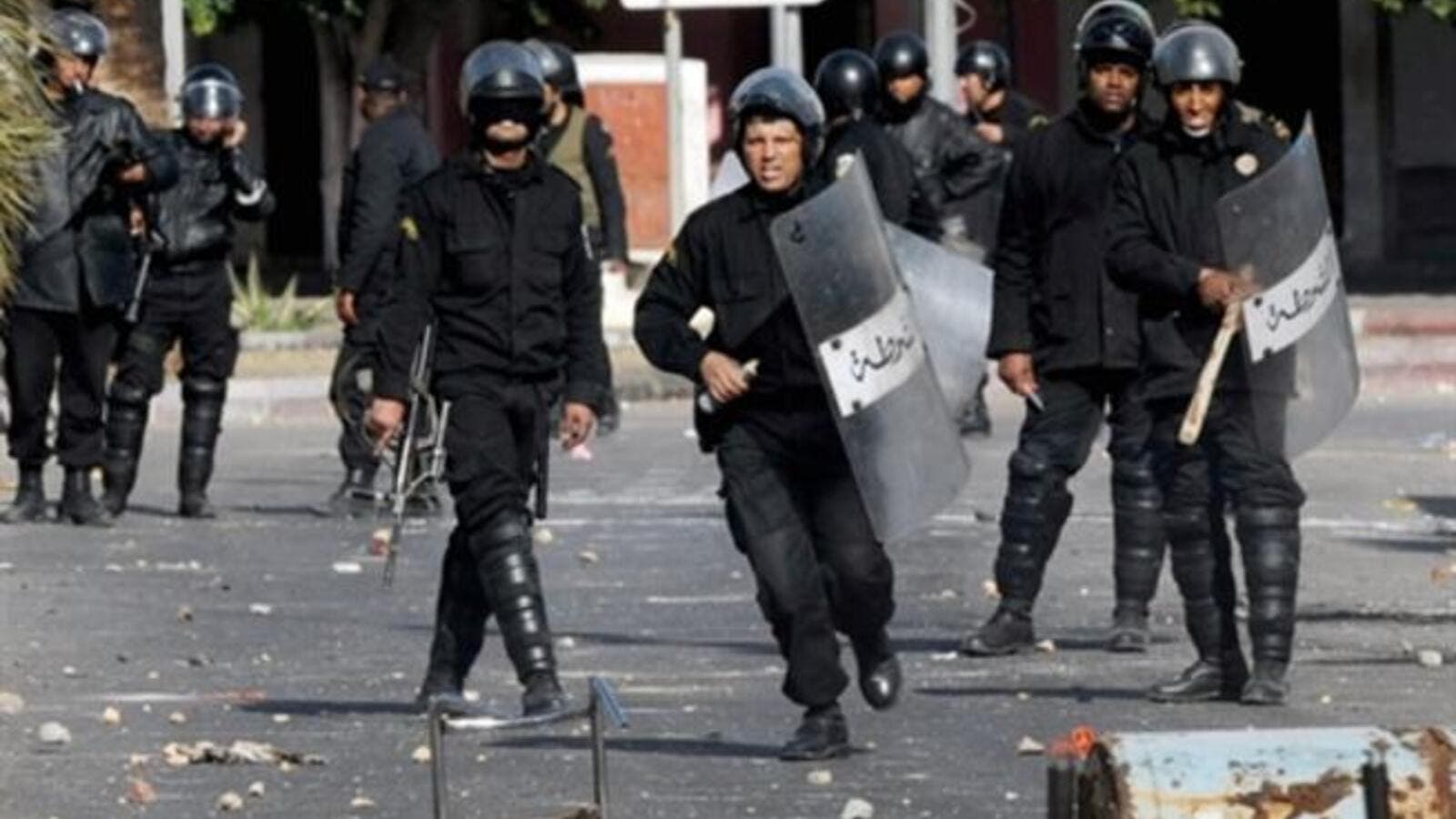 Tunisian security forces have been accuses of reliance of 'brutal' tactics. (AFP/File)

A rise in "brutal tactics" by Tunisian security forces in line with nationwide emergency laws to counter terrorism are threatening reforms in Tunisia, Amnesty International said in a report on Monday.

Since the 2011 Tunisian revolution that sparked the Arab Spring, the North African country has been wracked by militant attacks that have killed more than 100 soldiers and police, some 20 civilians and also 59 foreign tourists.

Authorities have hit back by imposing a series of security measures and Tunisia has been under a continuous state of emergency since a November 2015 attack that killed 12 presidential guards.

Entitled "An end to the fear: abuses under Tunisia's state of emergency”, the report "exposes how entrenched impunity has fostered a culture in which violations by security forces have been able to thrive", said Amnesty's Heba Morayef.

It outlines what Amnesty calls 'Tunisian security forces' reliance on the brutal tactics of the past, including torture, arbitrary arrests, detentions and restrictions on travel of suspects as well as harassment of their family members".

All this, it says, "is threatening Tunisia's road to reform".

"The chilling accounts detailed in this report signal a disturbing rise in the use of repressive tactics against suspects in terrorism-related cases over the past two years, providing a grim reminder of former President Zine El Abidine Ben Ali's rule," said Amnesty. Ben Ali was ousted in the 2011 revolt.

The report details 23 cases of torture and other ill-treatment by police, the National Guard and counter-terrorism brigades since January 2015.

Amnesty said victims spoke of being "brutally beaten with sticks and rubber hoses, placed in stress positions such as the 'roast chicken' position or forced to stand for prolonged periods, subjected to electric shocks, deprived of sleep or had cold water poured on them".

It quoted a man identified only as Ahmed, to protect his identity, speak of being "raped with a wooden stick" in police detention.

"They beat me until I fell unconscious," Ahmed is quoted as saying.

"They beat me on my legs and feet and my arms which became bruised and inflamed. I still get nightmares from the torture I endured. They beat me until some of my toenails came off," he told Amnesty.

"There is no doubt that the authorities have a duty to counter security threats and protect the population from deadly attacks, but they can do so while respecting the human rights protections set out in the Tunisian constitution and international law," said Morayef, North Africa research director at Amnesty International.

"Giving security agencies a free hand to act above the law will not deliver security," she said.

"This report exposes how entrenched impunity has fostered a culture in which violations by security forces have been able to thrive."

At the end of his mission, Emmerson plauded Tunisia's efforts to counter terrorism but said "the fight should be grounded in human rights to serve as a model for the region and beyond".

"I am particularly concerned about the conditions I witnessed in the Mornaguia Prison, which fall well below international minimum standards," he said. He also voiced concern about "allegations of ill-treatment and torture".