Published July 3rd, 2021 - 05:04 GMT
People lay flowers, candles, and shoes at an impromptu vigil as part of "No Pride in Genocide" event in Toronto, Ontario, Canada, July 1, 2021, to encourage reflection on Canada's treatment of indigenous people following the discovery of unmarked graves at residential schools in Canada. Cole Burston / AFP
Highlights
Thousands of graves of Indigenous children were found in Canada.

Demonstrators in Canada toppled statues of Queen Victoria and Queen Elizabeth II in protest of the hundreds of remains that have been found at schools for Indigenous children. 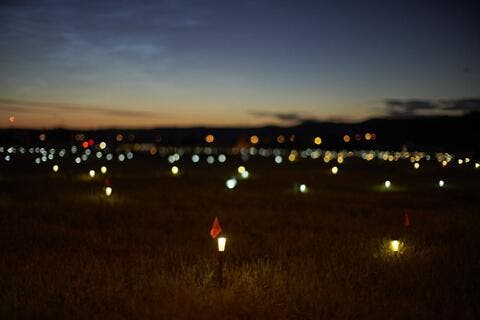 The protests took place Thursday, Canada's national day, when cities throughout the country normally hold celebrations to mark the country's colonization by the British in 1867. Many of those celebrations were more subdued or canceled this year in response to the discovery of the unmarked graves, CNN reported.

"We obviously condemn any defacing of statues of the queen," the British government said in reaction.

"Our thoughts are with Canada's Indigenous community following these tragic discoveries and we follow these issues closely and continue to engage with the government of Canada with indigenous matters."

The BBC reported that police used a stun gun during its arrest of one man at the scene. Crowds chanted "no pride in genocide" during the protest.

Nearly 1,000 unmarked graves have been found at two Canadian schools for Indigenous children in the past two months -- one in Saskatchewan and another in British Columbia. 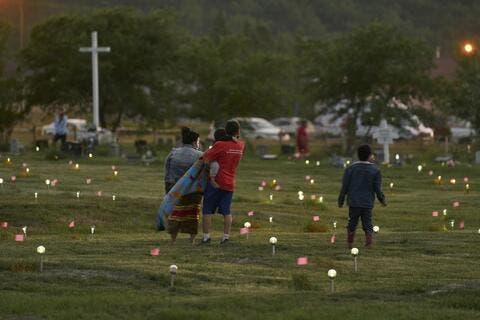 Canada: New 200 Graves Unearthed in a Grisly 'School' Cover up