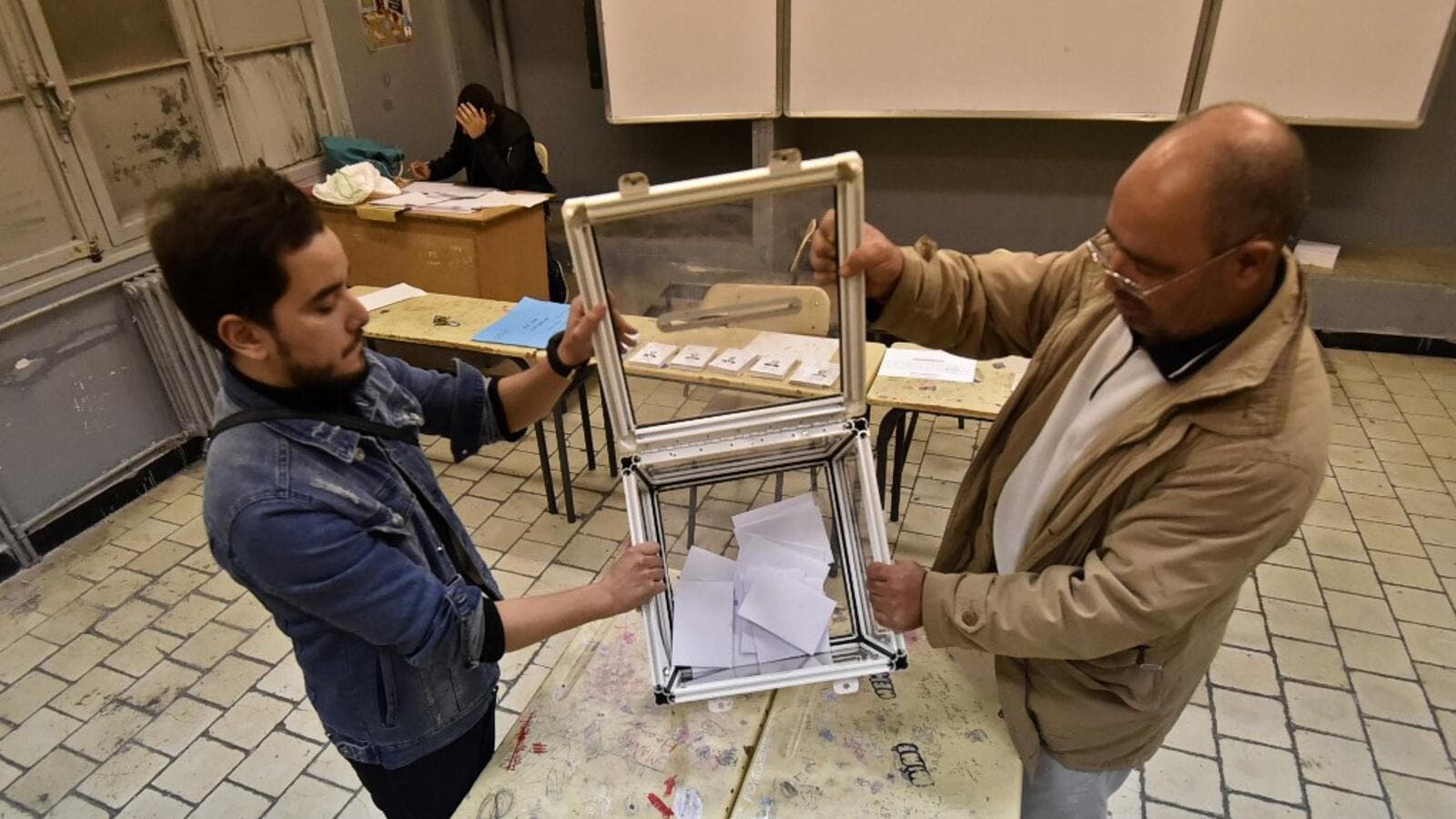 Protesters in Algeria have stormed polling stations across the country as voting began in a deeply unpopular presidential election on Thursday.

Shortly after polls opened, attackers "ransacked the ballot boxes and destroyed part of the electoral lists" in the disaffected northern mountain region of Kabylie, home to much of the country's Berber - or Amazigh -minority, a resident of the city of Bejaia told AFP.

Elsewhere in Kabylie, a large crowd surrounded a polling station in the city of Tizi Ouzou and protesters also took to the streets of Bouira, witnesses said.

Kabylie has a long history of opposition to the central government but Thursday's presidential vote was unpopular across much of the country.

In central Algiers, uniformed police and plainclothes officers were out in force and made about 10 arrests in the morning to prevent a repeat of the previous day's mass demonstration.

Five candidates are in the running, all of them widely rejected as "children of the regime" of Bouteflika - among them former prime ministers Abdelmajid Tebboune and Ali Benflis and a former minister, Azzedine Mihoubi.

Turnout was expected to be extremely low after demonstrators shouting "no vote" again pressed their demand for a boycott, facing off with truncheon-wielding riot police in Algiers on the eve of the polls.

"How can we trust those who betrayed the country and helped Bouteflika?" read one placard at the rally, which saw scores arrested and many wounded in clashes with security forces.

Polls were scheduled to close at 6pm GMT but the result may not be announced for a day or longer, as was the case after previous elections already marked by high abstention rates.

Whoever wins will struggle to be accepted by the electorate in the North African country, where many citizens rail against a military-backed regime they see as inept, corrupt and unable to manage the flagging economy.

"None of the five candidates can hope to be considered legitimate" in the eyes of the protesters, said Anthony Skinner, Middle East and North Africa director at risk analysis company Verisk Maplecroft.

He predicted that "the vote will be boycotted on a large scale".

'No to the system'

In an early indication of mass abstentions, polling stations at Algerian embassies abroad have stayed almost empty since they opened Saturday, with the few expatriates who did show up weathering insults by protesters.

The "Hirak" street movement kicked off when Bouteflika, 82, announced in February he would seek a fifth term in office.

Since then protesters have stayed on the streets for more than 40 weeks, demanding the total dismantling of the system that has ruled Algeria since independence from France in 1962.

The military high command, which long wielded power from the shadows, has been forced to take a more visible role and has pushed for the election as a way to withdraw behind the scenes again.

Demonstrators have vented their anger at army chief Ahmed Gaid Salah, who has emerged as Algeria's de facto strongman.

Given the broad opposition, the five candidates have run low-key campaigns, usually under heavy police protection and often being drowned out by hecklers.

Protests have been illegal in Algiers since 2001 and police have only tolerated weekly Hirak protests on Fridays and student marches on Tuesdays.

Wednesday marked the anniversary of the outbreak of major demonstrations against French colonial power in Algeria in 1960, and calls online urged protesters to converge on the Algiers square commemorating it.

Meriem, a 62-year-old Algiers resident, marched with her daughter and daughter-in-law brandishing red cards to oppose the election.

"I'm marching to say no to the vote," she said, "no to the Bouteflika system without Bouteflika."