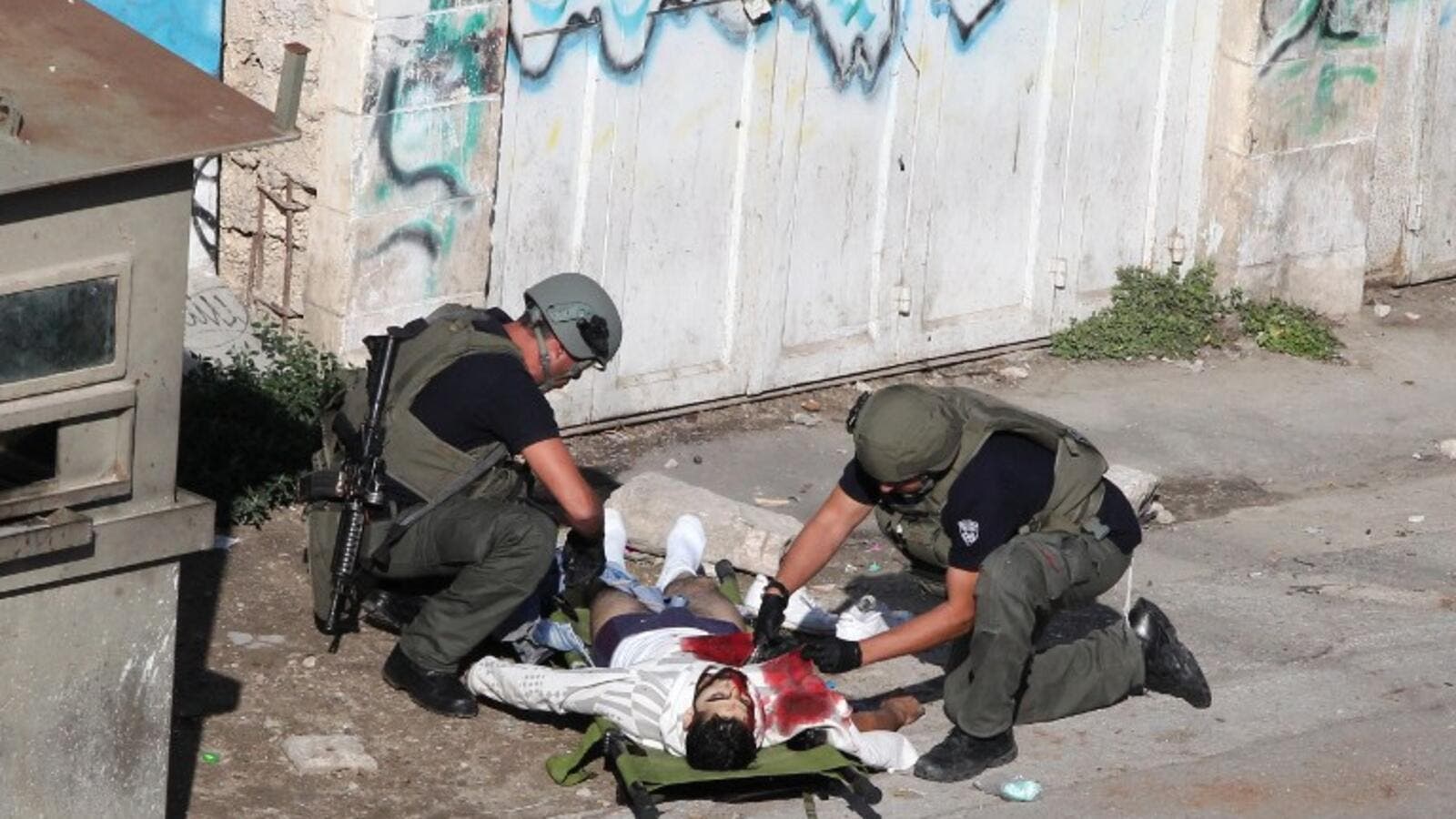 Israeli security forces inspect the body of a Palestinian man who stabbed and lightly wounded an Israeli border guard before being shot dead in the Israeli occupied West Bank city of Hebron, on October 29, 2015. (AFP / Hazem Bader)

Israeli soldiers shot dead a Palestinian near the illegal Beit Hadassah settlement in Hebron in the second alleged stabbing attack in the city on Thursday, Israel's army and media said.

The Israeli army said in an initial report that a “Palestinian assailant” attempted to stab an Israeli soldier “at a security post in Hebron” before being shot on site.

According to Israeli media, the Palestinian man attempted to stab an Israeli in the illegal settlement before he was “neutralized” and killed. No injuries have been reported.

Hours before, a 23-year-old Mahdi Mohammad Ramadan al-Muhtasib was shot dead by an Israeli border policeman near the Ibrahimi Mosque in Hebron after an alleged attack on an Israeli soldier.

A soldier received light injuries to his face before the suspect was shot dead on scene, according to reports by Israeli media.

An eyewitness disputed the account, telling Ma’an that he saw an Israeli soldier shoot at the Palestinian, hitting him in the shoulder.

“Then the Israeli soldier approached him and shot him in the head and dropped a knife near his body,” the eyewitness added.

Another eyewitness said he saw the Palestinian running when Israeli soldiers shot him. "The boy fell to the ground before the soldiers took off his clothes and wrapped him in a black sack."

Nearby schools were evacuated following the attack as clashes broke out in the area.

Beit Hadassah, where Thursday’s second alleged attack took place, was the first of four illegal settlements to be established in downtown Hebron.

They are home to over 500 Israeli settlers who are protected by thousands of armed Israeli forces who regularly clash with Palestinian locals living in the area.

Well over ten Palestinians have been killed in the Hebron district this month, five of whom were children.

Over 60 Palestinians have been killed this month as rights group call for Israel to halt "unlawful" killings of Palestinians who have not posed a great enough threat at the time of their death for the deliberate use of force to be permissible by Israeli forces.