Anti-Morsi masses take to the streets nationwide to support coup 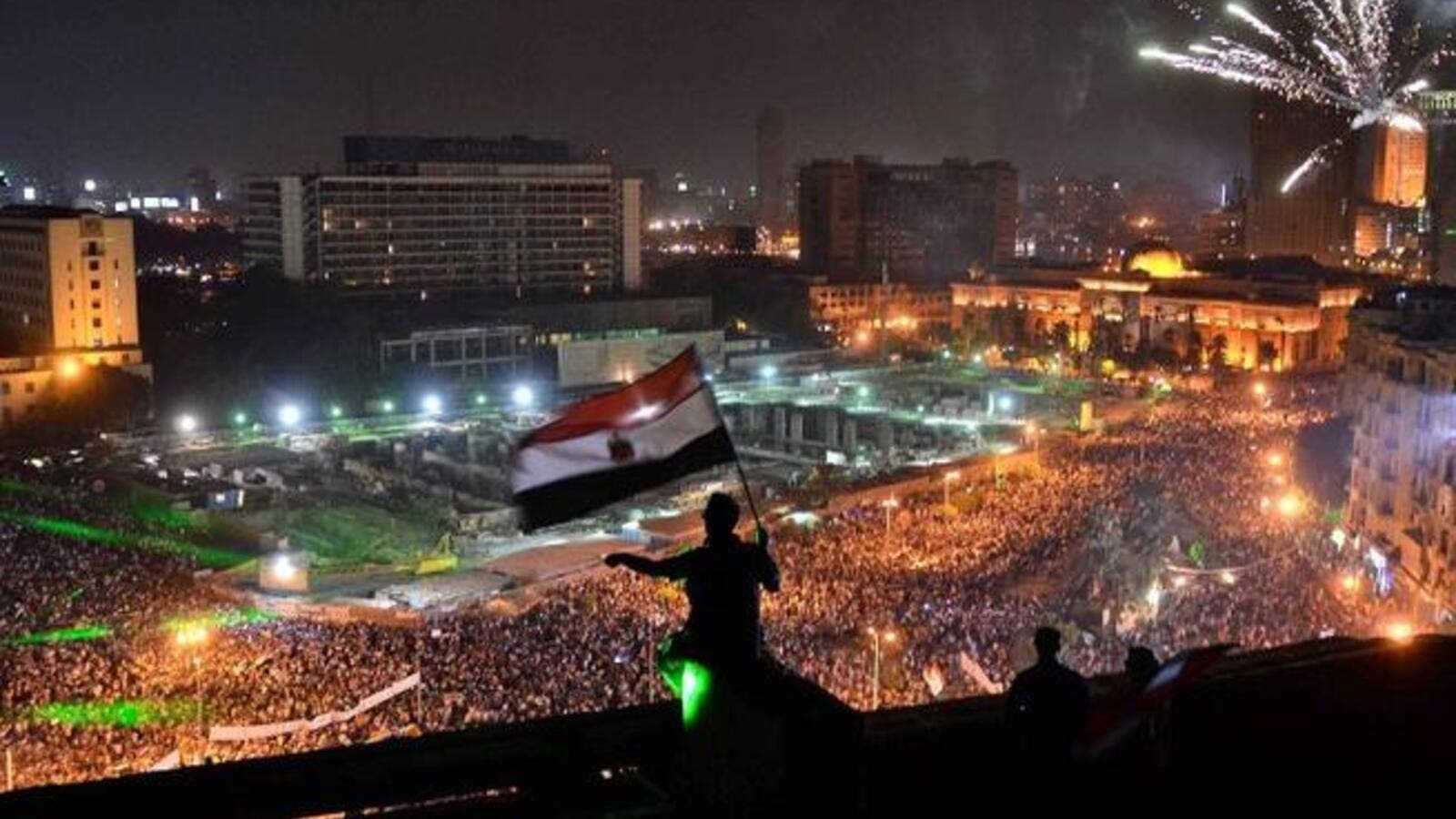 Egyptians wave the national flag on a building rooftop on July 7, 2013 as hundreds of thousands flood Egypt's landmark Tahrir square to demontrate against ousted President Mohammed Morsi and in support of the Egyptian Army in Cairo (Mohamed el-Shahed / AFP)

Mass demonstrations were held Sunday across Egypt to show support for recent army intervention to depose former president Mohamed Morsi after millions of Egyptians took to the streets on 30 June calling for early presidential elections.

Dubbed the day of "popular legitimacy," protesters defied Morsi supporters, who have also been demonstrating in smaller numbers across the country to demand the reinstatement of the ousted president and reject what they view as a military coup.

Egypt's army stepped in last week, deposing Morsi and drawing up a transitional roadmap that included the appointment of the head of Egypt's constitutional court as president.

It also called for the formation of a new technocratic government until early presidential elections and parliamentary polls are held.

The roadmap closely followed what was demanded by the viral opposition 'Rebel' campaign – the impetus behind the 30 June protests – which said it had gathered 22 million signatures in support of Morsi's impeachment.

ElBaradei, former head of the International Atomic Energy Agency, had been tipped to become the new prime minister, but his candidacy was dropped after the Salafist Nour Party voiced objections.

Most Islamists are opposed to ElBaradei, who represents a sizeable portion of Egypt's liberal current.

Egypt's presidency has yet to officially confirm the appointment of either ElBaradei or Bahaa El-Din.

Violence broke out on Friday between pro- and anti-Morsi protesters in Egypt's main cities, Cairo and Alexandria, which saw at least 30 killed from both sides.

Anti-Morsi protesters blamed some of the clashes on the ousted president's supporters, who rallied close to their demonstration.

Residents were involved in many of the clashes, and firearms were used in some of the skirmishes, leading to over 1000 injuries.

Interim President Adli Mansour said in a statement after his appointment that the Muslim Brotherhood – the group that fielded Morsi in last year's presidential polls – is "part of the nation."

He called on the group to engage in talks with other political forces to draw up a new government.

The Brotherhood refused to join the talks, however, insisting that Morsi remains president. The group has demanded his release and reinstatement as elected head of state.

Despite calls for dialogue and inclusion, several top Brotherhood members have been arrested since Morsi's ouster, including group deputy head Khairat El-Shatter and Saad El-Katatni, head of the Brotherhood's Freedom and Justice Party.

The two men face charges of "inciting violence" against attackers who assaulted the group's Cairo headquarters with Molotov cocktails on 30 June.

Meanwhile, 12 people jailed for attacking the group's headquarters in March were acquitted on Sunday.

One of the activists, Ahmed Douma, who had also faced charges of insulting the president, was released pending investigations on Saturday after having been jailed since April.

Reports have also circulated recently that a constitutional declaration would soon be issued comprised of 34 articles.

Egypt's controversial constitution was temporarily suspended last week by Military Commander Abdel-Fattah El-Sisi when he announced Egypt's political "roadmap" – agreed upon with the opposition – that included amending the national charter.