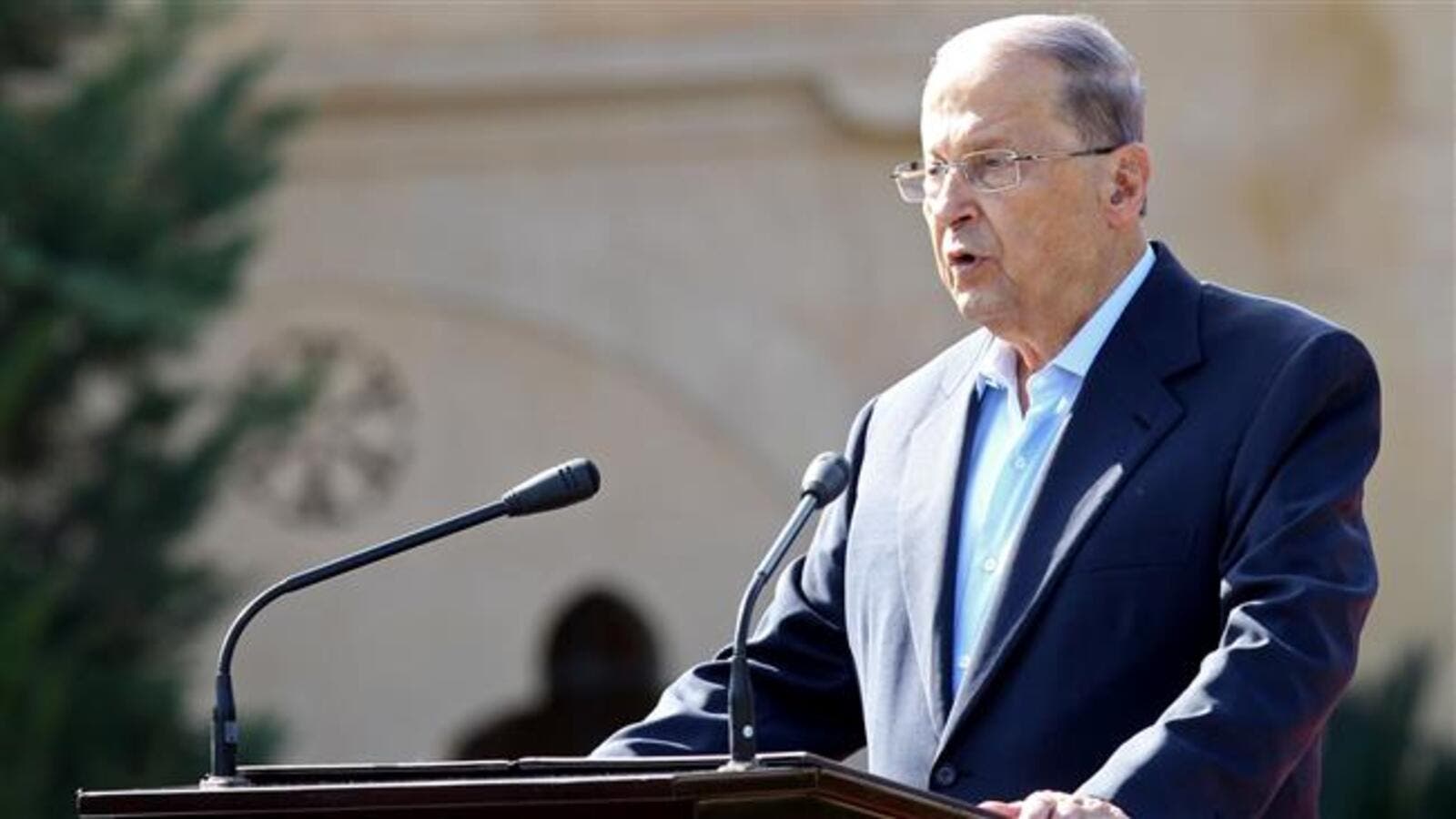 Lebanese President Michel Aoun says Lebanon condemns the violation of Lebanese airspace when Israeli jets flew over the country to strike at a base in Homs in Syria. (AFP/ File Photo)

President Michel Aoun has reiterated that “Lebanon will never be an aggressive country, but we refuse any aggression on our land.”

Discussions focused on military cooperation with Lebanon as well as regional security developments and US military assistance to the country.

The meeting was attended by both a Lebanese and American delegation that included US Ambassador to Lebanon Elizabeth Richard.

The president said a tripartite meeting between Israel and Lebanon, mediated by the United Nations peacekeeping mission, is expected to be held next month to “end Israeli violations of Lebanon’s international border.”

Votel reiterated his country’s support to the Lebanese army and security forces, and stressed the consolidation of cooperation between the two sides.