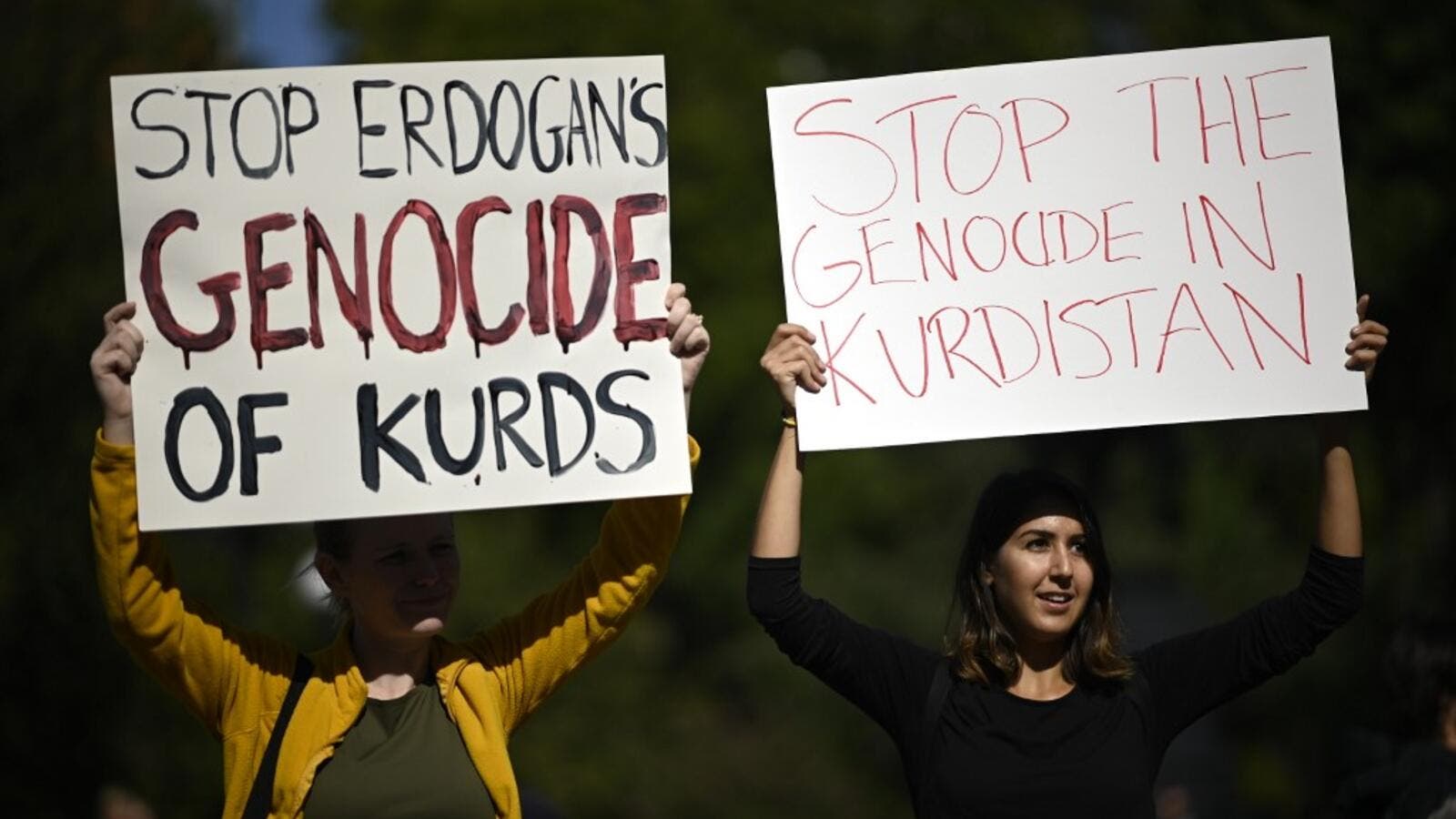 Turkey’s military offensive against Kurds in northeast Syria is an “invasion of an Arab state’s land and an aggression on its sovereignty,” Arab League foreign ministers said on Saturday after an emergency meeting in Cairo.

Arab League Secretary General Ahmed Aboul Gheit on Saturday led Arab foreign ministers in lambasting Turkey's military operation in northeast Syria as an "invasion of an Arab state's land and an aggression on its sovereignty".

Adel Al-Jubeir, Saudi minister of state for foreign affairs, condemned the Turkish invasion, and urged the international community to act immediately to end it.

He was backed by Anwar Gargash, UAE minister of state for foreign affairs, who said: “We call for the exit of Turkey and its forces, as well as all foreign forces that have violated this Arab country — and to push for a successful political solution.”

The Turkish invasion “will exacerbate humanitarian crises, increase the suffering of the Syrian people, and strengthen the ability of terrorists to reorganize their remnants,” Alhakim said. He and Gebran Bassil, Lebanon’s foreign minister, called on the League to reinstate Syria’s membership, which was suspended in 2011.

Reading from the meeting's final communique, Aboul Gheit said that the Arab League will consider taking measures against Turkey in the economic, investment and cultural sectors, and include tourism and military cooperation.

He also called on the UN Security Council to "take the necessary measures to stop the Turkish aggression and (for) the withdrawal from Syrian territory immediately".

Qatar, which is considered a Turkish ally, did not block the communique, but voiced reservations.

"The Qatari reservation puts Qatar in one trench with the aggressor, and I have no further comment," Egypt's Foreign Minister Sameh Shoukry told Reuters TV.

There was also mounting international condemnation of the Turkish invasion, which began last Wednesday after President Donald Trump withdrew US troops from their posts supporting Kurdish fighters on the Turkey-Syria border.

Tens of thousands of people took part in protest marches in Paris and other European cities on Saturday, some shouting “Erdogan terrorist,” and Germany banned arms exports to Turkey. In the first four months of 2019, Turkey received weapons from Germany worth about $200 million.

In northeast Syria, Turkish troops and their Syrian opposition allies entered the battleground town of Ras Al-Ain, but Kurdish fighters denied that the town had been captured. Ras Al-Ain and Tal Abyad further west have been primary goals of the Turkish invasion, and have come under heavy bombardment

Turkish airstrikes on Kurdish-held towns and intense artillery exchanges caused mounting casualties on both sides of the border. In Syria, 74 Kurdish fighters, 49 Syrian opposition fighters backed by Turkey, four Turkish soldiers and 28 civilians have been killed. In Turkey, at least 17 civilians have died.

The UN said at least 100,000 civilians had fled their homes, most heading east toward the city of Hasakeh, which has not been targeted by the attack. Aid groups warned of another humanitarian disaster if the offensive is not stopped.

Anadolu news agency said Saturday the forces have arrived at the M-4 highway that connects the Syrian towns of Manbij and Qamishli. The road is about 30 kilometers south of the Turkish border.