Are fans coming to Qatar for Islam or the World Cup?

The Katara Cultural Village Mosque in Qatar’s capital of Doha has become the focus of attention for World Cup fans who want to get to know about Islam.

Multilingual male and female preachers at the mosque explain the religion and tolerance of Islam to tourists.

▪️ The Katara Cultural Village Mosque in Qatar’s capital of Doha has become the focus of attention for World Cup fans who want to get to know about Islam. https://t.co/wKTNtmpwNC

Electronic boards about Islam in more than 30 languages at the door are positioned to allow visitors to view them on their phones. And booklets introducing Islam in different languages ​​are distributed to those who want them. 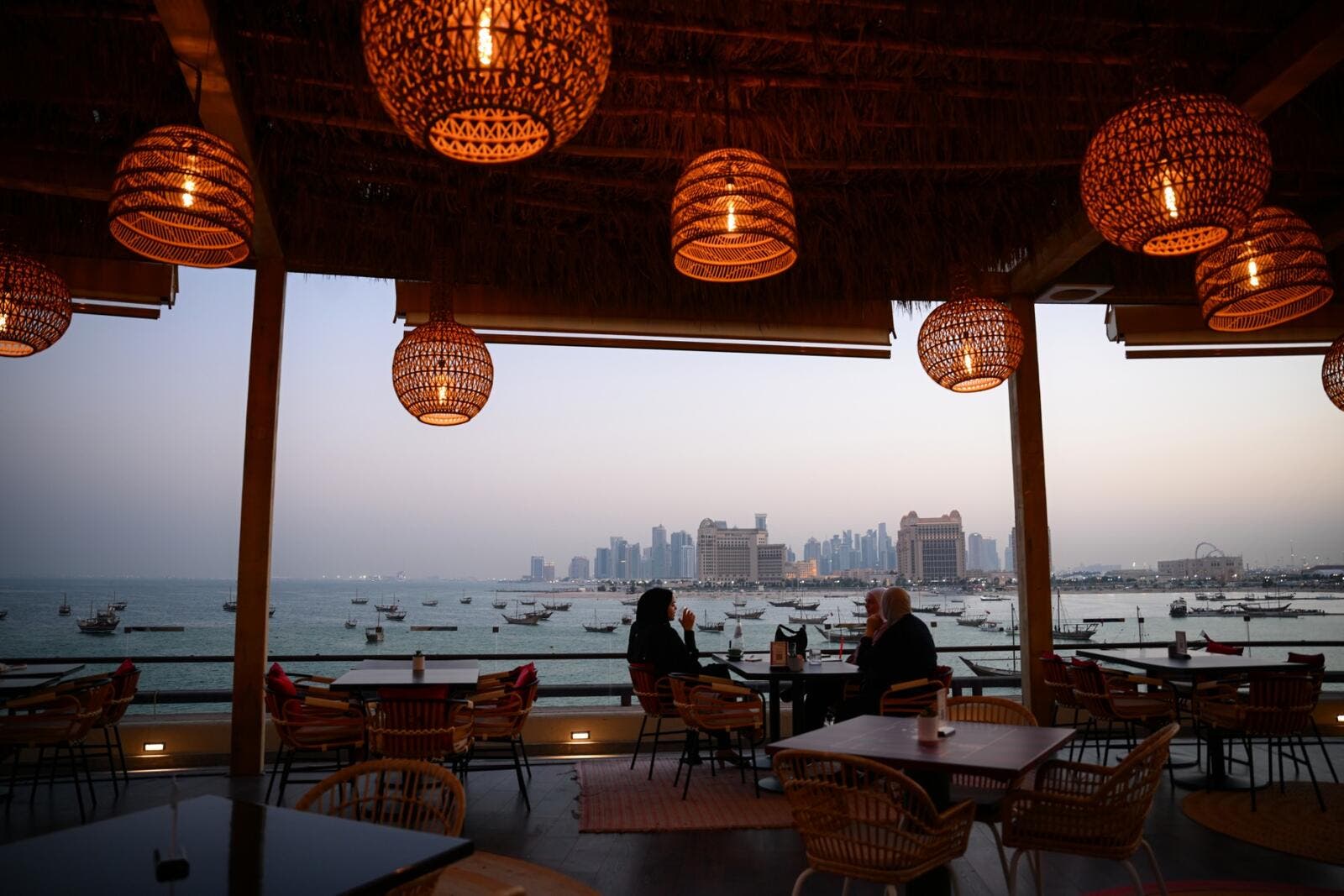 Women sit on the terrace of a cafe in the Katara Cultural Village, in Doha on November 16, 2022, ahead of the Qatar 2022 World Cup football tournament (Photo by Anne-Christine POUJOULAT / AFP)

The Ministry of Awqaf and Islamic Affairs in Qatar also launched a pavilion to introduce Islam and its teachings during the World Cup 2022.

World Cup fans encounter hadiths -- words, actions or habits of Prophet Muhammad -- on the walls of streets, describing the importance of good deeds.

The opening ceremony of the FIFA World Cup 2022 was last Sunday at the Al Bayt Stadium in Al Khor.

The tournament’s official mascot, La’eeb, whose name is an Arabic word that means super-skilled player, along with the flags of all 32 participating nations were waving on the field.