The Election You're Not Watching: Why Tunisians are Turning Against the Post 2011 Political Order

In 2011, Tunisia stood out as an inspiration for the Arab world- the birth-place of the Arab Spring uprisings which toppled regional autocrats, and the state which came closest to fulfilling the revolutionary promises of democratisation, social justice and political freedom.

Western analysts and media organisations have long lauded the ‘Tunisian example’ and looked optimistically at developments in the small North African state. Tunisia has witnessed 5 consecutive free and fair elections; the country’s 2014 constitution was hailed as progressive, even by Western standards, for enshrining freedom of religion and conscience and mandating gender equality; active institutions of civil society have remained politicised, involving themselves in protests against Saudi Crown Prince Muhammad bin Salman and continuing to push for greater government accountability.

Most importantly, the country proved a pioneer in overcoming perhaps the most significant obstacle to political reform in the region- maintaining cordial, working relations between Islamist and secular political elites.

Yet those who have watched Tunisia more closely have detailed a less rosy picture. To everyday Tunisians, democracy seems to have failed to deliver on economic progress, a major demand of the revolutionaries of 2010/11.

Yet those who have watched Tunisia more closely have detailed a less rosy picture. To everyday Tunisians, democracy seems to have failed to deliver on economic progress, a major demand of the revolutionaries of 2010/11.

The International Monetary Fund, a major creditor of the Tunisian government has mandated austerity measures to stabilise the country’s economy. Economic growth remains sluggish and unemployment remains high. On a range of key economic indicators, the country’s position is worse than in 2011.

Further, many argue that the country’s party system and a grand coalition struck between the moderate Islamist Ennahda party and the big-tent, secular Nidaa Tounes have produced dysfunction, inefficiency, and a lack of accountability. Many Tunisians believe that parties have continued to ‘play politics’ whilst ignoring the demands of voters.

Dissatisfaction with democracy is growing - a 2019 survey by the International Republican Institute, a Washington based think-tank, documents that 46% of Tunisians somewhat or greatly distrust the government, 59% somewhat or greatly distrust parliament and 70% distrust political parties. According to Afrobarometer, a pan-African research network, whilst 70% of Tunisians agreed in 2013 that ‘democracy is the most preferable form of government’, that number had dropped to 46% in 2018.

For those who have followed these travails closely, the results of last Sunday’s Presidential elections came as little surprise. The election was an exceptionally competitive one. No candidate in a crowded field of 26 secured more than 20% of the vote.

But as results filtered in early this week, it became clear that Tunisians had turned decisively against the post-2011 political order. Secular and Islamist elites have been brushed aside in favour of two political outsiders who will be proceeding to second round elections later this month: Nabil Karoui and Kaïs Saïed. 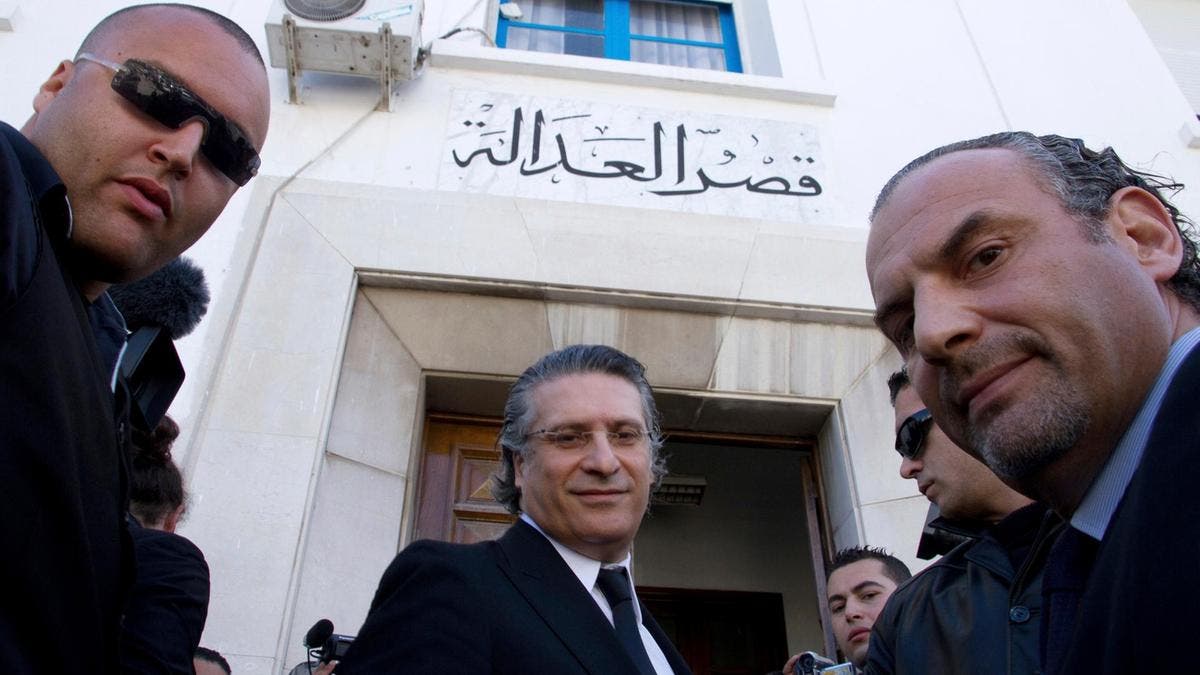 The former is a media mogul, who co-founded the Maghrebi television station Nessma with the notorious ex- Italian Prime Minister Silvio Berlusconi in 2007 and is currently imprisoned on charges of tax evasion and money laundering; the latter, an eccentric Professor of Constitutional Law at the University of Tunis who believes in the abolition of parliamentary elections and their replacement with a system of local council based democracy.

But as results filtered in early this week, it became clear that Tunisians had turned decisively against the post-2011 political order.

Mr Karoui, 55, is described by Tunisian political analyst Mohamed Dhia Hammami as a ‘familiar brand of populist’. Like many of his populist contemporaries in the West, he came to fame as a media personality and has strong brand recognition in the country. Despite significant personal wealth, Karoui has attempted to pitch himself as a champion of the poor and forgotten.

Since 2017, he has used his charitable work as the founder of Khalil Tounes, named after his son who died in a car accident, to garner popular legitimacy. Mr Karoui argues that his son’s passing had a significant effect on his personal outlook and encouraged him to attempt to represent the interests of those without a voice. Mr Karoui’s personal story, and his arrest on what his supporters describe as highly politicised charges, have played on another familiar populist strategy - using the language of victimisation to secure political advantage.

Indeed, his campaign drew analogies between the plight of Mr Karoui and that of former South African President and anti-Apartheid leader Nelson Mandela. Mr Karoui, in light of these traits, has drawn the majority of his support from Tunisians who lack formal education, the elderly, and those who feel marginalised by the country’s economic coastal elite.

Though Mr Saïed, 61, is certainly an enigmatic outsider, he is a less straightforwardly populist candidate. Kapitalis, a Tunisian news website described him as a ‘free electron shaking up the political scene’, and Mr Hammami argues that his views are far more revolutionary than those of Mr Karoui. Mr Saïed allegedly funded his 2500 JOD deposit to run for election through donations from friends and family, ran a shoestring electoral campaign, and is unaffiliated to any political party.

Mr Saïed allegedly funded his 2500 JOD deposit to run for election through donations from friends and family, ran a shoestring electoral campaign, and is unaffiliated to any political party.

Coming to attention during the drafting phase of the 2014 constitution, Mr Saïed is known to voters as an erudite speaker of classical Arabic and a fiercely independent public intellectual. His status as a professor of law since 1986 has given him a large network of educated and influential allies, and his perceived fidelity to the goals of the 2011 revolution make him a popular candidate among the youth. Indeed, though many have described Mr Saïed as being an unlikely Presidential candidate, his popularity has been rising since the end of 2018. 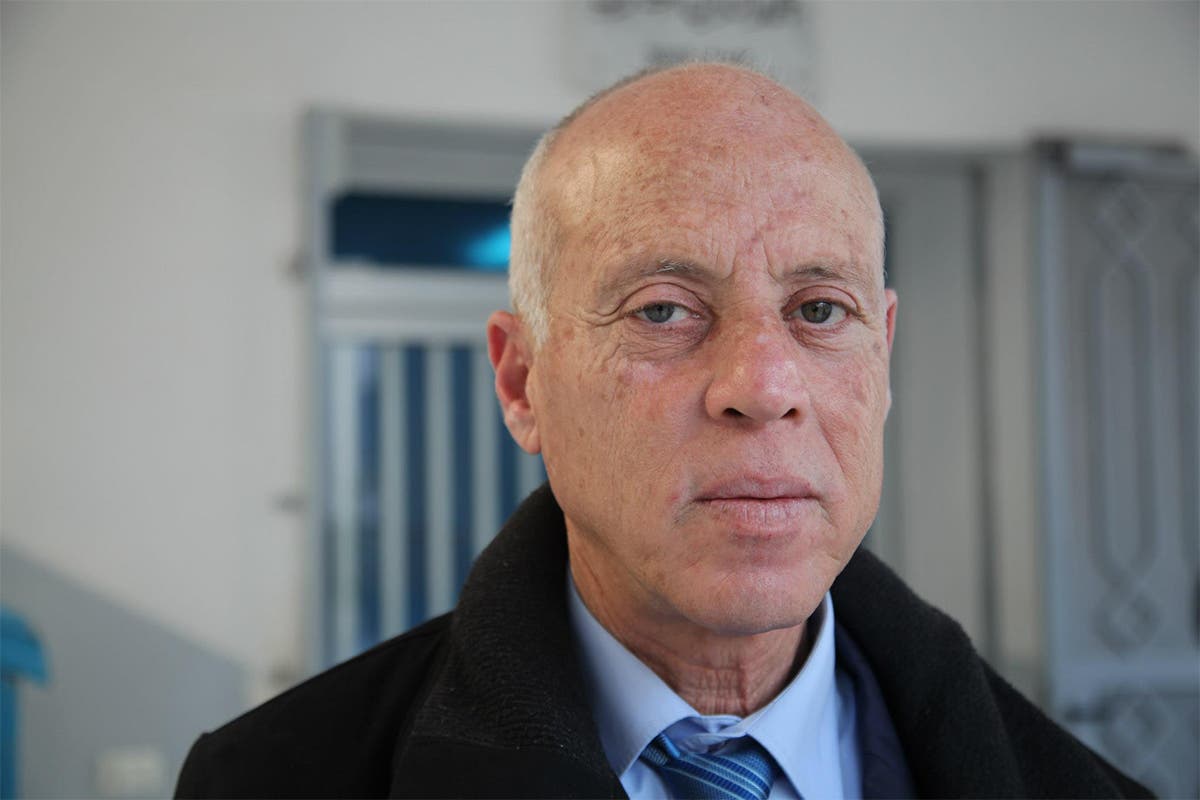 Mr Hammami notes that Mr Saïed has been highly critical of the political elite that emerged after the revolution. Indeed, he has accused these forces of being counterrevolutionary and sees electoral laws as having led to the control of the political system by parties who did not participate in the events of 2010/11. For Tunisians, who are especially distrusting of political parties, Mr Saïed’s decision to run without the support of a party machine proves a refreshing change.

His ideology, which supports a decentralised, federal model in which Tunisians select local representatives to serve as their legislators is, according to Mr Hammami, best described as a ‘form of anti-party councilism’. Important questions remain over the extent to which Mr Saïed’s outlook is shaped by his informal campaign manager and right-hand man, Ridha Mekki, who is popularly known as ‘Lenin’.

Domestic radicalism has been accompanied by interesting posturing on foreign affairs in recent months, raising eyebrows amongst foreign affairs experts as Tunisia prepares to take up a non-permanent seat on the United Nations Security Council next year. Pledges of solidarity with Venezuela, radical views on Europe and a penchant for invoking nostalgic visions of Arab Unity all signal a significant break for a country which has tended to maintain a low international profile. Both Mr Mekki and Mr Saïed may thus be seeking to move Tunisian democracy, and indeed political thinking, into uncharted waters.

Pledges of solidarity with Venezuela, radical views on Europe and a penchant for invoking nostalgic visions of Arab Unity all signal a significant break for a country which has tended to maintain a low international profile.

The relatively poor performance of Ennahda, Tunisia’s leading Islamist party will come as a surprise to many observers, familiar with the party’s success in recent years. Some analysts argue that the reduction in Ennahda’s popularity in recent months has been the result of its movement away from its Islamist origins. Ennahda has been particularly keen to distance itself from other regional Islamist movements, separate out its religious and political functions, and rebrand itself as a ‘Muslim Democratic’ movement.

Yet Mr Hammami notes that this rebrand may have been forced by international pressures, not domestic interests. Ennahda remains a popular force, but its Presidential candidate Abdelfattah Mourou, failed to inspire at the polls. Many Ennahda officials were reluctant to run a candidate for Presidential office and the party, which has long served in coalition governments in the country, may have borne the consequences of lacklustre governing performance, particularly in the economic sphere.

Though the surge of populism in Tunisia should not come as a surprise, its potential implications could be far reaching.

Since the announcement of results, Mr Saïed has managed to secure formal and informal endorsements from a range of other candidates and political figures in Tunisia. Mr Hammami argues that this is a reflection of Mr Karoui’s lack of allies more than a sign of support for Mr Saïed.

The perception that Mr Karoui is deeply implicated in corrupt dealings makes him a political liability. Though he may find support among certain segments of Tunisian society, many therefore predict victory for Mr Saïed in late September.

Regardless of the outcome, as Mr Hammami notes, Tunisia is moving into a ‘very sensitive phase in which the risk of democratic regress is very high’. Though the surge of populism in Tunisia should not come as a surprise, its potential implications could be far reaching.