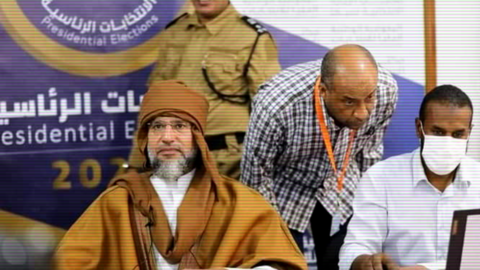 Poll stations in both Zawiya and Garyan, northwestern Libya, were blocked after Saif Al-Islam Gaddafi registration to run in next month’s presidential election.

Moreover, International Criminal Court (ICC) revealed that its arrest warrant against the son of former Libyan president, Muammar Gaddafi, is still valid, according to ICC spokesperson.

The 2021 Libyan general election is scheduled to be held on 24 December.

Saif Al-Islam Gaddafi is a Libyan political figure. He is the second son of the late Libyan president Muammar Gaddafi, who was assassinated in October 2011. Saif Al-Islam was a part of his father's inner circle, performing public relations and diplomatic roles on his behalf.