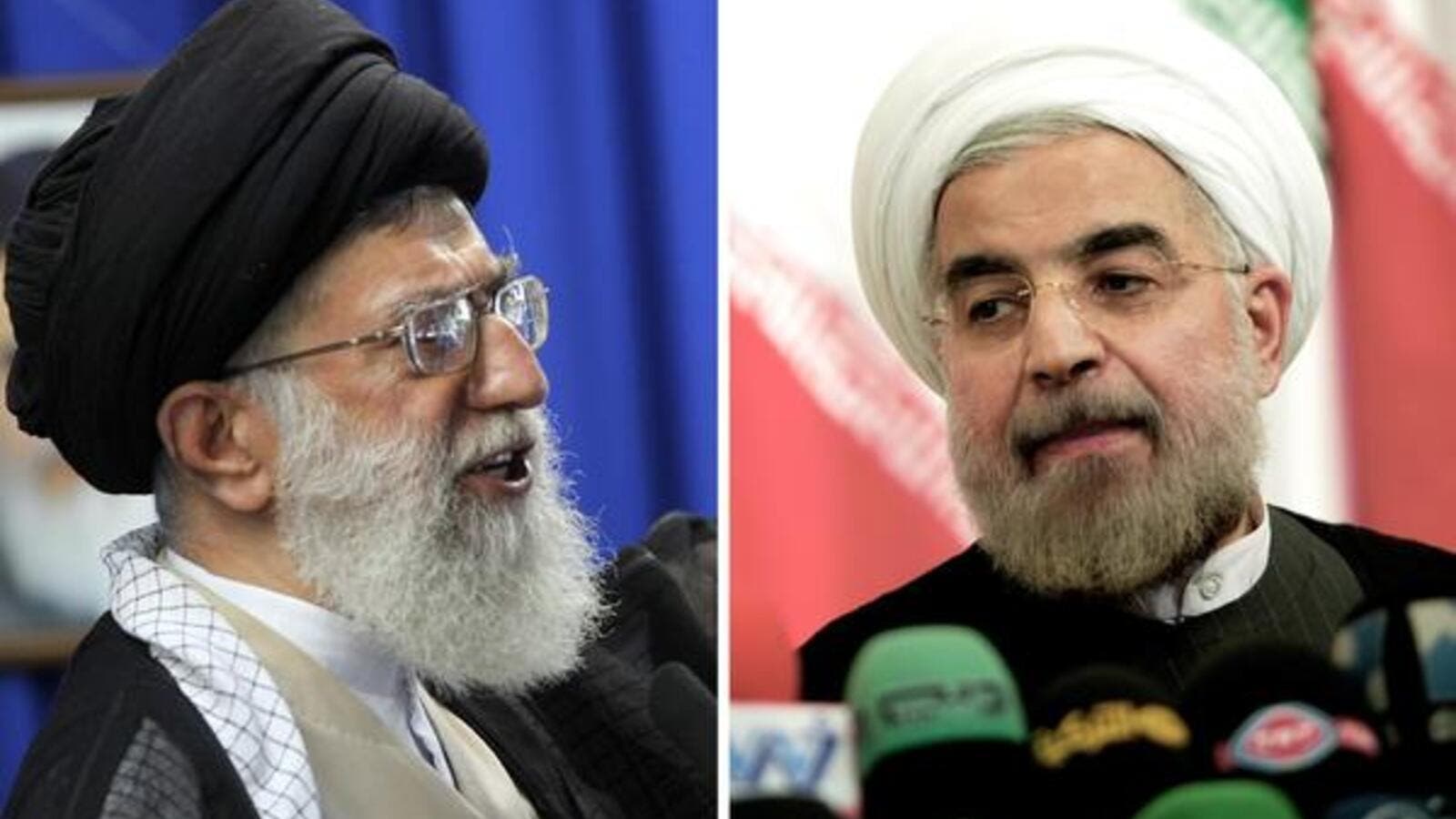 Iran’s supreme leader on Monday accused President Hassan Rouhani’s government of mismanagement, after a string of angry public protests over the dire state of the economy.

Ayatollah Ali Khamenei’s statement was an apparent attempt to deflect public anger over the plunging worth of the rial — the currency has lost about half of its value since April — and wider economic woes due to tough new US sanctions on Tehran.

“More than the sanctions, economic mismanagement is putting pressure on ordinary Iranians ... I do not call it betrayal but a huge mistake in management,” Khamenei said.

The leader’s speech adds to the growing pressure on Iran’s beleaguered government. Aside from the economic concerns, footage of protests indicates a more fundamental dissatisfaction with the regime, with chants of slogans such as “death to the dictator” and demands for an end to Iran’s costly regional interventions in Lebanon, Syria and Yemen while Iranians suffer economic pain.

The Iranian leader also ruled out any talks with the US, following last week’s reimposition of sanctions after President Donald Trump pulled out of the 2015 deal aimed at curbing Iran’s nuclear program.

Thousands of Iranians have protested in recent weeks against sharp rises in the prices of some food items, a lack of jobs and state corruption.

The rial has lost about half of its value since April in anticipation of the renewed US sanctions, driven mainly by heavy demand for dollars among ordinary Iranians trying to protect their savings.

Meanwhile, Iran on Monday unveiled a next generation short-range ballistic missile. State broadcaster IRIB said the new Fateh Mobin missile had “successfully passed its tests” and could strike targets on land and sea. Previous versions of the missile had a range of about 200 to 300 kilometers.

“The missile is launched from a mobile launcher that provides for denial and deception tactics to hide such launchers from overhead surveillance … much like the Houthi militias are doing in Yemen,” he said.