Published November 23rd, 2021 - 09:35 GMT
Bahraini police leave after dispersing protestors during clashes following the funeral of Ali Abdulghani, 17, whose family says died of injuries suffered in a police chase, in the Shiite village of Shahrakkan, south of Manama on April 5, 2016. (Photo by MOHAMMED AL-SHAIKH / AFP)
Highlights
Number of arrests not disclosed

Bahrain’s Interior Ministry on Monday announced it had arrested a gang of armed terrorists it said were linked to groups in Iran. 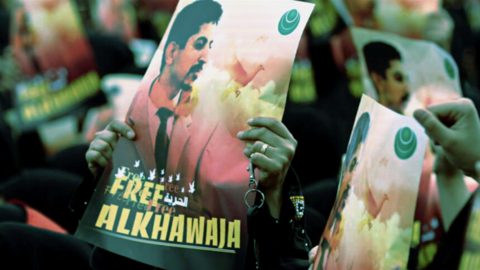 “Terrorists (were) arrested for plotting terrorist operations against security and civil peace,” the ministry said on Twitter.

As part of efforts to protect national security, a proactive security operation in cooperation with the National Intelligence Agency, the CID: Terrorists arrested for plotting terrorist operations against security and civil peace.

“Weapons and explosives from Iran were seized” from the group who “are linked with terrorist groups in Iran,” the brief statement said.

Bahrain, host to the US Navy’s Fifth Fleet and other international naval operations, has often accused Iran of provoking unrest in the kingdom.

US Defense Secretary Lloyd Austin warned on Saturday that Washington was capable of deploying “overwhelming force,” and that all options would be open if diplomacy fails to halt Iran’s nuclear program.

Robert Malley, the US envoy for Iran, also warned on Friday that Tehran was approaching the point of no return and that “time is short” for reviving a nuclear deal.

The warnings came as Rafael Grossi, head of the UN’s atomic watchdog, expressed hope of “establishing a fruitful and cooperative channel of direct dialogue with Iran in his upcoming visit to Tehran.”

In a tweet on Monday, Grossi wrote: “I’m traveling to Tehran today for meetings with Iranian officials to address outstanding questions in #Iran. I hope to establish a fruitful and cooperative channel of direct dialogue so the @IAEAorg can resume essential verification activities in the country.”

On Friday, the International Atomic Energy Agency  said Tehran had again increased its stockpile of highly enriched uranium, many times in excess of the limit laid down in the 2015 agreement.

Grossi’s visit comes as Iran readies for talks with world powers in Vienna on Nov. 29 on saving Tehran’s 2015 deal with major powers, that promised it sanctions relief in return for curbs on its nuclear program.

Iran said it hoped a visit by the chief of the IAEA would be “constructive.”

“We hope that Rafael Grossi’s visit will be as constructive as the previous ones,” Foreign Ministry spokesman Saeed Khatibzadeh said in Tehran.

PT: Weapons and explosives from Iran were seized from the arresttees who are linked with terrorist groups in Iran.

“We have always advised the IAEA to stay on the path of technical cooperation, and to not let certain countries pursue their political orientations on behalf of the IAEA.

“We will leave for Vienna with a full team and a serious will to lift the sanctions,” Khatibzadeh said.

“The other parties should also try to come to Vienna to reach a practical and comprehensive agreement.”

Grossi was last in Tehran on Sept. 12, where he clinched a deal on access to monitoring equipment at Iran’s nuclear facilities.

Asked whether Iran feared a US military intervention if negotiations fail, Khatibzadeh pointed to the US military pullout in Afghanistan in August. 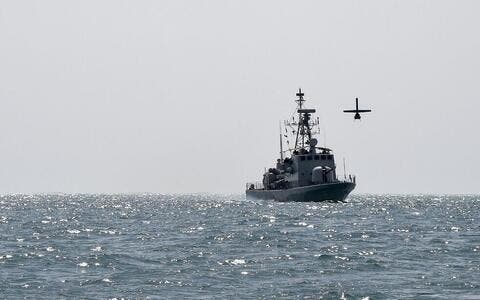 “We have seen all their options in a country like Afghanistan and they have seen the outcome of those options; do not believe what they say,” he said.

Khatibzadeh accused the US of trying to “sell a false narrative to the international community in order to create a psychological atmosphere in the run-up to the Vienna talks,” adding that it “will not help them at all.”